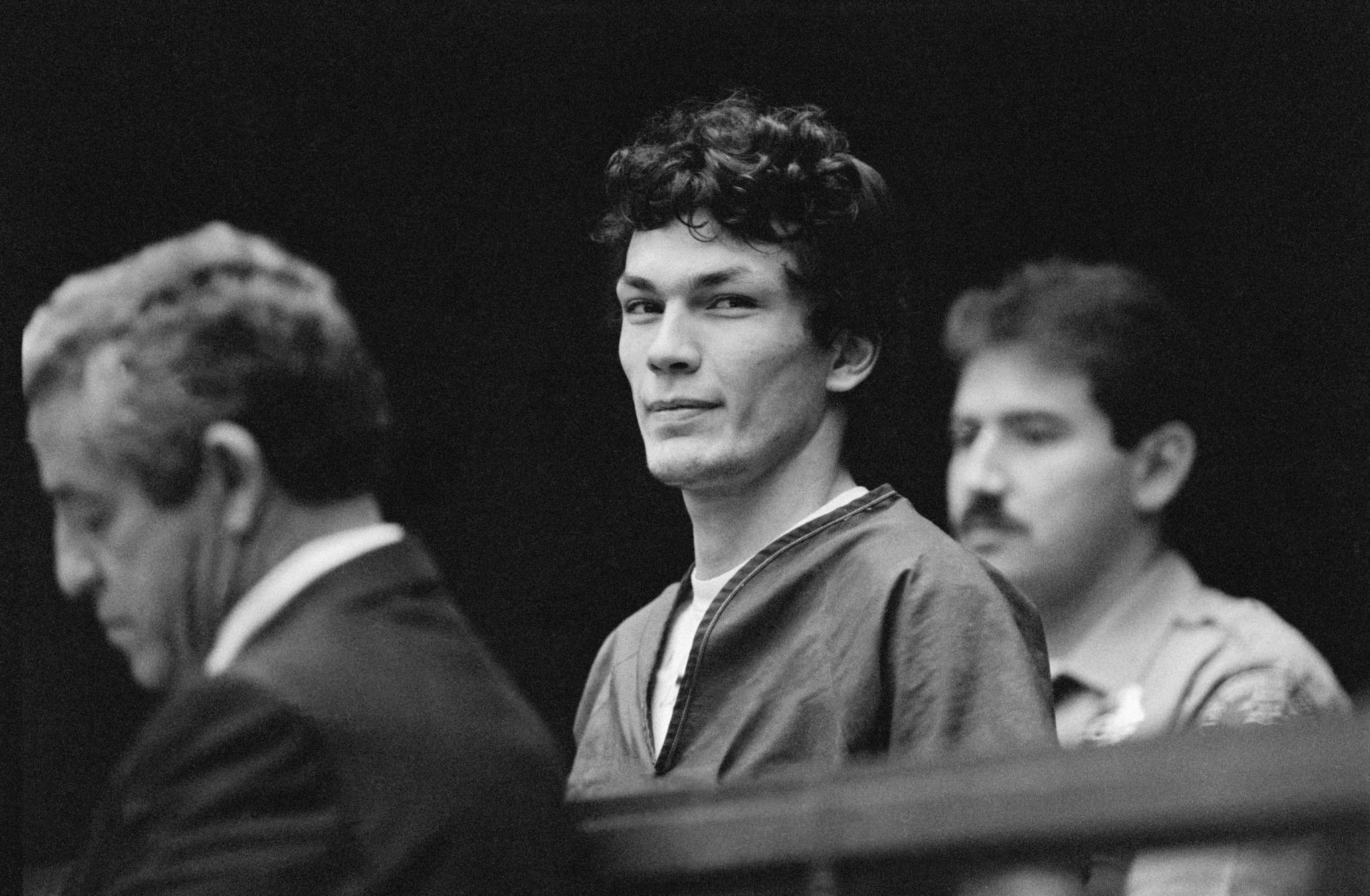 Teeth are a pretty big deal in Hollywood — just ask Meryl Streep when she did Big Little Lies or Rami Malek when he portrayed Freddie Mercury in Bohemian Rhapsody. In the case of Richard Ramirez, the infamous Night Stalker serial killer, they can mean life or death. Ramirez murdered at least 14 people around Los Angeles and San Francisco from 1984 to 1985. Before finding physical evidence that identified him, the LAPD publicized a composite sketch of his appearance, which emphasized his bad teeth. Yet in American Horror Story: 1984, we haven't seen this detail as we encountered Ramirez, even though it was a crucial part of his eventual capture.

New cast member Zach Villa has been terrifying us in season nine of the anthology series with his creepy impression of the serial killer. Still, even in the shadowy working hours of the Night Stalker, Villa clearly has beautiful pearly whites, a detail that viewers quickly pointed out on Twitter.

Ramirez had distinct features. He was lanky with protruding eyes and curly, dark hair. Those who survived the Night Stalker's brutal assaults also reported that he had distinctly damaged teeth — they were rotten, gapped, and stained. The LAPD used this information to create a publicized composite sketch of the Night Stalker.

Late in August of 1985, 13-year-old James Romero saw a suspicious guy in an orange Toyota one night. He noted the car's appearance and part of the license plate. His family then phoned the police, who later found the vehicle abandoned in a parking lot and lifted a fingerprint from it (despite Ramirez's efforts to leave the car spotless). Authorities deduced that Romero had likely just seen the Night Stalker. From the print, the police identified the Night Stalker as Richard Ramirez, who looked exactly like the composite sketch. Ramirez's real picture, a mugshot taken for a car theft, would then be publicized.

On Aug. 31, a woman saw Ramirez and shouted, "El maton" (the killer), recognizing him as the murderer all over the news. He attempted to flee in an unlocked car, but a group of people in a Los Angeles neighborhood beat him up after seeing him trying to steal it. When an officer came to address the fight, the crowds watching repeatedly said that Ramirez was the infamous Night Stalker.

At the time of Ramirez's arrest, nine of his teeth, according to forensic dentists who testified during his trial, were decayed, with teeth missing from his lower and upper gum. His dental work would also prove to be important in establishing that he didn't have an alibi. While his father said he was in El Paso, TX, during a week of three attacks, a Los Angeles dentist said he had treated Ramirez in that period. After he was convicted, Ramirez ended up getting his teeth fixed while on death row.

American Horror Story isn't a true-crime show, despite often drawing from real stories. It's not so much about the authenticity of the series as it is about the horror of it. And the satanical shoutouts and rampant murdering are definitely terrifying on the own. Still, for a series with spectacular costumes and effects, this might feel like an oversight for viewers. Perhaps the show isn't down with teeth-shaming, or fake chompers felt too uncomfortable or gimmicky. Whatever the reason, we can agree that thoughts of the Night Stalker, great teeth or not, will be keeping us up.