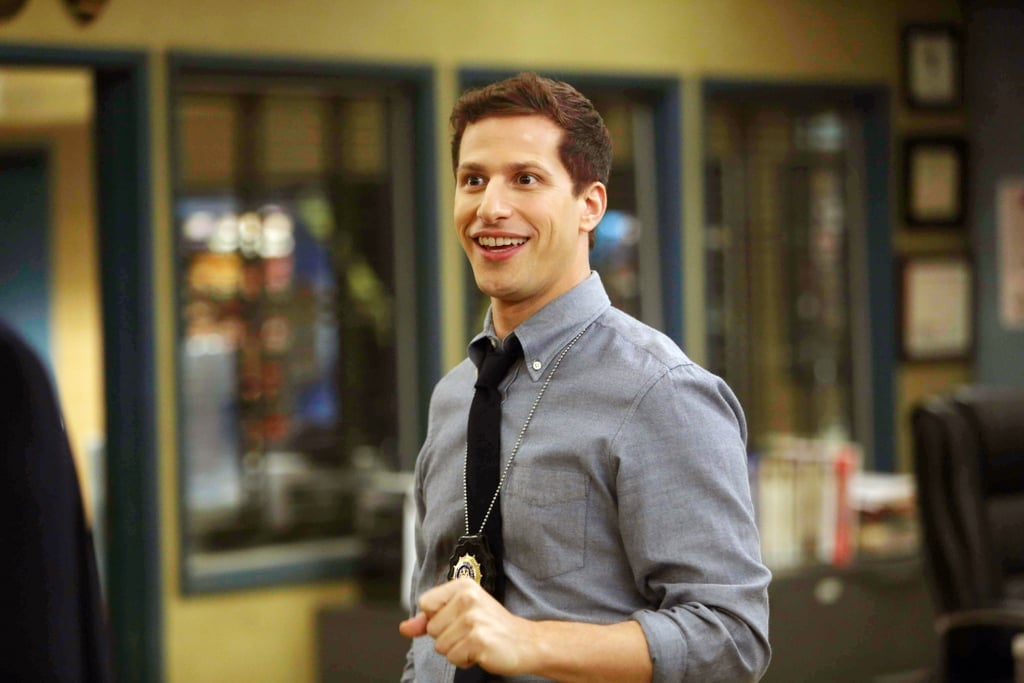 Here's some news I definitely needed to hear today: Brooklyn Nine-Nine has been renewed for season eight! And, despite how happy I am about NBC's renewal of the cop comedy, nothing compares to how psyched the cast of the show was when they heard the big news.

On Thursday, the show's official Twitter account shared footage of core cast members like Andy Samberg, Terry Crews, Melissa Fumero, Joe Lo Truglio, and more finding out that the network indeed wants them to return for an eighth season of the hilarious NYPD police sitcom. In addition to loud cheers and applause, Crews — who plays fan-favorite Terry Jeffords — reacted by adorably throwing his script high into the air. (The only thing missing was Andre Braugher screaming "HOT DAMN!")

Check out the cast's extremely pure reaction below, and then see what other buzzy TV shows have been renewed so far this year!

Good things come to those who w8. The #Brooklyn99 squad will be coming back for Season 8 on NBC! pic.twitter.com/bQsGYA4oG9