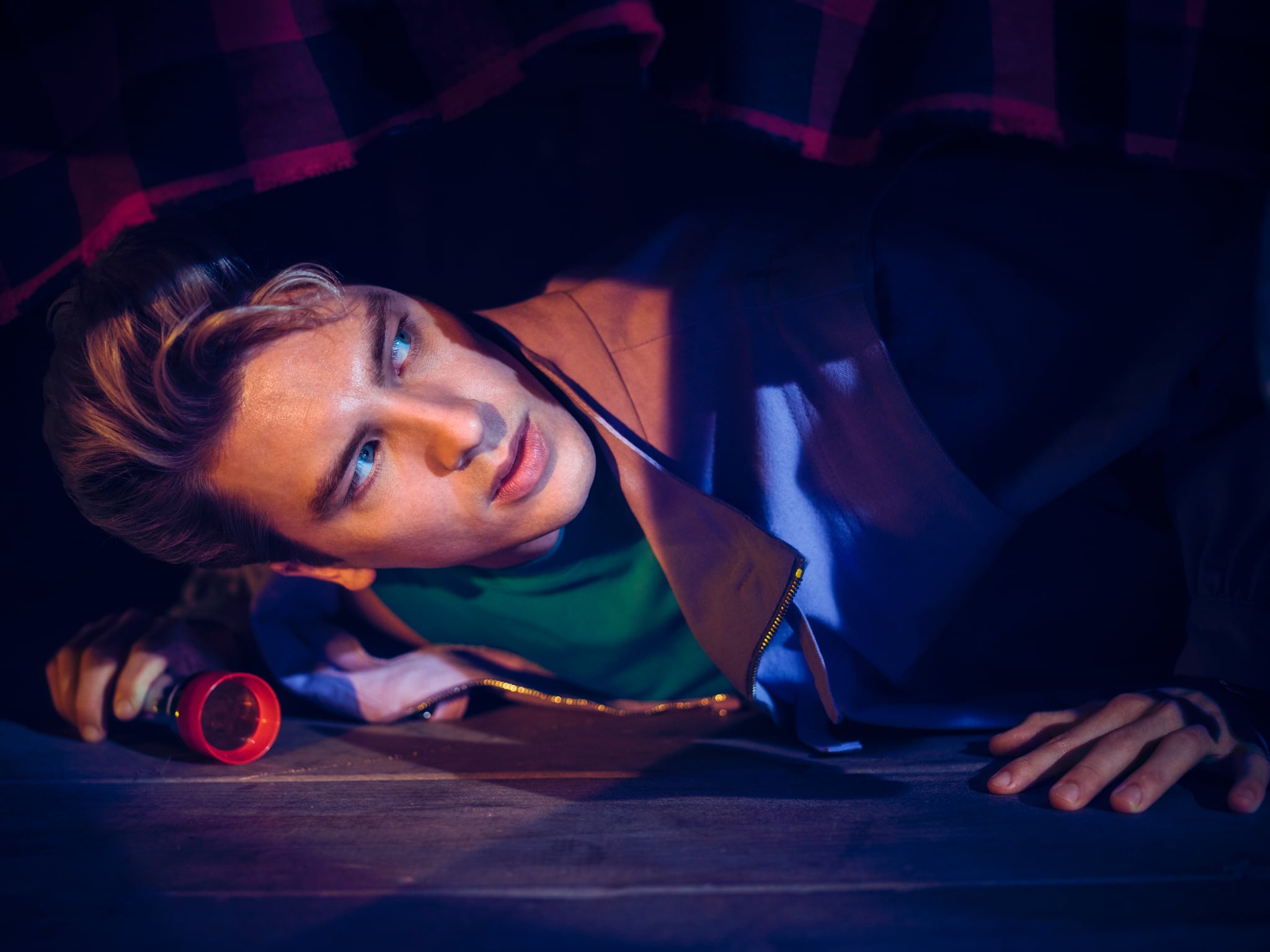 American Horror Story: 1984 has, for the most part, felt like a slasher true-crime series, with seemingly innocent characters cozying up with serial killers left and right. But the brief and important ghostly happenings make it definitely not true crime. Since we know supernatural stuff is happening on the back burner, what if everyone is already dead, à la Murder House? This reveal, were it to really happen, would definitely account for all the weird little details at the camp, that's for sure.

The biggest clue about spookier forces at play is none other than Jonas the hiker. We first meet Jonas when the group hit him with their car on their way to Camp Redwood. The car doesn't kill him, but Mr. Jingles sure does, even leaving him in a closet for Brooke to discover. But Jonas is back in the second episode, and the Night Stalker (aka Richard Ramirez) kills him again. Then again. During this second encounter with Richard, he oddly says, "You're not supposed to be here." Then, weirdly, "Wait, I don't die here."

Well, he doesn't, because he first died in 1970 during Mr. Jingles's mass murder. Either he is a ghost or can wield the power of tempus infinitum. We're banking on that first theory, and there's a good chance that Margaret might have something to do with his death, given her oddly calm reaction to seeing her dead colleague.

If Jonas is dead, what if the newbie camp counselors aren't alive either? Let's first look at Ray. Reddit user Supreme000 pointed out that Chet gives Ray a gash on his hand in the premiere, but by the second episode, the cut has already healed. Even if Ray is decapitated by the end of episode three, we might see him yet again. Call it the wonders of ectoplasmic Neosporin.

The same Reddit comment builds on this theory that Ray's a ghost by suggesting everyone has died but no one's aware of being dead, just like Murder House's inhabitants. Many of the counselors going to Camp Redwood, like the people at Hotel Cortez and Murder House, have baggage to deal with — Brooke had a bloody wedding, Chet got kicked out of the Olympics for drug use, Xavier made an adult tape, and Ray accidentally killed that frat pledge. What if Brooke got shot or Chet overdosed? The camp isn't too far off from Los Angeles, home to those other supernatural buildings in the AHS universe.

And there's also the possibility that no one is as innocent as they seem if they're in this bloody, recursive afterlife and not doing retail purgatory like Madison Montgomery. We know Ray accidentally killed that frat guy, so there's a possibility that his camp buddies might not be so innocent as well. Like, what if Brooke gave us an unreliable flashback of the events at her wedding and murdered her groom-to-be herself?

If the campers are really dead, we still have so many questions that need answers. Like, why are Brooke and the other counselors at Camp Redwood specifically? Moreover, how do Mr. Jingles and the Night Stalker fit into everything? If it is 1984, then the Night Stalker hasn't passed away yet, and he hasn't committed most of his known murders yet. We know we'll still be hard-pressed for answers until 1984 at least gives us an inkling of why all this weird stuff is happening.