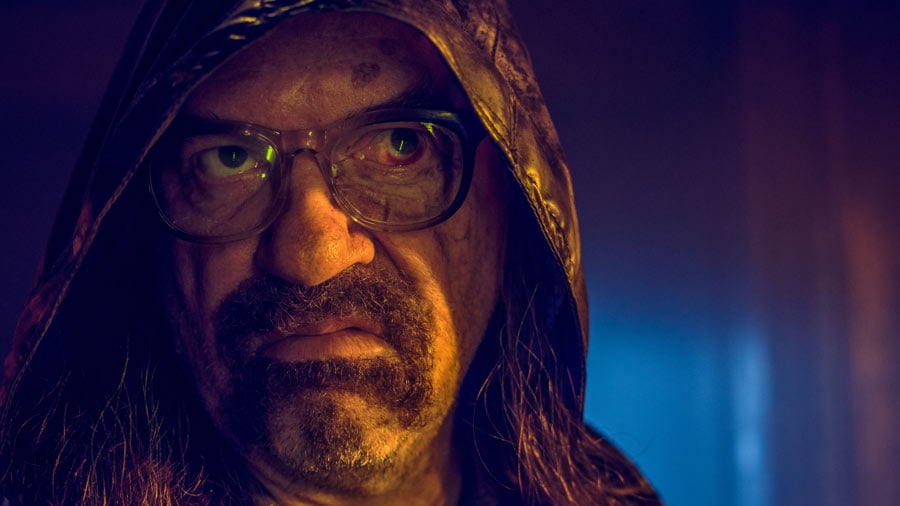 The ninth season of American Horror Story has been an interesting one. Its subtitle is 1984, which tells the tale of a group of counselors being massacred at a Summer camp, à la Friday the 13th or Sleepaway Camp. But so far, it has felt very different from past seasons of the show, and we think we may have figured out why. Read on for our theory, but be warned of spoilers for the season so far.

This season more than any others has seemed very straightforward. Sure, there have been a few good reveals, like faux Nurse Rita (Angelica Ross) actually being in cahoots with Mr. Jingles (John Carroll Lynch), or Montana (Billie Lourd) being romantically involved with the Night Stalker (Zach Villa). But it still seems very much like a camp slasher movie, and that's that.

Plus, it hasn't been very scary. A few jump scares is not why we all watch American Horror Story. This show has been arguably the scariest show on TV for the past decade, yet season nine is more like a season of Scream Queens than AHS.

Related:
That Attack on American Horror Story Was Inspired by a Real Night Stalker Encounter

But here's what we think might be going on. Reddit user collinkillaa recently suggested that everyone might be trapped in a video game, using Jonas the hitchhiker's (Lou Taylor Pucci) repeated deaths as evidence. And the more we think about it, the more we think he might be right — or at least in the ballpark.

We had initially assumed the hitchhiker was a ghost, but it's the fact that he keeps saying things like "you aren't supposed to be here" and "I don't die here" that makes things odd. The person he was saying that to is the Night Stalker, who is definitely mucking things up for the Mr. Jingles storyline. So maybe the Night Stalker is some kind of glitch or virus in the game. Maybe we're about to find out that Evan Peters, Sarah Paulson, and some other conspicuously absent cast members are actually in 2019 playing a game designed to mimic a 1980s slasher movie, but one of them introduced the Night Stalker into the game. 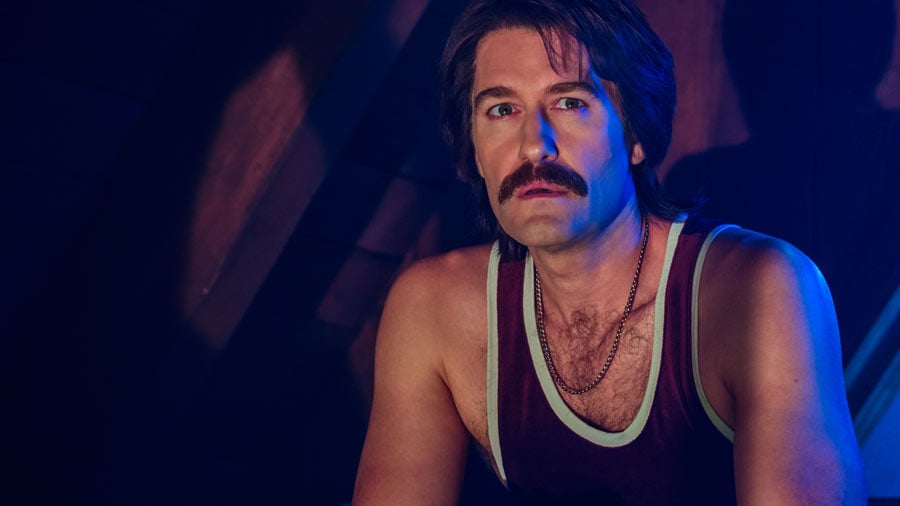 Or here's a twist on this theory that we also think fits. What if a bunch of people are playing a role-playing game, like Dungeons & Dragons? And they typically play this 1984 Summer camp scenario, but this time one of the players has gone rogue and is inserting him or herself as the Night Stalker into the narrative? It would explain the elaborate backstories we've seen for some of the characters — Brooke's (Emma Roberts) wedding, Ray's (DeRon Horton) fraternity hell night, Margaret's (Leslie Grossman) part in the first massacre. When you play something like D&D or Rollmaster, typically you are able to design a character with a detailed backstory, so that would explain those features of the show.

This would also explain a few odd choices we've seen at times.

Mr. Jingles generally kills everybody he comes across . . . except that one dorky kid who dressed like him to play pranks. What if the person playing Mr. Jingles in the RPG didn't roll high enough to be able to kill that kid, so the kid got to survive?

Related:
Will Sarah Paulson Reprise a Fan-Favorite Role in AHS: 1984? This Theory Is Convincing

And Trevor (Matthew Morrison) was obviously designed to be a total d-bag and quite self-centered. Yet in episode three, he wanted to go check on Margaret and the camp cook, Bertie (Tara Karsian). That feels like maybe something "Trevor" wouldn't do, but the person playing Trevor decides to do because they want to include more people, or to take the game in a different direction.

Finally, that Montana reveal at the end of episode three certainly feels like someone in an RPG reacting to another player. "Oh, you're going to be the Night Stalker and run around screwing up our fun slasher camp scenario? Well, fine, then I'm going to make out with you and become your accomplice." Whoever is playing Montana rolled high enough to make that happen, and now the person playing the Night Stalker has to go along with it.

Knowing AHS, neither one of these ideas is even close to being on the mark. But they are something to chew on, because this season definitely feels off so far — and we're dying to find out the twist.