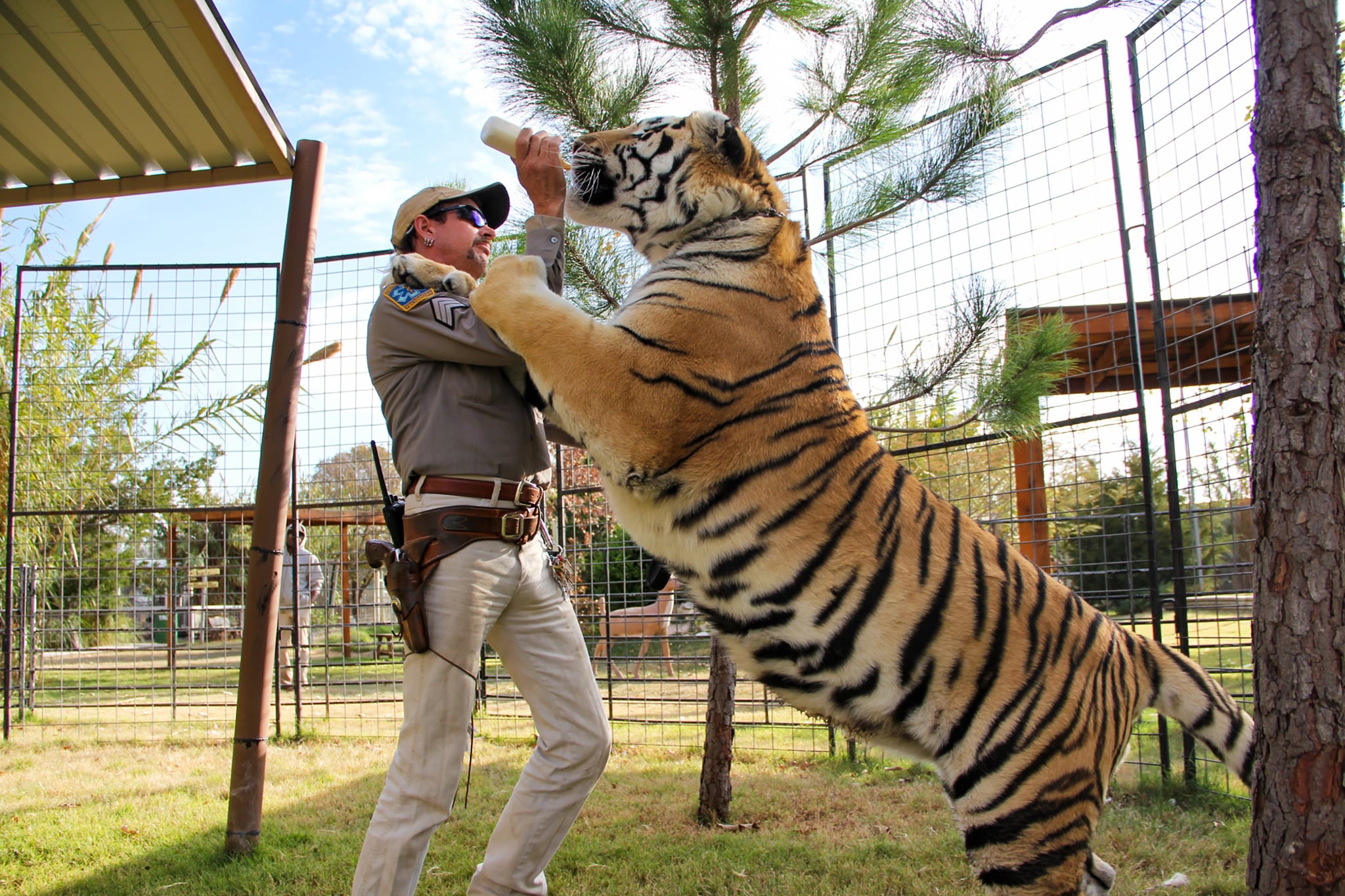 Update: Netflix has confirmed that an after-show called The Tiger King and I, hosted by Joel McHale, will be available to stream on April 12. The special will include interviews with some of the documentary's biggest characters: John Reinke, Joshua Dial, John Finlay, Saff, Erik Cowie, Rick Kirkman, and Jeff and Lauren Lowe.

Original post: Is there going to be a bonus episode of Tiger King on Netflix? That's not a question we expected to be asking, but thanks to a recent comment by Jeff Lowe, one of the show's stars, it's on everyone's minds. Here's what you need to know about the rumored extra episode and when it might become available.

In a Cameo video sent to Justin Turner, a Los Angeles Dodgers baseball player who posted the clip on Twitter, Lowe claimed that Tiger King was in the midst of filming an extra episode. "Netflix is adding one more episode. It will be on next week. They're filming here tomorrow," he said. Other than Lowe's comment, however, there has been no announcement or word from any of the other cast members. According to NBC News, Netflix did not respond to a request for comment as of April 5, so any hopes for a new episode should be taken with a grain of salt until Netflix itself confirms things.

Of course, this wouldn't be entirely unprecedented on the part of Netflix. Lowe's comments make it sound like the potential bonus episode is some sort of an epilogue or "where are they now" story. Earlier this year, Netflix surprised viewers with a Love Is Blind reunion episode, announced only days before it ultimately aired. However, it's hard to imagine a full-fledged "reunion" format for a possible Tiger King episode. Given that some of the cast members, notably Doc Antle and Carole Baskin, were particularly incensed about their portrayals on the show, and Joe Exotic himself is in prison, a true "reunion" wouldn't be possible, and it might be difficult to convince some cast members to let Netflix film them again, if it's not already in their contracts.

Tiger King has certainly been one of the buzziest shows Netflix has had in quite some time. Following the exploits of a group of big-cat breeders, keepers, and enthusiasts, the docuseries has gained a huge following for its outre characters and the conspiracy-theory-attracting juicy drama. But until Netflix reveals its plans for the future of the show, it's all speculation.