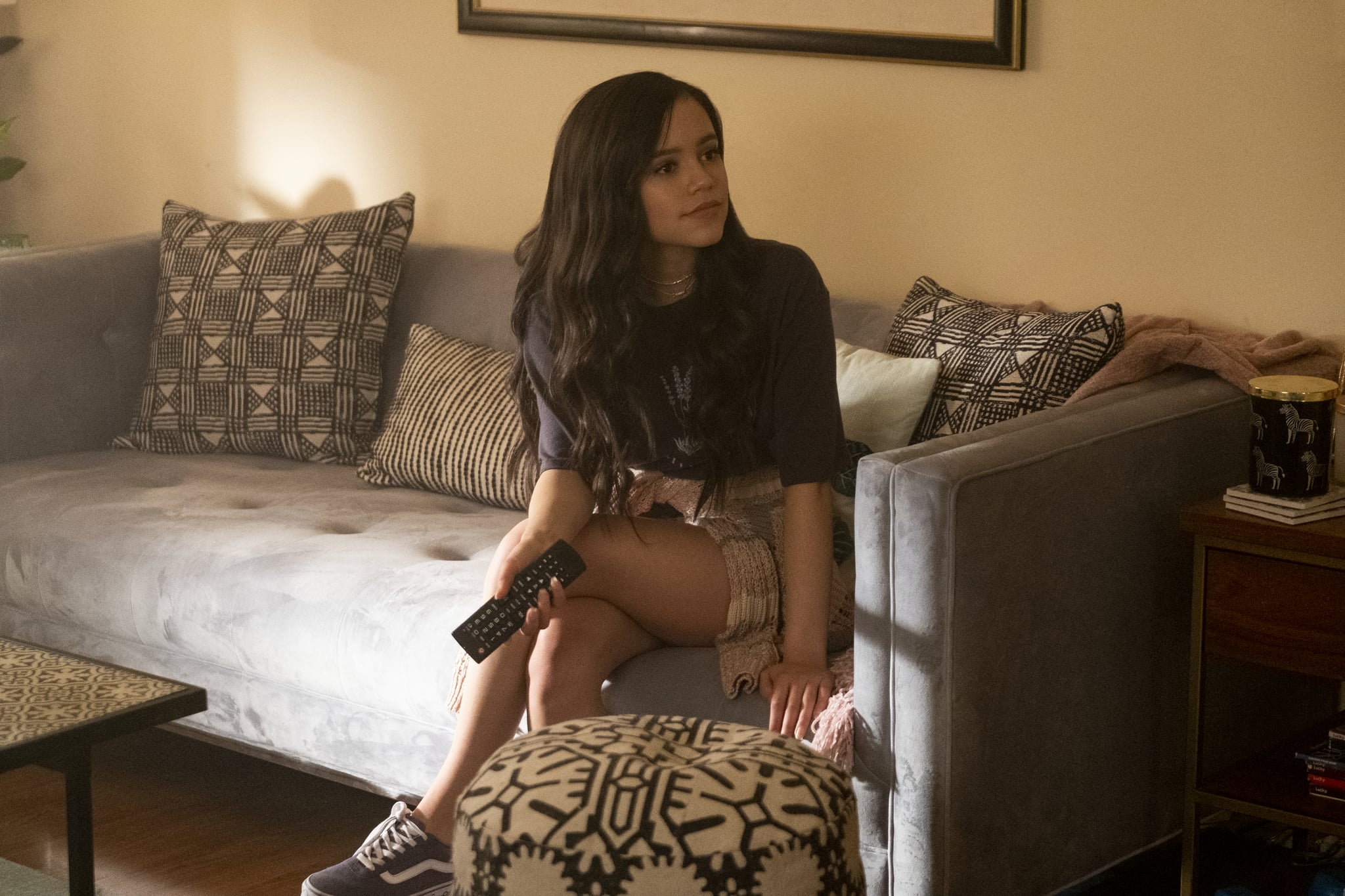 Jenna Ortega is showing a whole new side of herself on You season two. Though the 17-year-old is no stranger to the small screen, having previously starred on Disney Channel's Stuck in the Middle and The CW's Jane the Virgin as a young Jane, playing Joe Goldberg's (Penn Badgley) young LA neighbor Ellie on the Netflix series is certainly a stark contrast from her previous roles. While her Stuck in the Middle character, Harley, was a brilliant young inventor growing up in the middle of seven children, Ellie is a savvy city girl whose only family is her older sister Delilah.

"My goal in acting was I never wanted to be pigeonholed into a certain character type," she told POPSUGAR. So, when she got the audition for You season two, she saw it as the perfect opportunity to "break away" from the Disney Channel mold. "I am so appreciative of my Disney time, and I am so glad I got to do [Stuck in the Middle]. It changed my life," she said. "I just wanna do different things, and I felt like [Ellie on You] was a good role to really be seen in a different light and change people's perspective of me rather than just being this Disney princess. Plus, I am so in love with the writing, so it is superexciting for me to even be apart of something like that."

"It was a good role to really be seen in a different light and change people's perspective of me rather than just being this Disney princess."

Seeing that the first season was such a big hit, Ortega definitely felt the extra pressure to live up to the hype in season two. "I remember when we did the first table read for the first script, I was so nervous," she said. "I was like, what if I go in there and I am terrible, and they just fire me on the spot? What if nobody enjoys it? But after I did some reads with Penn, he looked at me and was like, 'You know what? I am so charmed by you.' Right when he said that, I could just feel my body relax at last, and I was like, alright, it is going to be cool." 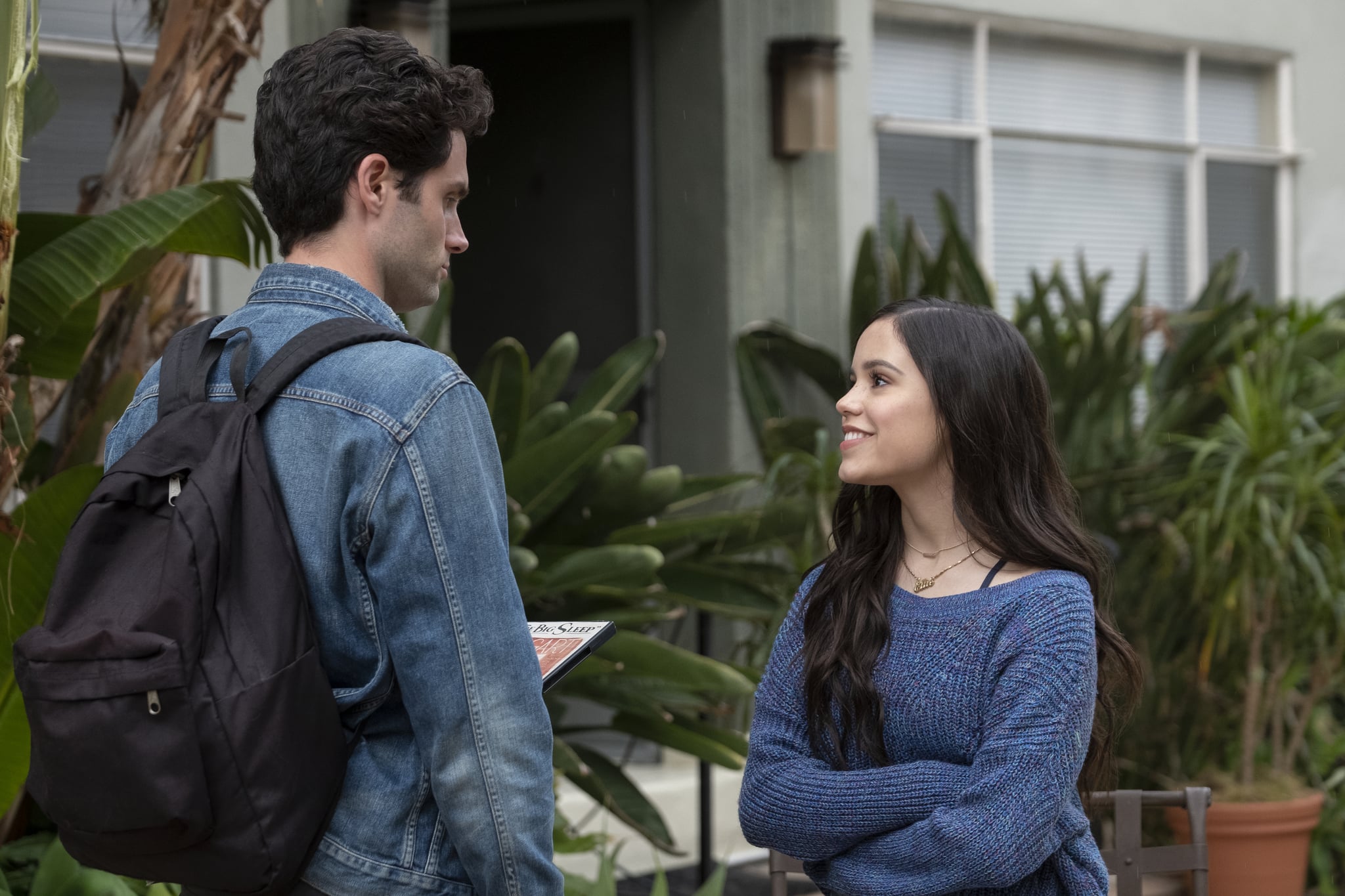 While playing Ellie shows a whole new side of Ortega, it also shows the murderous main character, Joe, in a new light. After seeing a bit of himself in the teenager who was forced to grow up too fast, he takes Ellie under his wing and becomes a parental figure for her. "Penn actually told me, he said that some of his favorite scenes were the ones that he got to shoot with me because he finally felt like a human and not this disgusting representation of a man," Ortega said. "Anytime he got to film with me, he said it was like relaxing for him because we have these nice, real organic moments."

Of course, that didn't stop Ortega from getting creeped out over Badgley's serial killer Joe scenes. "There were also times where we would be shooting scenes and I would genuinely get scared," she said. "Because when he is in it, he gets this look in his eyes, and I don't think I've never seen someone play the line of supersweet guy but also serial killer so nicely. He could go from charming to like I need to get out of this room right away just with his facial expression, which is so hard to do, but he kills it every time."

"I've never seen someone play the line of supersweet guy but also serial killer so nicely."

Though Ortega has no idea if her character will come back for season three — Netflix hasn't officially announced the show's renewal yet — she definitely has a few suggestions. "I hope Ellie comes back as even more of a badass than she already is," she said. "I feel like she is so powerful, and I don't want her to ever come back as a weak link because for me; I want strong, empowering female characters. It is hard when you have this white Caucasian male who is a serial killer and gets away with everything that he does because he is privileged and is leading the show. I just know that if/when Ellie comes back, she has to come back more powerful than ever, and I seriously want her to be a threat to Joe. Whether that puts her in danger or not, I don't care as long as she is somebody that people can feel strongly about and be proud to stand behind."