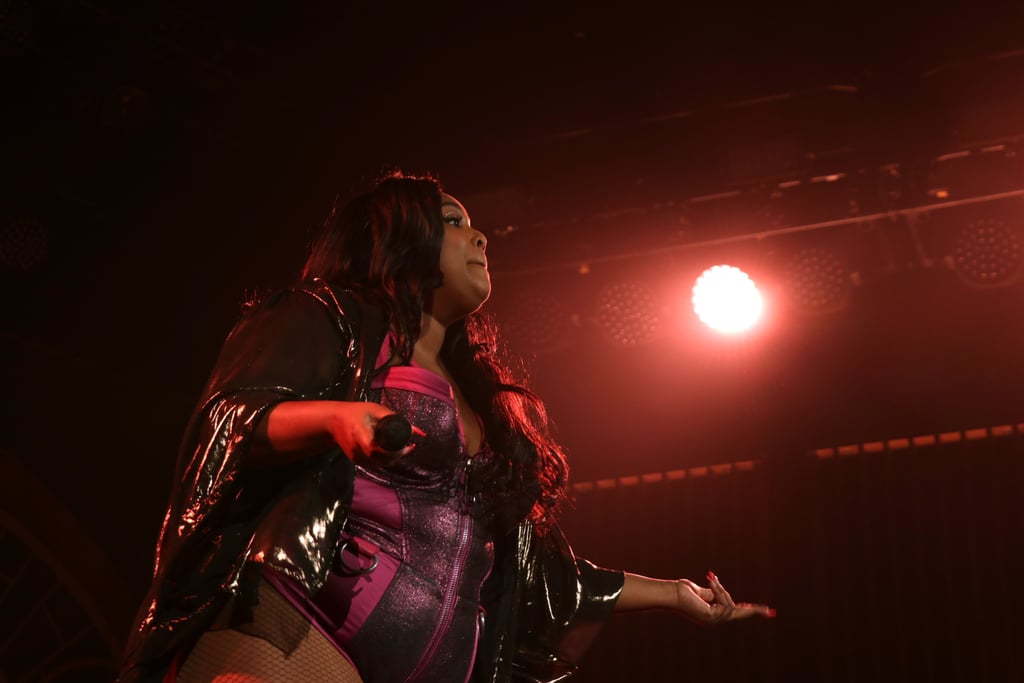 Lizzo Preaches Radical Self-Love on Cuz I Love You Too Tour: "We Are Done With the F*ckery"

The Cuz I Love You Too US tour officially ended at the Bill Graham Civic Auditorium in San Francisco on Monday, Oct. 28. It was the second night Lizzo performed at the auditorium alongside her DJ, Sofia Eris, as well as opener Empress Of. Rising behind a pulpit placed at the center of stage, Lizzo left the auditorium feeling more like a mega church than a music venue. Even though Lizzo's name was carved into the pulpit, this wasn't a Kanye-esque worship of self — instead, Lizzo preached a sermon of learning to love thy self.

"This is self-care for me," Lizzo told the screaming crowd. "By empowering yourself and your identities, you're uplifting the whole damn world."

While to many Lizzo is a necessary force of change within a music industry that has often excluded women of color who don't fit into Eurocentric standards of beauty, Lizzo's path to success was not an easy one. Even her song "Truth Hurts" — which recently spent seven weeks at the top of the Billboard Hot 100 — received little to no attention when it was originally released in 2016. Calling the song's failed release one of her darkest days, Lizzo has made it to where she is now due to sheer determination and her incredible musical talent.

Lizzo showed off this will to persevere when she sat down, overcome with emotion, during the title track of her album, Cuz I love You. Head in her hands, it almost felt like someone was going to come escort her off stage in James Brown fashion. But unlike the godfather of funk, Lizzo didn't need any one to help her up — when Lizzo's down, she gets back up looking better than ever. Ahead, see more highlights from her show in SF.