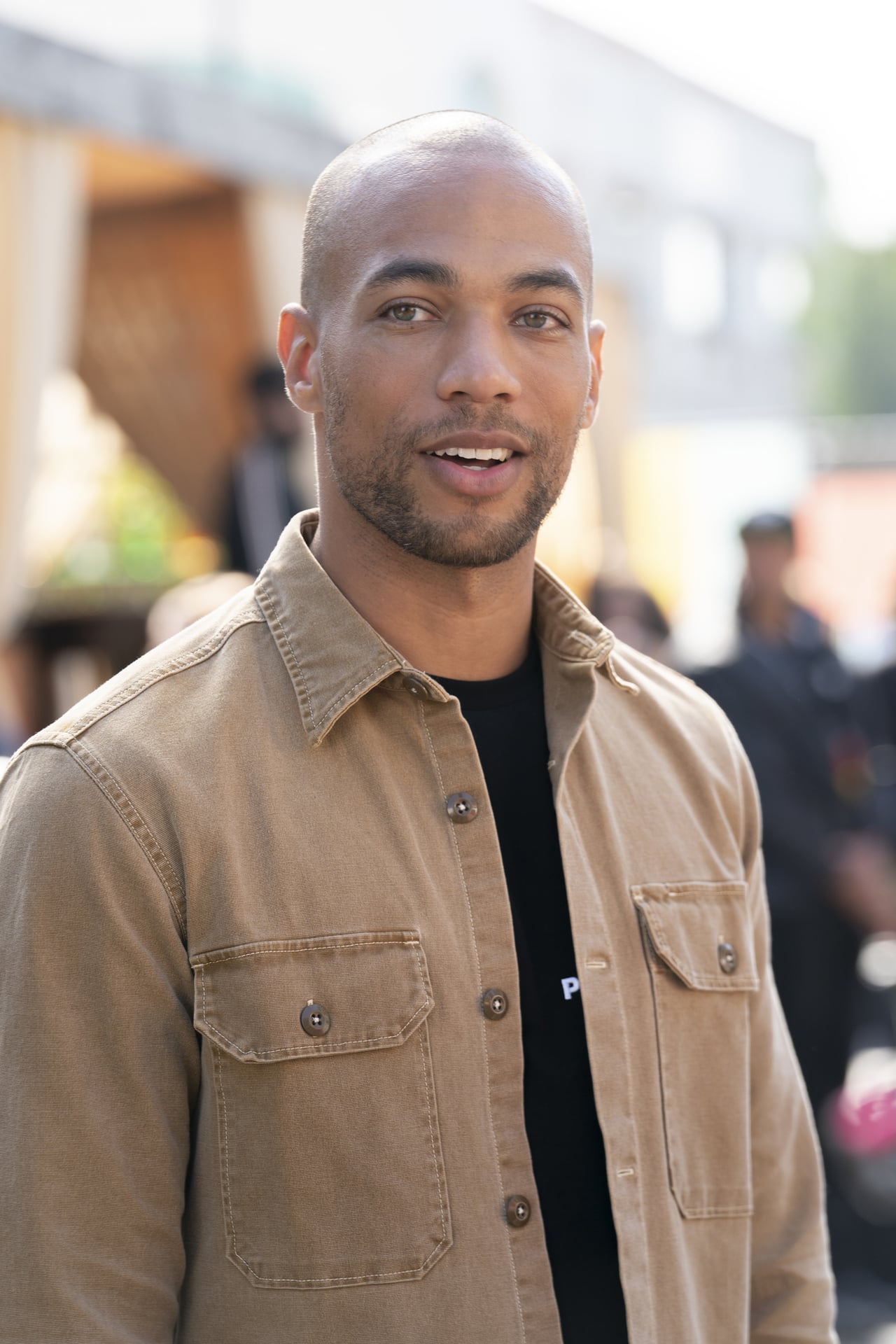 You know what that is? Growth. Season four of Insecure brings some serious character development to the individuals and relationships we've watched blossom over the last few years. Issa's Block Party dreams come to fruition and are beautifully successful in paving the way for her career path. Lawrence prospers at work and is able to understand what he's looking for in a partner and, more specifically, rethink his past with Issa. Molly, well, Molly still has some work to do, but let's not discredit the progress she makes at letting Andrew in and accepting him for who he is. And Nathan has come back into the picture with a new apartment and an openness that has Issa and viewers alike putting his past into perspective.

In the penultimate episode of the season, "Lowkey Trying," the handsome Houston native (played by Kendrick Sampson) opens up about what he was going through last season. For anyone who forgot: after connecting on an emotional level and dating for a little bit, Nathan "ghosted" Issa. Like the act of ghosting tends to go, Nathan disappeared to Texas without a heads up or text message until the season three finale. He told Issa he was in a bad place, and viewers could see the pain in his eyes. It isn't until the most recent episode that he opens up about how seriously he was struggling, and it is a strikingly candid conversation we so rarely see portrayed in television.

Although he initially says he was battling depression, Nathan shares with Issa that he "didn't just disappear" but was diagnosed with bipolar disorder during that time he spent at home. They both acknowledge their wrongdoings — Issa apologizes that she didn't see when he was hurting, and Nathan apologizes for not knowing how to talk about it. "I had to get comfortable with it," Nathan shares, and the tone and sincerity in their conversation is so beautifully done.

It is a mature and open dialogue filled with compassion and acceptance between the two characters.

This isn't a blow-out fight about the past that ends in a screaming match between the former couple — which could've happened in previous seasons — but it is a mature and open dialogue filled with compassion and acceptance between the two characters. Talking openly with a partner about mental health is not an easy thing to do, but Nathan's vulnerability and how he takes responsibility for the past show how comfortable he is with himself and the place he's in today.

New York Times bestselling author and mental health advocate Bassey Ikpi touched upon their conversation on Twitter and applauded Sampson's portrayal of Nathan, as well as how Insecure has depicted mental illness on screen. "Hats off to @kendrick38 for such a kind and nuanced portrayal of regular ass bipolar disorder. I rewatched the series recently and with that info in mind, I saw the soft and subtle choices and shifts. Bipolar disorder isn't always this spectacle. It has moments that you don't recognize until much later," she wrote.

In real life, Sampson is an advocate for Black mental health, and after Sunday night's episode, he reminded fans how important it is to take care of one's emotional well-being amid the fight for racial justice. "So many barriers to our mental health and so many systems targeting us and trauma around us. We have to put in work to liberate our mental health. We need that radical love in our communities," he wrote, expanding upon the barriers Black men and women face in an essay for Complex.

Throughout this season, Insecure has done a great job of grappling with the topic of mental health. From Molly's ability to face her relationship patterns in therapy to Nathan's openness about having bipolar disorder, the show's creators have represented the realities of real life on screen and helped to erase the stigma around mental illness.

If you or someone you love are experiencing signs or symptoms of bipolar disorder or another mental illness and are seeking mental health help, the National Alliance on Mental Illness has resources and a helpline (1-800-950-6264).