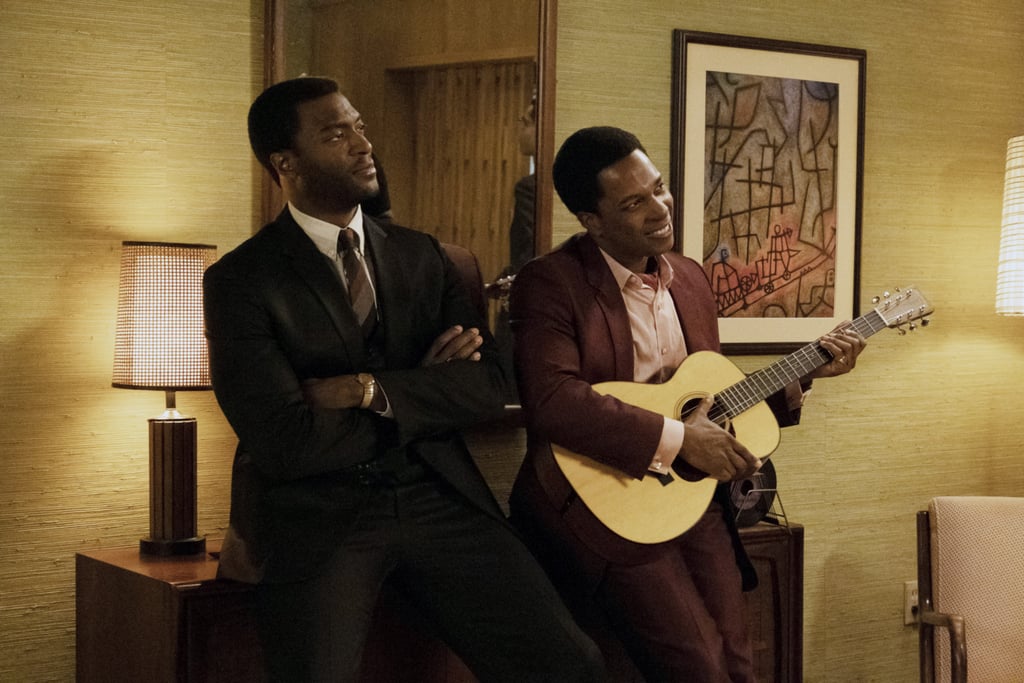 You already know a movie starring Leslie Odom Jr. as legendary singer Sam Cooke has to have an amazing soundtrack, and that's exactly what you get with the tracks featured in One Night in Miami. Based on the Kemp Powers play of the same name, the Regina King-directed film follows a fictionalized conversation between boxer Cassius Clay (Eli Goree), football player Jim Brown (Aldis Hodge), Cooke, and activist Malcolm X (Kingsley Ben-Adir), on the historic night of Feb. 25, 1964, when 22-year-old Clay defeat Sonny Liston and became the world's heavyweight boxing champion. Oscar-winning composer and trumpeter Terence Blanchard helmed the film's music and gave it the jazzy feel of the early 1960s. Alongside Odom Jr.'s vocal talents — yes, that's him singing not Cooke — you can hear other legendary artists like L.C. Cooke and Billy Preston. Get ready to get lost in 1964 by listening to the One Night in Miami soundtrack ahead.