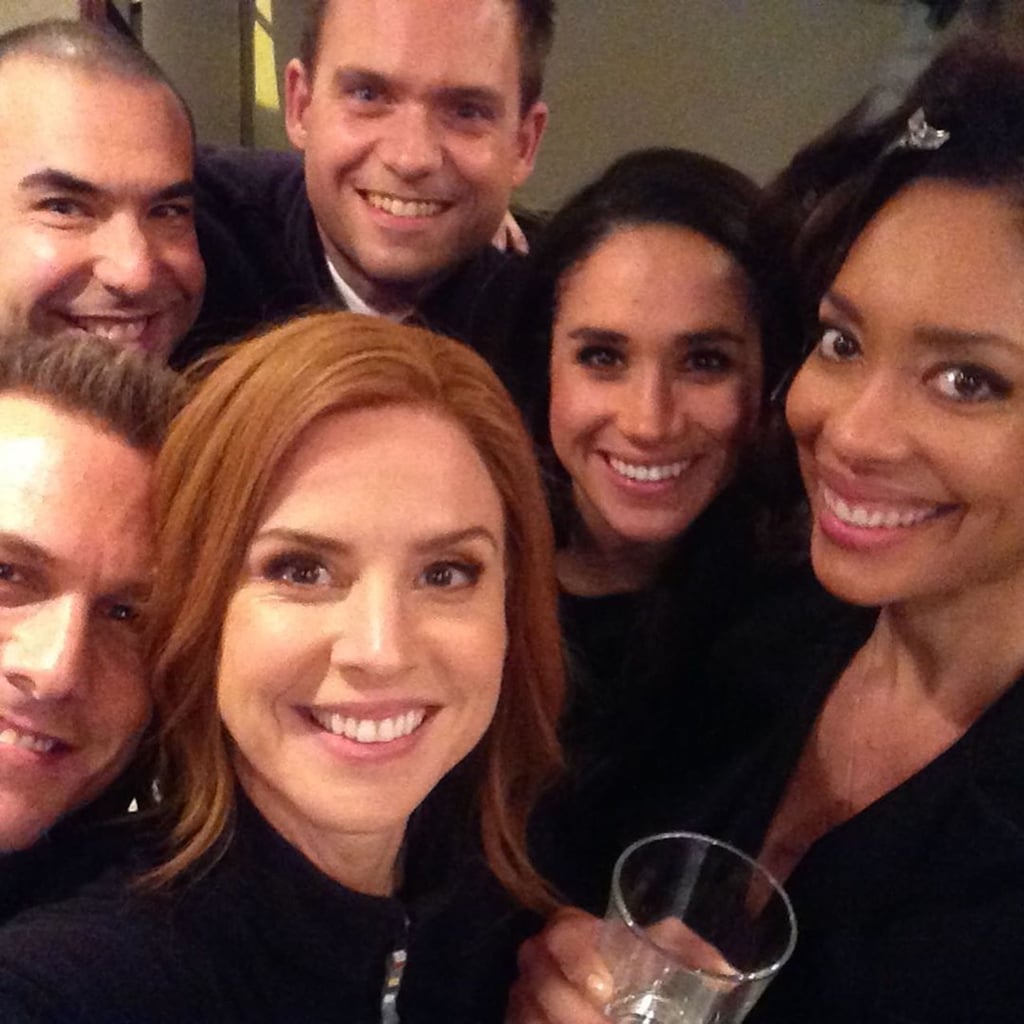 Say it ain't so! Suits is officially coming to an end on Sept. 25 after 10 seasons, and Patrick J. Adams is feeling nostalgic. On Sunday, the 38-year-old actor — who plays Mike Ross — took a walk down memory lane and shared a handful of never-before-seen Instagram photos of his costars, including Meghan Markle (Rachel Zane), Sarah Rafferty (Donna Paulson), Gabriel Macht (Harvey Specter), Rick Hoffman (Louis Litt), and Gina Torres (Jessica Pearson).

"This week the last episode of Suits will air and the nearly 10 year journey we've all been on together will finally be over," he wrote. "So it seems right to post some photos the next couple of days from the early days."

Ross and Markle famously played love interests in the USA legal drama series, but the former actress departed the show after the seventh season to become the Duchess of Sussex. While it was initially speculated that her marriage to Prince Harry might've been the reason she left, creator Aaron Korsh later revealed that Markle was actually written out of the show long before then. Even though Markle is no longer acting, the series found a sweet way to honor her earlier in the season. We wonder if she saw it?

Nostalgia
You Can Stay in The Grinch's Cave For Less Than $20 a Night – Did Your Heart Just Grow 3 Sizes, Too?
by Kate Schweitzer 15 hours ago