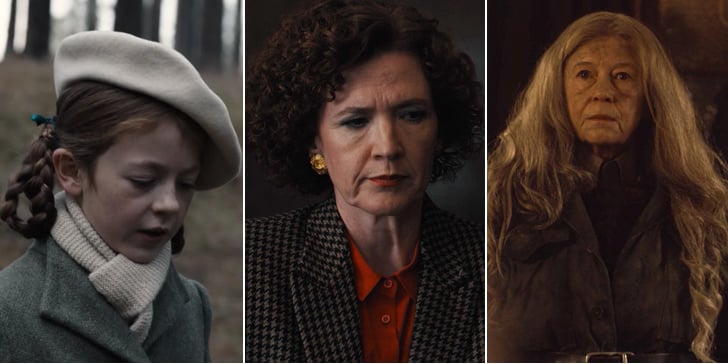 Season 1: Claudia definitely has one of the most dramatic transformations of the cast. The 1953 Claudia (Gwendolyn Göbel) is the spoiled daughter of Egon and is seen tutoring young Helge and flirting with young Tronte. By 1986, Claudia (Julika Jenkins) has become the new manager of the nuclear plant and mom to Regina. The jaw-dropping, life-changing secrets she uncovers during her first year on the job result in her withdrawing from the world. In 2019, we meet the oldest version of Claudia (Lisa Kreuzer) and find out that she's been living in isolation in a mysterious underground bunker that may or may not be in any of the show's three timelines.

Season 2: Like Jonas Kahnwald and Noah, Claudia slips easily and frequently between 1953, 1986, and 2019 in season two. Turns out she hasn't been hanging out in the bunker all this time, but was actively trying to stop Adam and his war against time. And while at first it seems like Claudia is the good guy and Adam the bad one, things get more complicated when it's revealed that Claudia is the person whom 1953 Helge refers to as "The White Devil."