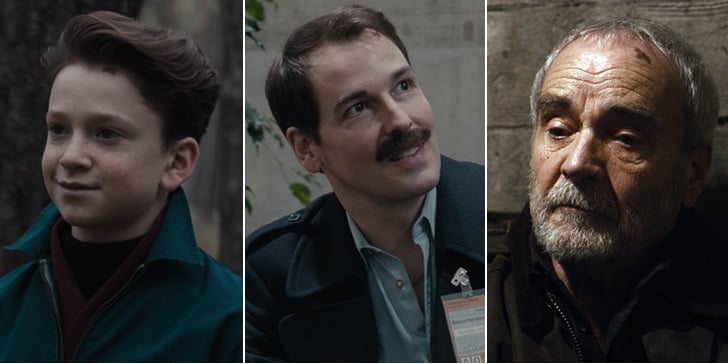 Season 1: Ulrich's scumbag father, Tronte, is one of the few characters we see at three stages in his life: 1953 (Joshio Marlon), 1986 (Felix Kramer), and 2019 (Walter Kreye). He moves to the town in the '50s with his mother, and later becomes a reporter and carries on an affair with Claudia as his wife suffers the disappearance of their son alone. A real stand-up guy.

Season 2: Blink and you would've missed Tronte this season. We see him briefly in 1953: first pulling down his pants in the woods after a young Claudia asks him to (they later will have an affair), and second, in bed, as his mother Agnes sits next to him reading the newspaper article about old Claudia's death.