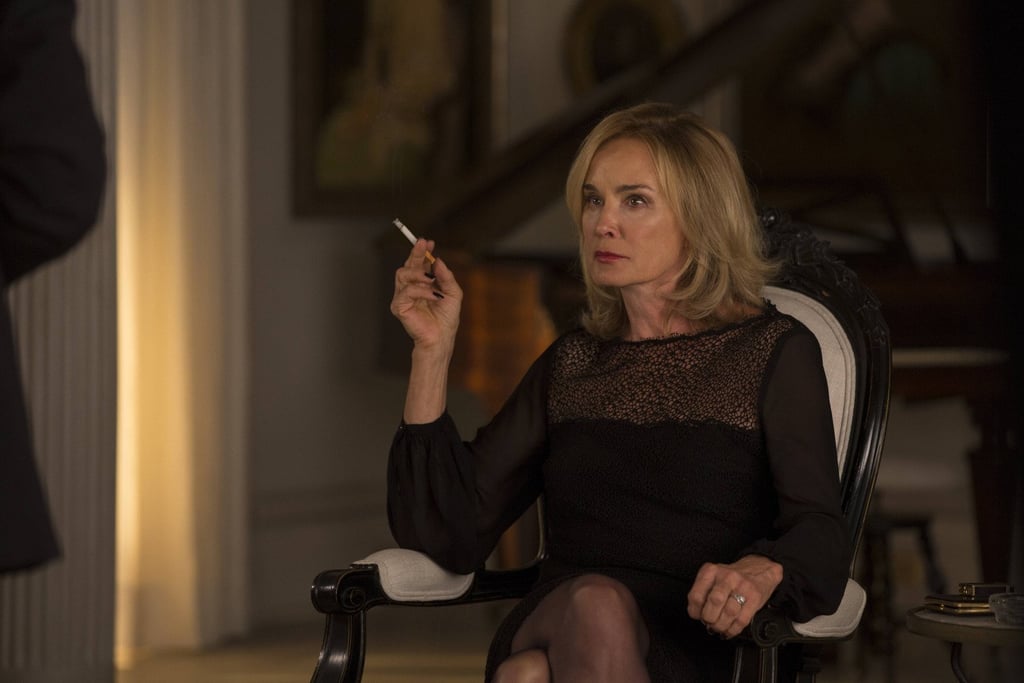 It's been a few seasons since Lange stepped into the American Horror Story world (she was busy earning a Tony for Long Day's Journey Into Night and c-starring in another of Murphy and his team's franchises, Feud). While Lange herself was not at TCA that day, costar Sarah Paulson confirmed that she's back to playing the role of her Murder House character, Constance — you know, the creepy neighbor lady who stole Michael, a child who is part human and part spirit and known for homicidal tendencies. Lange will appear in episode six, which is also the one that Paulson is directing.