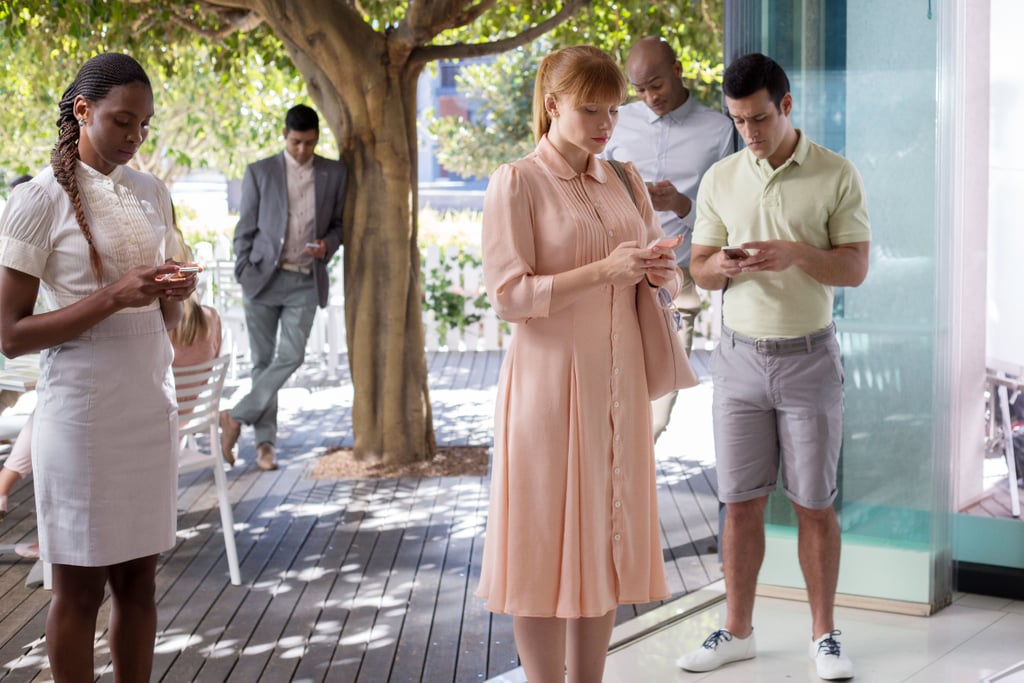 The Good Place isn't showrunner Michael Schur's only time playing around with a social point system. In "Nosedive, which the comedy writer developed with Rashida Jones, we enter a world where people rate each other on a five-star system for every interaction. A woman named Lacie (Bryce Dallas Howard) becomes obsessed with raising her average, but her dedication only ends up tanking her rating and driving her mad.

The commentary on social media never feels preachy or ham-handed. In fact, it's a pretty funny, if not heartfelt episode with strong performances from Howard and Cherry Jones. The pastel color palette also adds to the visual intrigue and subtly creepy tone in a Stepford Wife kind of way.

Netflix
While You Prepare For Trinkets Season 2, Remember That We're Not Getting More Episodes
by Amanda Prahl 6 hours ago

Netflix
I'm Thinking of Ending Things: If Netflix's Adaptation Follows the Book, Brace Yourself
by Ashley Broadwater 6 hours ago

Black-ish
Black-ish Episode "Please, Baby, Please" Is Now on Hulu, 2 Years After It Was Shelved by ABC
by Yerin Kim 8 hours ago