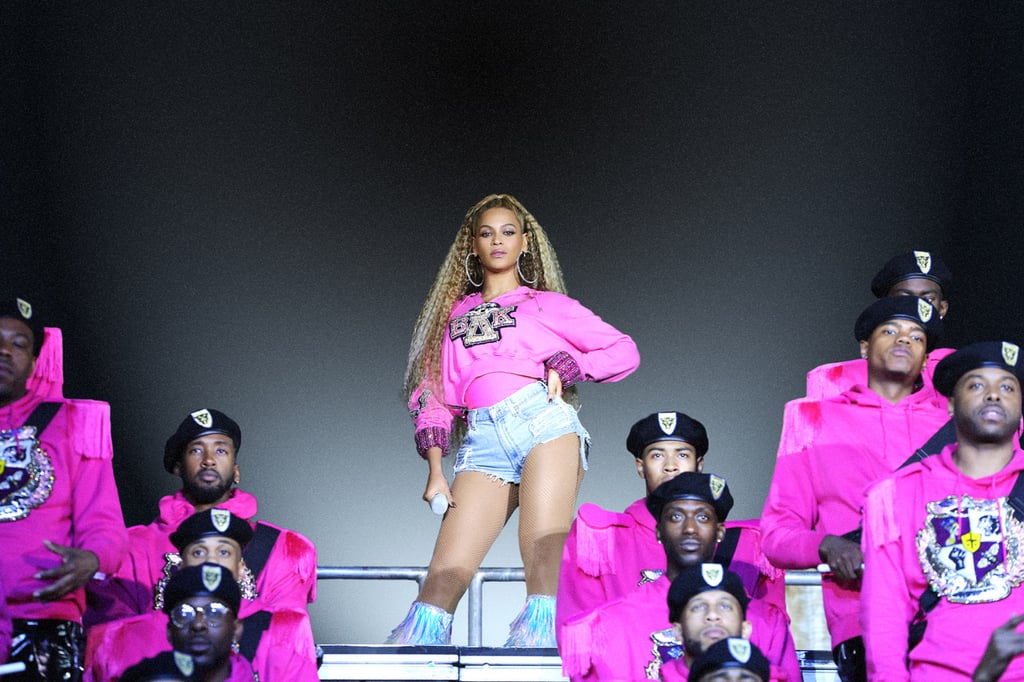 Beychella Was Inspired by the HBCU Experience

"I always dreamed of going to an HBCU," Beyoncé reveals in the documentary. Instead of enrolling at Howard University in Washington DC or Spelman or Morehouse in Atlanta, Beyoncé says that her college was Destiny's Child and traveling around the world with life was her teacher. Obviously, the multihypenate came out at the top of her studies, because nearly everything she touches succeeds.

Regardless of her personal attendance, Beyoncé wanted to bring the pure celebration of blackness that is the HBCU experience to the desert of Coachella. "When I decided to do Coachella, instead of me pulling out my flower crown, it was more important that I brought our culture to Coachella," she says. And she was very specific about her vision. "I wanted a black orchestra. I wanted the steppers, I needed the vocalists. I wanted different characters; I didn't want us all doing the same thing." And in the end, it paid off. "The amount of swag is just limitless. The things that these young people can do . . . It's just so much damn swag."

Beyoncé explains that her desire is for everyone who has ever been dismissed because of the way they look to feel like they are on the stage with her, "Killing em!" And considering the response to Beychella, we can say that she succeeded.

Music
How Can Anyone Deny That Ashanti Is the Lady of Soul After This Greatest Hits Performance?
by Njera Perkins 54 minutes ago

by Princess Gabbara 24 minutes ago