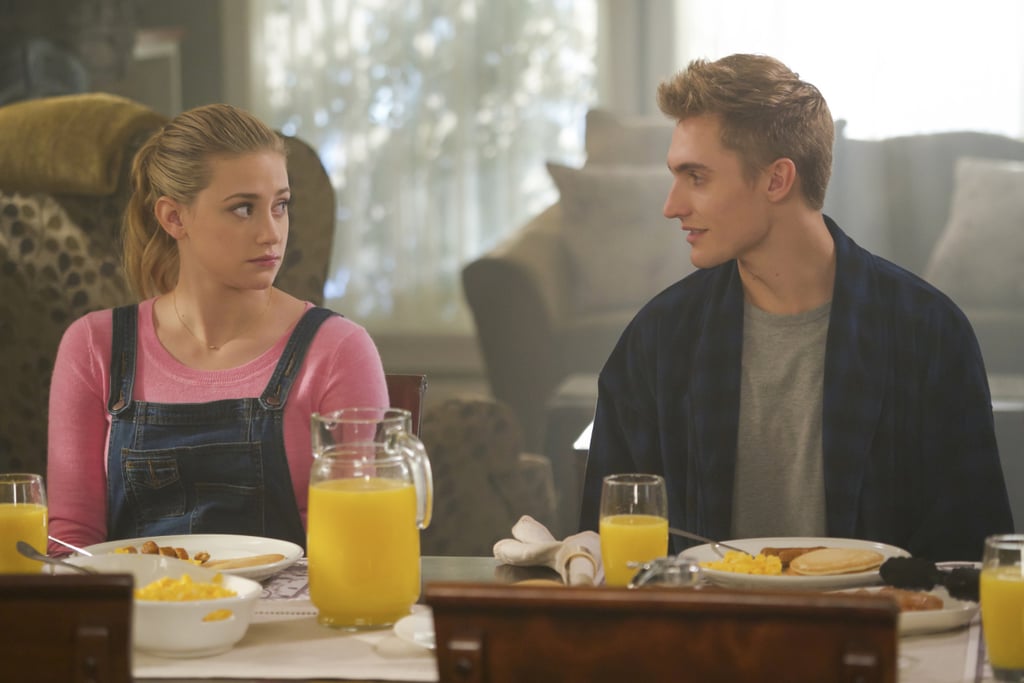 Chic Is the Gargoyle King

If you were skeptical about not seeing Chic's body last season after Betty brings him to the Black Hood, you had good reason. Turns out, Hal decided to spare Chic's life after the troubled teen swore to help him seek revenge on Riverdale. So, Chic joins forces with the Black Hood and Penelope — who dyes his hair red and calls him by her late son's name, Jason – to wreak havoc on the town.

Insecure
Insecure: The Song From *That* Season 5 Premiere Breakup Has Me Deep in My Feelings
by Victoria Messina 17 hours ago

Hulu
Wu-Tang: An American Saga Star TJ Atoms Shares His Hopes For a Possible Season 3
by Njera Perkins 17 hours ago

Insecure
6 of Natasha Rothwell's Best Roles, Because She Understands the Assignment Every Time
by Naledi Ushe 18 hours ago

Jojo Siwa
JoJo Siwa's DWTS Pennywise Performance Was So Freakishly Good, It Got a Perfect Score
by Perri Konecky 23 hours ago

Dancing with the Stars
OK, but Why Was Suni Lee in the Bottom 2 of Dancing With the Stars?
by Naledi Ushe 23 hours ago