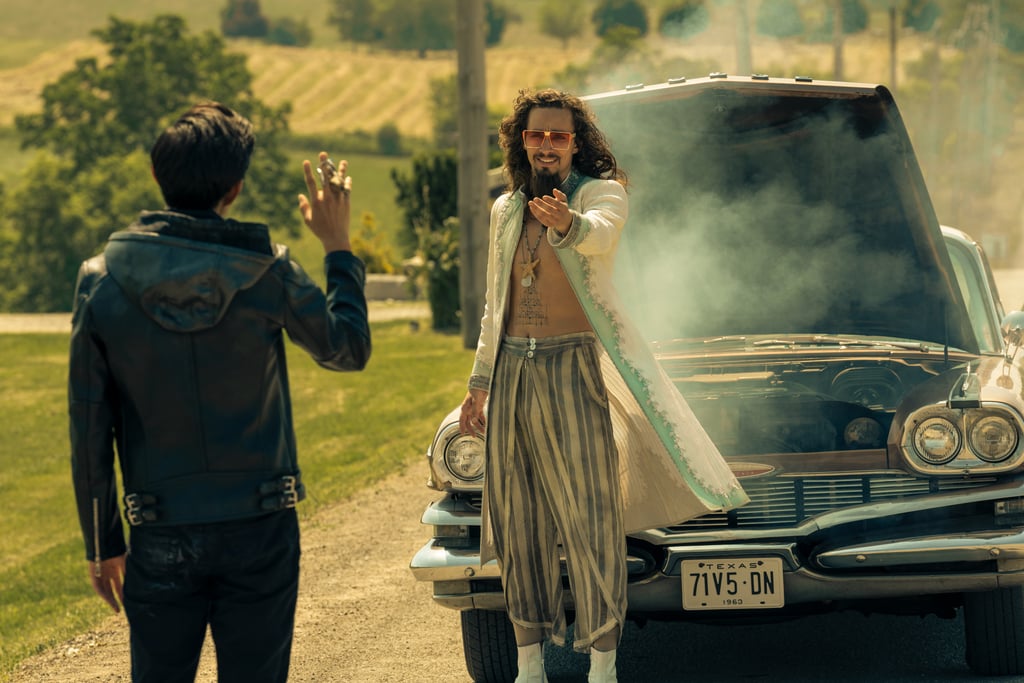 Does Klaus Get Caught Up in Hippie Culture?

Klaus (Robert Sheehan), along with Number Five, is one of the only members of the Umbrella Academy to have time traveled before the start of season two. In the first season, after stealing a time-traveling briefcase from assassins, Klaus ends up taking part in the Vietnam War. Now that he's back in the '60s, it seems he's taking a different route based on the psychedelic hands seen in his glasses. This, along with his fabulous wardrobe, have us thinking he's very much into the idea of "make love, not war" and avoiding the trauma from his first time in the 1960s.

Netflix
Dark: The Story Behind the Blind Man in 1888
by Hedy Phillips 1 hour ago

Netflix
Unsolved Mysteries: Were the Berkshires UFO Sightings Aliens? Here Are a Few Theories
by Stacey Nguyen 1 hour ago

Netflix
Lena Chapin's Case Remains Unsolved, but Here Are 5 Theories Regarding Her Whereabouts
by Stacey Nguyen 21 hours ago