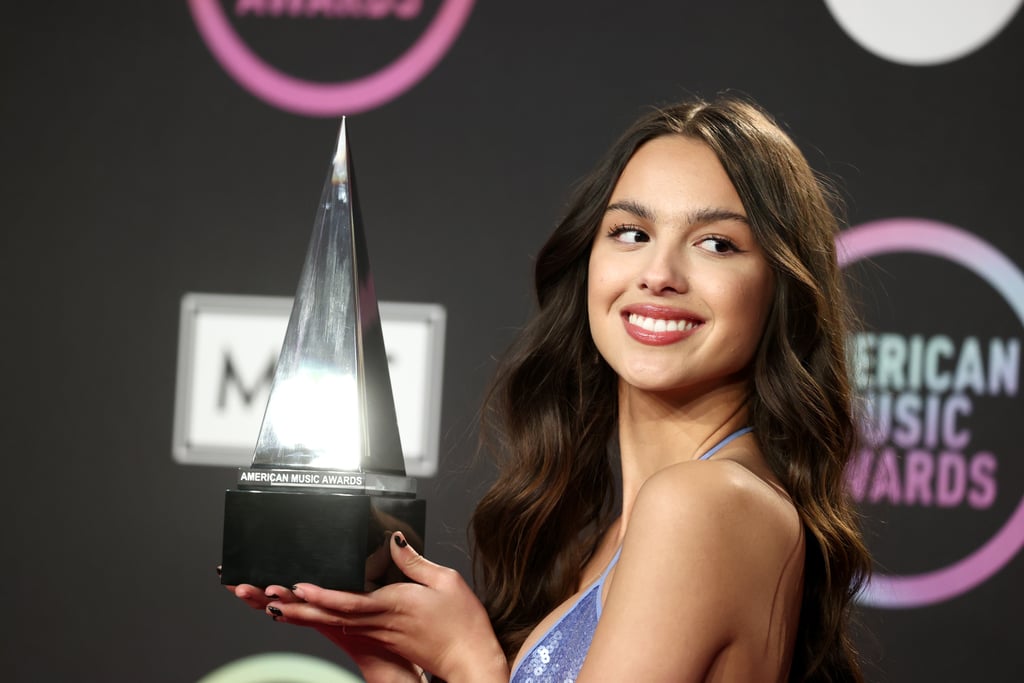 Olivia Rodrigo has been having a big year, and it just got better for the first-time Grammy nominee. The Sour singer came out on top with seven total nominations out of the gate in all the major field categories, which include album of the year, record of the year, song of the year, and best new artist. To celebrate the news, she wrote a touching statement on Instagram to her fans letting them know how much the honor means to her.

"Woke up this morning to 7 Grammy nominations," she wrote. "Many dreams have come true for me this year but this one is probably the most meaningful. thank you to everyone who has believed in me and supported the songs I write. and thank you to @recordingacademy for the recognition. I'm beyond humbled. truly a day I will never forget. so grateful aghhh."