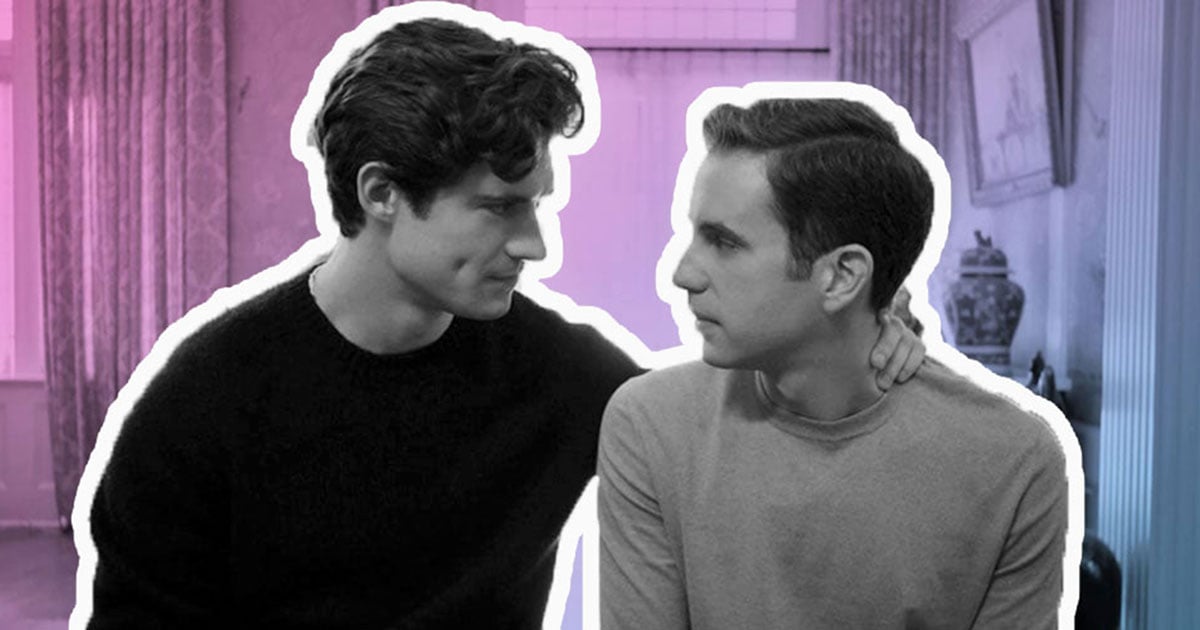 There's a moment early on in the first episode of The Politician that filled me with great hope for Ryan Murphy's first foray into the world of Netflix.

Its hero, Payton (Dear Evan Hansen's Ben Platt), barges into the home of his handsome, popular, lacrosse-playing classmate River (David Corenswet) to rip him a new one for daring to run for student body president against him. Though we've only just been introduced to either character, and have barely begun to scratch the surface of their complex personalities, Payton casually mentions that he and River have slept together. Or, perhaps "casually" isn't the right word — Payton practically spits this revelation at River, though the latter barely reacts.

It made me excited for what was presumably to come — a story about Payton and River falling in love against all odds. Or perhaps, told in flashbacks, their previous relationship would be used as a way to get under Payton's prickly exterior, giving us a better idea of the tender soul that might be lurking underneath the manipulative teenager's carefully crafted facade. But just as it's teased in the show's opening credits sequence — in which a blank statue is filled with a random assortment of trinkets like broken trophies, a Harvard pin, and political buttons, and is then finally shown to be Payton himself once a thin veneer of paint is sloshed on top — we're never able to get a solid grasp on Payton's internal struggle. River is dispatched with early on and his relationship with Payton becomes all but an afterthought.

Related:
The Politician: Ben Platt's Performance of "River" Just Might Be the Best Moment From Season 1

As with campier Murphy shows like American Horror Story and Scream Queens, there are moments of searing brilliance and razor sharp social commentary that cuts right to the bone. But for the most part, the show feels as random and chaotic as the collection of detritus hidden in Payton's statue. And OK, sure, that's not necessarily always a bad thing! Murphy's flair for the dramatic is out in full force in The Politician, bouncing wildly between plot lines that range from a high school election for student body president to a riff on the Gypsy Rose Blanchard Munchausen by proxy case to a musical about America's most infamous assassins. It's never boring, but it is kind of a mess.

Over the course of eight episodes, Murphy joyfully does away with what might typically be considered traditional or predictable story arcs and plot devices, leaving us forever guessing. And isn't that why the producer has become so prolific? Constantly pushing the boundaries, Murphy's work never stops to second guess itself. Unfortunately, this untamed, frenetic way of telling stories will likely be too much for even the most ardent Murphy apologist.

Related:
Behind All That Zara and Gucci — the Stylish Outfits on The Politician Are Full of Meaning

Frequent collaborators Brad Falchuk and Ian Brennan cocreated the Netflix series with Murphy, which as previously stated, follows a tense election for student-body president at a fancy Santa Barbra high school. And it's also about an abusive, ripped-from-the-headlines relationship between a grandmother and her granddaughter. And blossoming sexualities. And a fish out of water. And . . . well, about a hundred other things. At times it seems like it was generated by an algorithm designed to break the internet — look over there, it's Jessica Lange with a southern accent! And now Gwyneth Paltrow is in a forbidden romance with Martina Navratilova!

The Politician never settles on what kind of show it wants to be, as if Murphy went to a buffet serving pieces of pop culture like Election, Rushmore, and even his own Popular, and decided to sample them all, rather than creating something distinctive. Needless to say, the series, which is steeped in a dreamy color palette that would make Wes Anderson drool, and has dialogue that pops with a buzzy, kitschy energy, has trouble staying focused, as if it's on a perma-sugar high.

The one thing that keeps the series from flying completely off the rails is Platt, whose character is a potent mix of Glee's Rachel Berry and Election's Tracy Flick. Somehow Platt makes Payton, an overachiever to the point of obsession, someone to root for even if his motivations are occasionally suspect. He's certainly privileged, but the fact he never fit in with his family — which includes his adoptive mother, socialite Georgina Hobart (Gwyneth Paltrow), Georgina's wealthy husband (Bob Balaban), and their dim-witted, arrogant twin boys (Trevor and Trey Eason) — gives him an in with the outsiders who are likewise stumped as to how to penetrate society's most coveted circles. Nevertheless, Payton maps out a plan to get there: get elected student body president, go to Harvard, eventually become president of the United States.

The first stage of his plan is thwarted by Astrid (Bohemian Rhapsody's Lucy Boynton), River's girlfriend and Payton's biggest political rival, who decides to run against him after River is unable. At first she appears to be a character cut from the same cloth as Emma Roberts's Chanel Oberlin or Madison Montgomery, but then a strange side plot drags us down a road with her that only serves to muddle both her character's intentions and the story as a whole. The same can be said of spunky Infinity Jackson (Zoey Deutch) and her scheming grandmother, Dusty (Lange), who come into play when Payton decides he needs a "sympathy" vote to compete with Astrid (Infinity has an unspecified illness and uses a wheelchair). Deutch and Lange are a delight to watch, but their arc would have been better served in its own series (if only Hulu hadn't beaten Netflix to the Emmy award-winning punch).

Murphy previously noted that each season of the series, which already has a second season in the works, will explore a different election at important periods in Payton's life. By the time you reach season one's last episode, which flashes forward in time and trades high-school politics for those in the real-life government, it might feel as if you've suffered numerous cases of whiplash. And for what? At that point, roughly seven hours in, The Politician is no closer to figuring out what it wants to say about politics or why Payton deserves to be the one to deliver us from bureaucratic evil. Is it worth giving him your vote in season two?

What I'll say is that although I was admittedly nonplussed, and frankly exhausted, after watching the first season, the last episode's left turn left me feeling like I did after the show first introduces River: hopeful that we're about to experience something truly great. Like most of Murphy's creations, and Payton's life for that matter, all the components for success are there — it's simply a matter of stopping long enough to take a breath and figure out how they properly fit together.