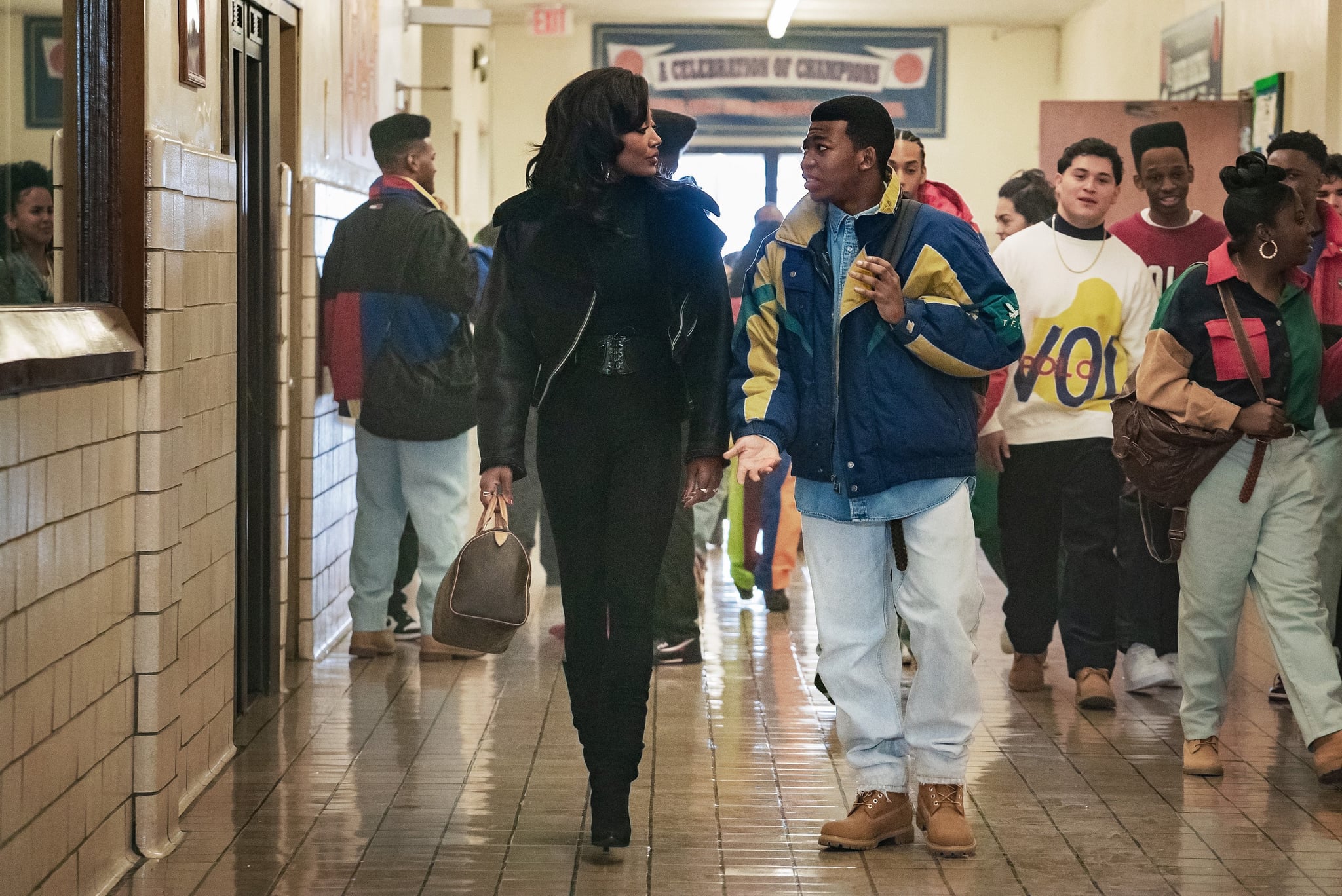 The latest installment of 50 Cent's (née Curtis Jackson) Power saga, Power Book III: Raising Kanan, centers on the origin story of the rapper's character Kanan Stark (Mekai Curtis). The Starz series dives deep into how Kanan became the infamous drug dealer he is today by taking us back to when Kanan was 15 years old and living in Queens, NY. Given that 50 Cent serves as both an executive producer and narrator of the series, you might be wondering how much of the prequel is actually true.

Power Book III: Raising Kanan is loosely based on 50 Cent's childhood. In order to make Kanan's story as believable as possible, the rapper pulled from his own personal experiences growing up in the New York City borough. In the premiere episode, we see a young Kanan running home to his mother, Raquel "Raq" Thomas (Patina Miller), after he gets beaten up by a couple of kids at the park. Rather than comforting Kanan, Raq gives him a sock filled with batteries and returns with him to the park to confront the kids.

"These are real things, like, I really experienced being roughed up in the park before my mom sent me back to the park."

"These are real things, like, I really experienced being roughed up in the park before my mom sent me back to the park, and I was just more afraid of her than the kids in the park, so I ended up going back to fight them instead of dealing with my mom," 50 Cent told Sky News. "And you deal with that and it kind of changes your perspective, like, I'm not going to go back whining to my mother for her to send me back, I'll just handle it before she finds out that I'm scared or afraid of the other person, so it kind of changed a part of my character in the very early stages. It was probably the biggest thing to describe what my relationship with my mom was like fairly early on, you know, because she was the only provider, so she was like the source of everything that's good."

50 Cent's mother, Sabrina Jackson, died when he was just 8 years old. He then went on to live with his grandparents, with his mother's friends remaining in his life. In fact, it was his mom's friends who taught 50 Cent to do whatever he needed to do to make money. "I look at my journey, some of the decisions that my mom made have guided mine, and it's because people from her life had what was a representation of financial freedom, they had those nice things in front of me," 50 Cent said. "They got everything that you would want, so it kind of led me down the same path of the hustling and going to do different things, and, you know, I just hit the roof of that and wanted to do more, so I got involved in music and entertainment where we do things that exceed that level of success, completely."

Netflix
Raven Addresses Her Breakup With SK in the "Love Is Blind: After the Altar" Season 3 Trailer
by Njera Perkins 18 hours ago

Freeform
Will There Be a Season 2 of "The Watchful Eye"? Here's What the Cast Had to Say
by Monica Sisavat 18 hours ago