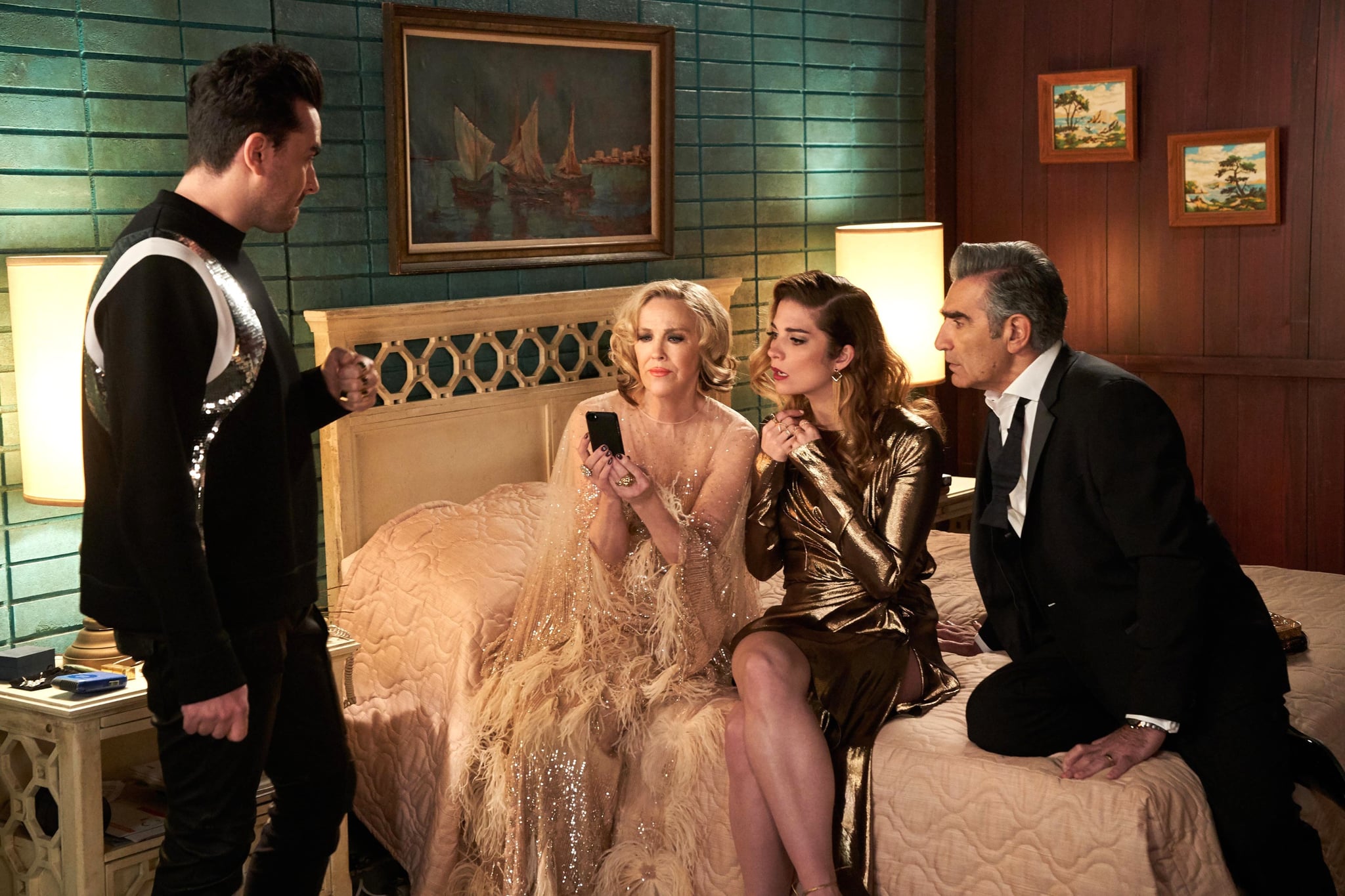 Schitt's Creek officially came to an end in April after six glorious seasons, but we're still not ready to say goodbye to the Rose family. Luckily for us, the beloved Pop TV comedy is now launching into national syndication across United States broadcast markets.

Following the "Schitt's sweep" at this year's Emmys, ViacomCBS revealed that Comedy Central will air all six seasons of Schitt's Creek starting on Oct. 2, scheduling five episodes per week. Meanwhile, Netflix already has all six seasons of the show after releasing the final installment on Oct. 3 — four days earlier than the platform previously announced. But just in case you don't have Comedy Central or Netflix, you can watch the first five seasons now on CW Seed (The CW's free streaming platform), with the sixth season presumably launching on Oct. 7. So it's time to bust out the fruit wine and rewatch some Schitt's Creek!

Movies
Get Excited, Marvel Fans — Shang-Chi and the Legend of the Ten Rings Is Getting a Sequel!
by Njera Perkins 19 hours ago