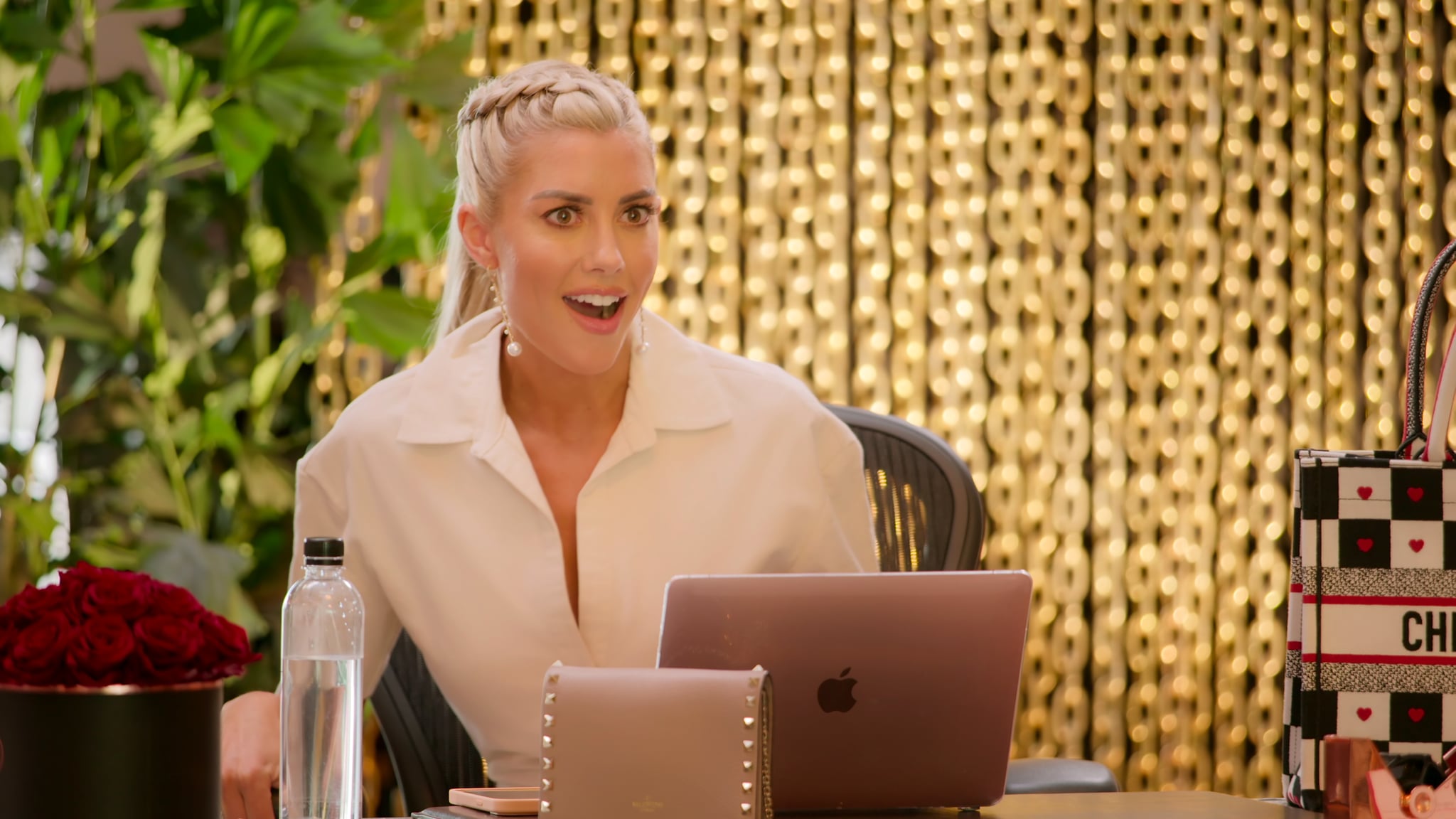 On June 6, POPSUGAR spoke to "Selling Sunset" cast members Heather Rae El Moussa, Mary Fitzgerald, and Vanessa Villela for a "We Have Thoughts" Twitter Space all about the behind-the-scenes secrets of the hit Netflix show and its cast. The show wrapped up its fifth season with its first-ever reunion special back in April, and we're still reeling from some of the drama that went down.

El Moussa, Fitzgerald, and Villela opened up to POPSUGAR about what goes on behind the scenes, how the show changed their real-estate careers, and much more. Read their biggest revelations ahead.

Related:
"Selling Sunset": The Cast's Friendships Behind the Scenes

All the Houses on the Show Are Real Listings

The show isn't finding super-fancy properties for the cast to show off and pretend they represent. Instead, they're pulling from the Oppenheim Group's real inventory. Fitzgerald explained, "We all have real-life listings, and usually before each season we have production meetings and the producers call us and we let them know what's going on in our lives, what listings we have, which ones we have up and coming. . . . Then they'll speak to our clients. And some clients, obviously they want to be on camera, some don't want to be on camera."

El Moussa added that the show has made their jobs a little easier now that they're "world famous."

Fitzgerald explained, "Many times we have celebrity clients within one of the agents at the brokerage, but contracts with a different network won't permit them to be on the show." Other celebrity clients, she said, just don't want to be on the show because of privacy concerns. But she said that as the show has gotten more well-known, more are willing to let the cameras roll.

Those Broker's Opens Aren't Just Staged For the Show

The realtors on the show sometimes hold over-the-top open houses so other brokers can see the properties. POPSUGAR asked if they throw just as lavish ones in real life or if it's all for the show. "You have to amp it up," Fitzgerald said. Lavish parties are just party of the luxury-real-estate game.

"You have this $20, $30 million home and you just have people walking through with Whole Foods cookies on a paper plate. That's not going to cut it," Fitzgerald said. "You really do have to go above and beyond and do lavish twilight openings to really showcase the property. . . . It also showcases how much of an entertainer's home it can be, by bringing people in there and showing the parties that you can do."

They Wear Stilettos When They Show Houses Off Camera, Too

Fitzgerald and El Moussa both confirmed that they always wear stilettos when they show houses, even if they're not filming. Villela said she wears them about 70 percent of the time. The other 30 she might wear flats or her trusty pair of Gucci wedges.

El Moussa said it's part of the job. "We all do high-end real estate, so you still have to dress up and dress the part," she said. "It depends where you're at in the transaction or what client it is. I was showing my girlfriend a very high-end . . . $18 million penthouse, but she showed up in her workout clothes and I was in jeans, but I still paired them with a stiletto and a blazer."

Fitzgerald said that they've pitched other agents at the Oppenheim Group to producers and that she "strongly suggested" Amanza Smith join the cast. "I put up a fight for her," she said. Fitzgerald said it's important for the new cast members to feel "organic" and like they're involved in their circle of friends.

El Moussa also said she's suggested agents in their office for the show. She credited Jason with keeping the dynamics in the office good. She said, "It is very important to him that we all get along, and he doesn't want to just throw girls in there that we're not going to be accepting."

They Promise Emma's Empanadas Are Good

Fellow cast member Emma Hernan has gotten heat online for the empanadas she produces and sells, which have been featured on the show multiple times. The empanadas are all vegan and come in flavors like beef, cheeseburger, and sausage pizza.

Fitzgerald said she's a big fan of the empanadas and just had some the day before. "Romain [my husband] just ate a whole plate of them yesterday, and he is anti vegan," she added. "Every time we get them, he will eat entire boxes." Villela said she's never gotten the chance to try them, but she's looking forward to doing so.