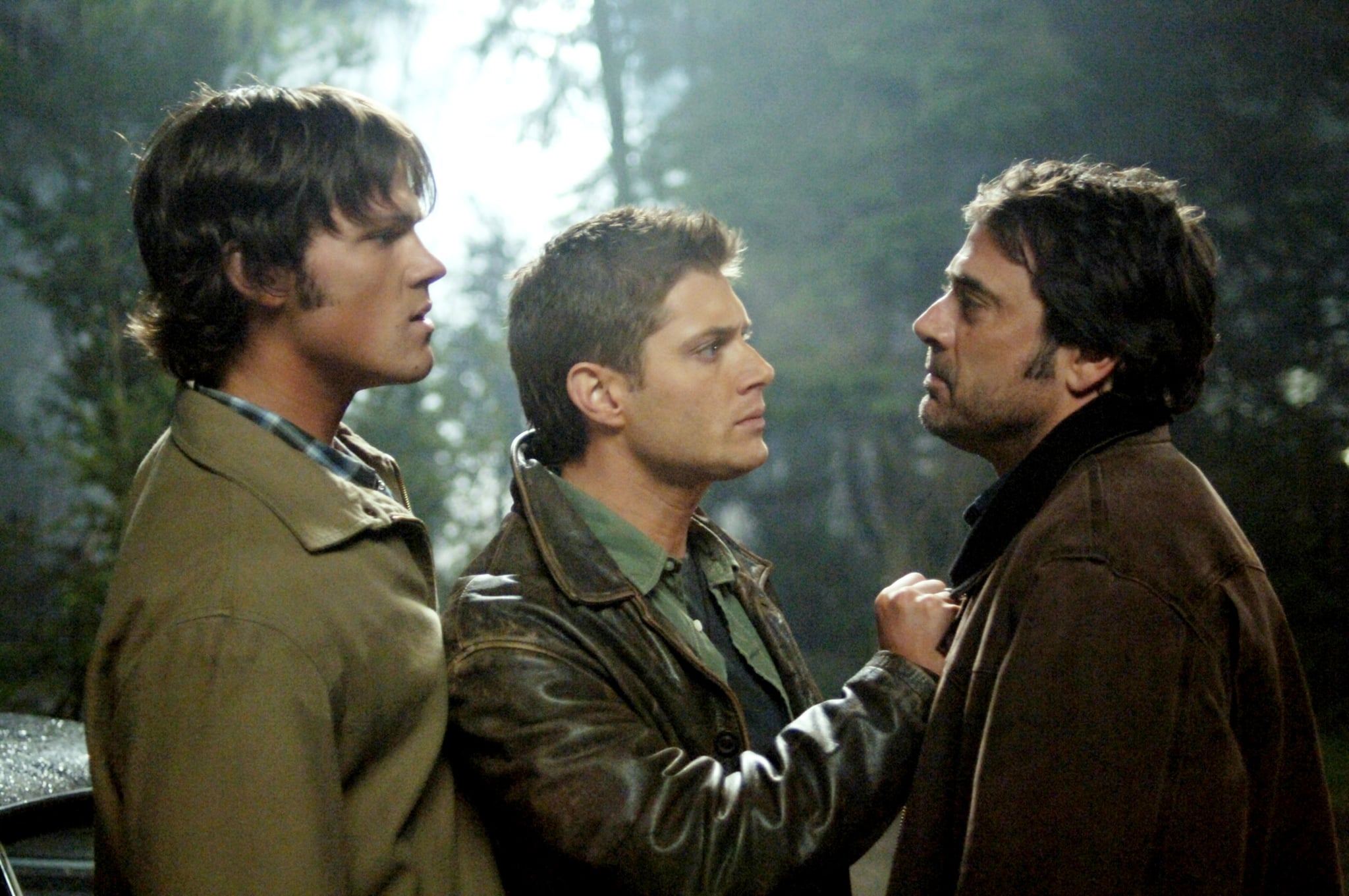 Clearly the cast members who get tattoos together, stay together.

During his recent wedding to Hilarie Burton, Supernatural star Jeffrey Dean Morgan took some time to get inked up with his costars on The CW's long-running sci-fi drama, Jared Padalecki and Jensen Ackles, who were guests at the big event. Although it's unclear what type of tattoos they all got, it's fair to assume the design — which appears to be placed on all of their right wrists — is a nod to the demon-fighting Winchester family.

"Me and @hilarieburton weren't the only ones joined for life," Morgan captioned a photo of the three costars at his wedding. "@jaredpadalecki @jensenackles and myself will forever have a bond that is both special, and permanent. Love you both dearly."

Supernatural begins its final season on Thursday, Oct. 10, which will see Ackles and Padalecki's characters embarking on their last hoorah. The pair play monster-hunting brothers Sam and Dean Winchester, and early on in the show Morgan played their father, John Winchester. Despite Morgan leaving the series after the first two seasons, he's stayed close to the actors, and even briefly returned in season 14 to celebrate the show's emotional 300th episode.

Netflix
Meet the Cast of Your New Favorite Zombie Show, Netflix's "All of Us Are Dead"
by Michele Mendez 1 hour ago