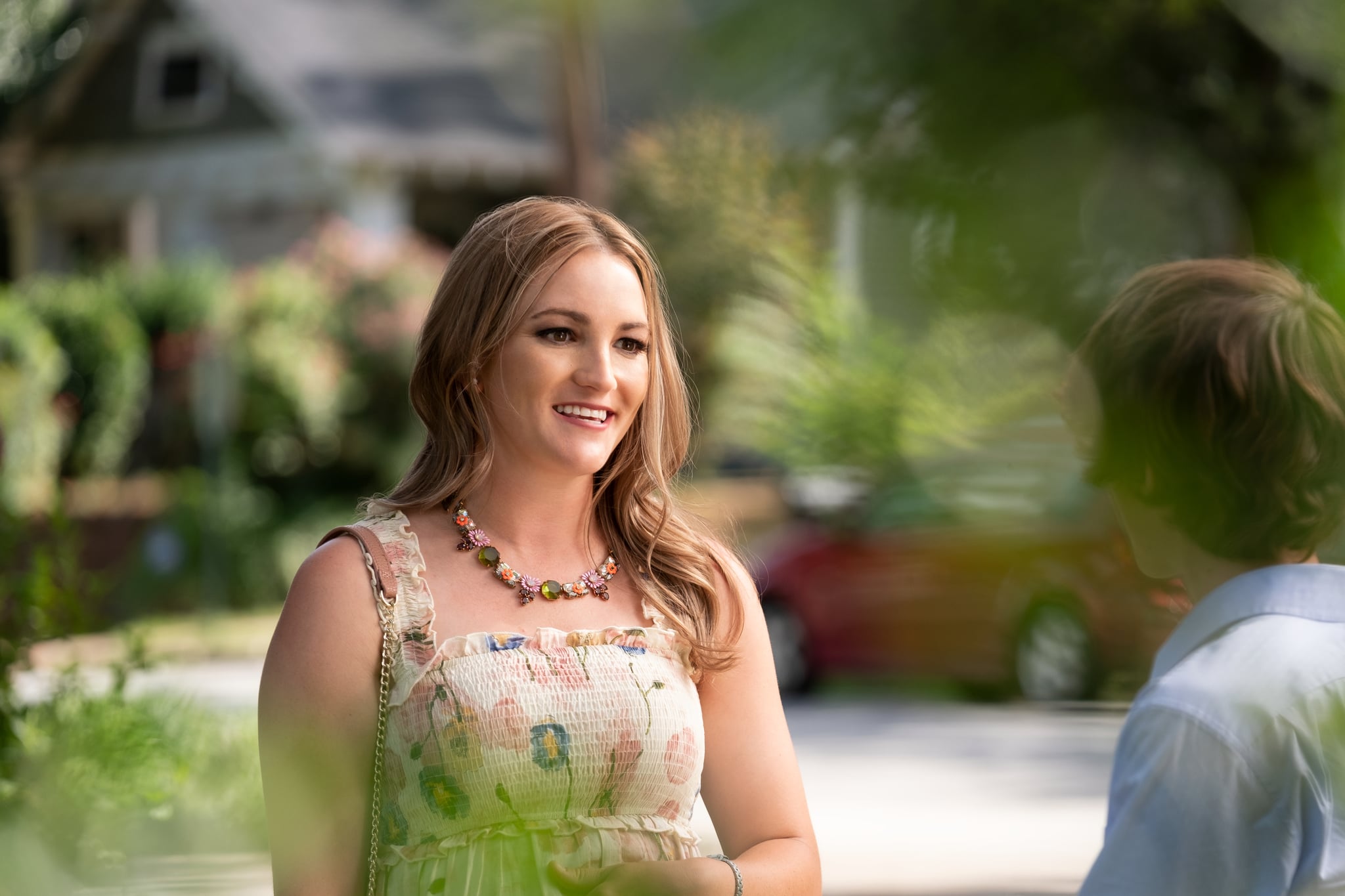 In Netflix's Sweet Magnolias, Jamie Lynn Spears plays a bit of a controversial character. Noreen Fitzgibbons is Bill's (Chris Klein) pregnant fiancee. Bill, however, is Maddie's (JoAnna Garcia Swisher) ex-husband. And that's not all — Noreen was Bill's mistress when he was still married to Maddie. Needless to say, the whole thing is a bit messy, and Noreen isn't too well-liked in town. In the lead up to season two, Jamie Lynn became the subject of controversy herself because of her alleged involvement in her older sister, Britney Spears's, 13-year conservatorship that was terminated at the end of 2021. Britney has spoken out about the hurt caused by her family, including her younger sister, through the conservatorship. Apart from a social media statement posted in June 2021, the younger Spears has largely remained out of the conservatorship conversation. Now, Sweet Magnolias fans are understandably curious if Jamie Lynn will still appear in season two following the controversy.

What Happened to Noreen in Sweet Magnolias Season 1?

In season one of the show, Noreen and Bill have a bit of a tense relationship that doesn't seem to be on the path to lifelong happiness together. Though Noreen is able to befriend one of Bill's children, it isn't enough to win over anyone else (including Bill), and she ends up leaving town after getting fed up with Bill's immaturity. The show leaves it up in the air as to whether Noreen will be involved in season two of the show, so will Spears be returning?

Will Jamie Lynn Spears's Noreen Be in Sweet Magnolia's Season 2?

Deadline confirmed in May 2021 that Spears will be returning in season two of the show. Not only is Spears returning to Serenity, but she's been upped to a series regular. While she appeared frequently throughout season one, she had more of a recurring role than a regular one. This means Noreen will most likely have a larger storyline when we head back to South Carolina. Because we don't yet know how much time will have passed between seasons or how much time season two will cover, we don't know if Noreen will already have a baby in tow when she returns to Serenity.

Spears confirmed the good news herself when she took to Instagram on Dec. 15, 2021, with a few pictures in her Noreen costumes. She captioned the photoset, "NOREEN IS BACKKKKKK!!! so grateful to be a part of this amazing community," also adding the season two premiere date. Unfortunately for us, Spears's Instagram photos give pretty much nothing away about what we can expect when the show comes back to Netflix.

So, in spite of all of the controversy surrounding Britney's conservatorship and the backlash she's received as a result, Jamie Lynn's Instagram indicates she'll still play a large part in Sweet Magnolias season two, as planned, when it drops on Netflix on Feb. 4.