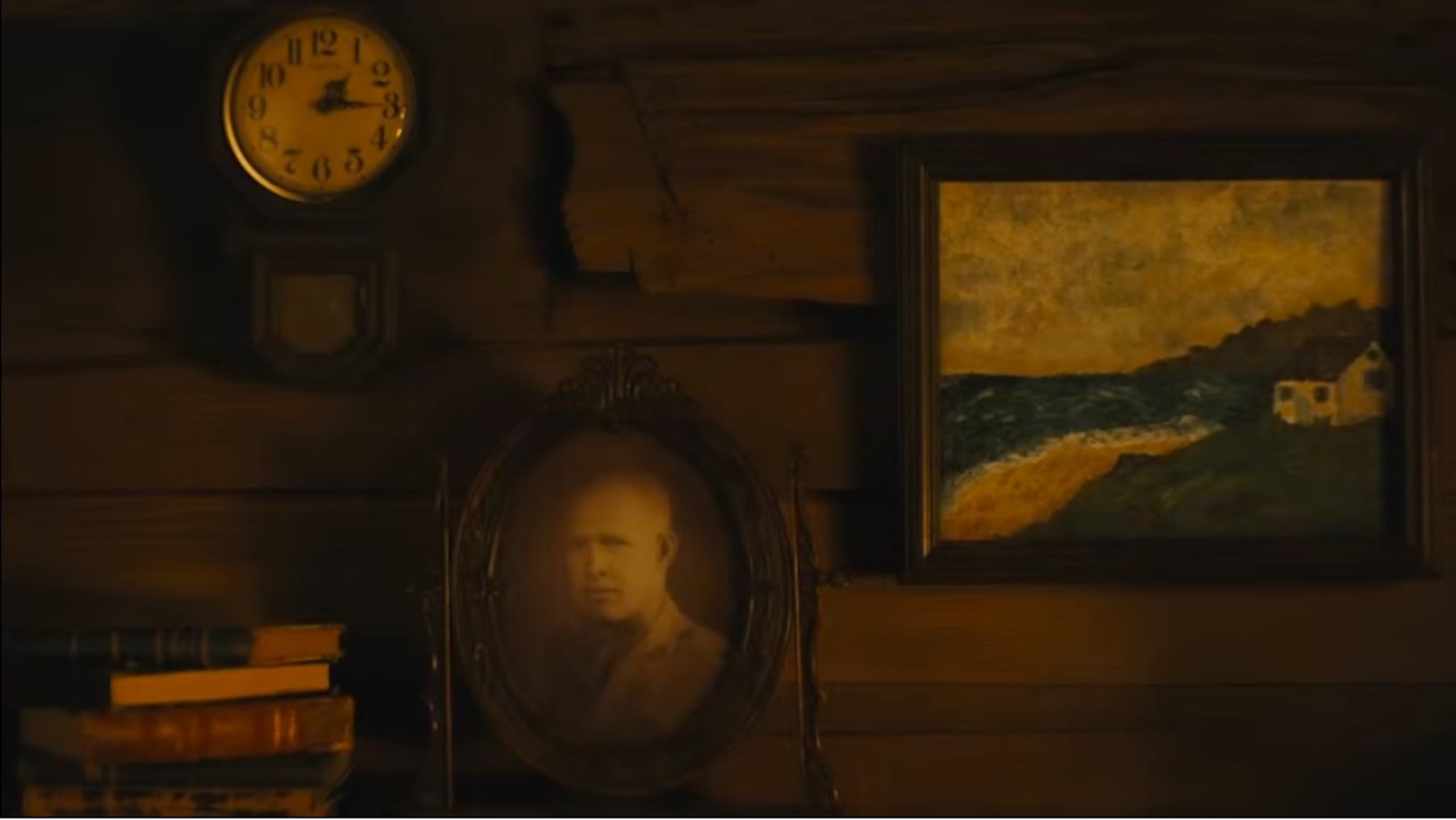 The release of Taylor Swift's new album Folklore was accompanied by a full-fledged music video for the single "Cardigan," and we're already on the hunt for Easter eggs and other references in the video. As it turns out, the video contains one very special tribute to someone important to Taylor, and you can spot him in a photograph.

Eagle-eyed fans will have spotted a sepia-toned old photograph of a man in uniform in an ornate frame at one point in the video. It's not just a random person or a fictional image, though. Swift hasn't confirmed it, but the photograph appears to be her grandfather, Archie D. Swift, Jr. According to the genealogy site Geni, Swift was in the US Marine Corps, serving from 1938 through World War II and eventually leaving the service in 1953 with the rank of Lieutenant Colonel and working in the finance industry. He is Taylor's grandfather on her father's side; her father Scott Swift is one of his three sons.

Archie D. Swift's photo appears within the first 30 seconds of the "Cardigan" music video, as the camera traces over the details of the cozy cabin scene that bookends the video. It's a sweet tribute to her grandfather, who died in 1998. He might not have lived to see his granddaughter become one of the world's biggest music superstars, but it's clear that he's on her mind! Watch the full music video below: