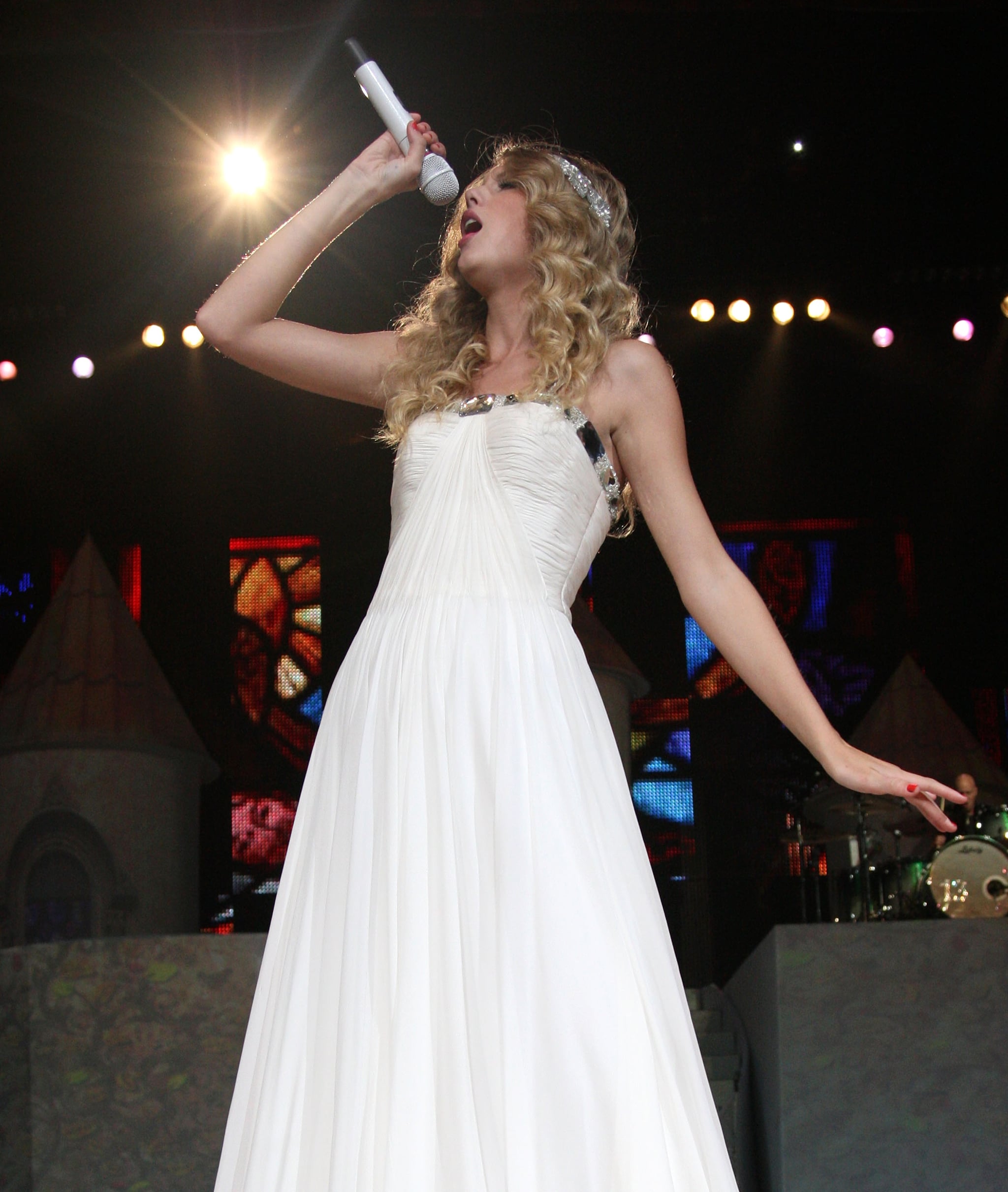 We're finally getting a glimpse of Taylor Swift's rerecorded tracks! On Friday, the singer finally released her new version of her hit single "Love Story," and it's even more magical than we could have hoped. The lyric video for the new track is super nostalgic as it features countless photos of the singer with fans during her Fearless era. At the end of the video, she dedicates the hit love song to her fans alongside an old picture of her doing a hand heart.

Swift first announced that she was rerecording her first five albums in August 2019, in an attempt to own the masters to her original music amid her ongoing music battle with Scooter Braun. In December 2020, she unveiled the first glimpse of her rerecorded "Love Story" in a Match.com commercial written by Ryan Reynolds. As if that wasn't exciting enough, she's also releasing Fearless (Taylor's Version) very soon, which will include 26 songs, including six never-before-released tracks from the vault.

While her updated "Love Story" sounds pretty much identical to the original version, Swift promised she still has "plenty of surprises in store." Given all the references she's made to "All Too Well" lately, maybe we'll finally get to hear the 10-minute version of the song. Listen to the updated "Love Story" ahead.

Politics
When Will the Law Stop Putting Rap Lyrics on Trial?
by Njera Perkins 3 hours ago