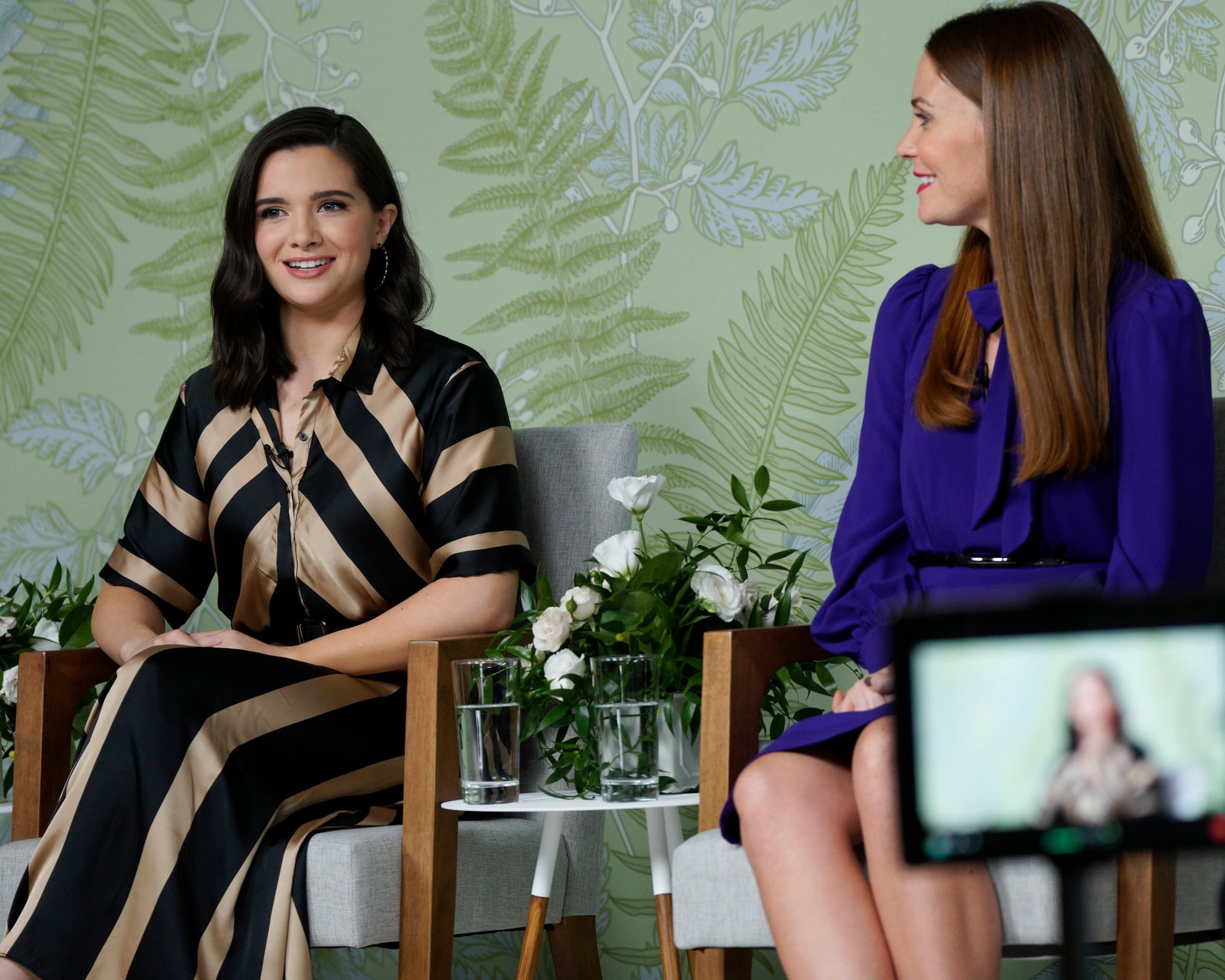 The Bold Type is steeped in current events. Freeform's drama about three 20-somethings working in media at the fictional Scarlet magazine in New York City often feels farfetched (I don't know many women in media who have that much time to traipse around the city on a workday), but where the show truly shines is with the way it takes heavy conversations happening around us every day and translates them onto the show in a way that makes you think without making you feel like someone is shoving their opinions down your throat.

When I say The Bold Type tackles some really heavy conversations, I mean really, really heavy topics that are both personal and universal. Jane Sloan (Katie Stevens), one of the main characters of the show, lost her mom to breast cancer when she was younger and then finds out she has the BRCA1 gene mutation, making her susceptible to breast cancer. It's a challenge she deals with for multiple seasons of the show before deciding to get a preventative double mastectomy — not a topic commonly discussed on TV and definitely not one discussed in someone so young, even though breast cancer is the most common cancer in women in this age group. The topic was presented in a way that makes you care about Jane and how she's handling her own diagnosis but showing you as the viewer what happens next. What happens after the diagnosis, the surgery, etc. It shows you how to cope.

Related:
20 Perfect Reasons Why You Should Be Watching The Bold Type

One of the more universal hot topics The Bold Type tackled on the show, though, was gun control. Sutton Brady (Meghann Fahy), who grew up in rural Pennsylvania, has a secret gun she keeps in her apartment with Jane, but when Jane finds out, they had to have a long conversation about why she has the gun and why Jane's not OK with it. To bring up this topic in a country that's plagued with gun control issues in a way that was less about shootings and more about why Sutton has a gun gives viewers another way to look at things. For Sutton, it had to do with her memories of shooting in a totally controlled environment while growing up, but after examining the situation and talking it through like adults, she decided to ditch the gun because she knew she didn't need it.

The Bold Type sets out every single episode to normalize topics that people maybe don't want to talk about. Whether it's Jane telling a crowd of people that she has a yeast infection from a spa treatment she's supposed to recommend or Kat (Aisha Dee) outing an executive at Scarlet for supporting a politician who advocates for conversion therapy, The Bold Type isn't afraid to go there. At one point, Jane even goes after a world-famous photographer with several abuse-related allegations against her because she didn't want more models to be subject to those working conditions. That storyline put the idea front and center that it doesn't matter who you are or how much money you make or awards you win, it doesn't excuse you for horrendous behavior like abusing those who work for you.

But perhaps the most powerful and gut-wrenching storyline The Bold Type took on was one about rape. At the end of season one, the show introduced a story very similar to Emma Sulkowicz's, the Columbia University rape survivor who carried around the mattress she was raped on. In The Bold Type, a young woman named Mia suffered a similar fate, but rather than the show focusing so heavily on the trauma of rape, it focused on coping with it. And in the most heart-wrenching twist, Scarlet editor in chief Jacqueline Carlyle (Melora Hardin) reveals to Jane that she's also a survivor — she'd been assaulted by a previous editor and never said anything about it. The show aired in 2017 amid the #MeToo movement and gave another voice to the story.

While The Bold Type masterfully handles these delicate topics in a way that shows you a new point of view you hadn't yet thought of or reaffirmed how you already felt, the fourth season feels like it's dropping off with these stories. Though Jane's been openly dealing with her double mastectomy this season, the rest of the recent episodes have felt lackluster in terms of tough topics. It's not that the episodes are any less enjoyable, but for a show that has built a reputation on tackling the hard-to-handle stories, I'd hate to see them fade out.

The show may take some creative liberties on lighthearted topics (seriously, how do they get from Brooklyn to Manhattan SO fast?), but on the important topics, the showrunners and cast handle them with care and really give you something to think about. It's a show that'll probably make you tear up because it humanizes these issues that don't always feel real because they're not in our own everyday lives. They're exactly the tough topics that we should normalize talking about, though, and hopefully The Bold Type keeps bringing them up.

Stranger Things
You May Have Missed Suzie From "Stranger Things" in This Pivotal "PLL: Original Sin" Role
by Noelle Devoe 6 hours ago