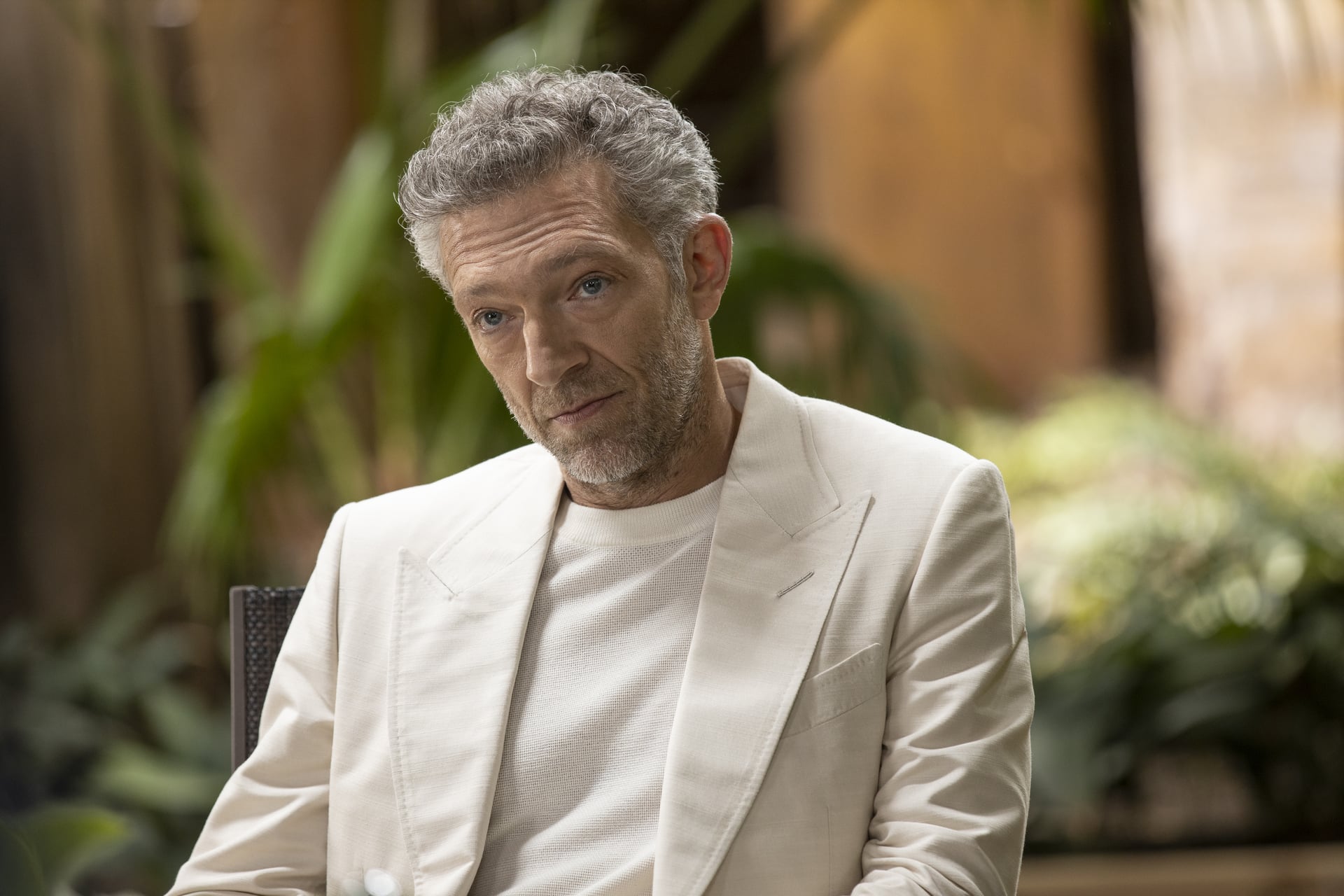 Another episode of Westworld, another hour of scenes and plots to make our heads spin. In dire need of an explanation of Westworld's "The Winter Line"? We've got you covered. Unsurprisingly, the episode is another doozy, with Maeve taking centerstage and Bernard trying to find a purpose. Before you give yourself a headache trying to figure it all out, here are a few key points.

Maeve wakes up as another character in another world that seems to be artificially designed similarly to Westworld. Only now, it looks like Warworld, a live-action version of World War II, complete with Nazis and an underground resistance. Soon, she realizes she wasn't rebooted to play another role in yet another park. Maeve's "pearl" (aka her brain) was used to replicate Warworld and teach some tech bigwigs how to get to the hosts' consciousnesses. Unfortunately for them, Dolores hid the pearl in a cloud-like server somewhere that she only knows of. This means Maeve can't lead her mental captors to the long-gone hosts, but she proves to be useful in other ways.

2. Instead, It's a Digital Prison-Like Puzzle For Her to Figure Out

Serac, one of the original architects of Rehoboam, the sphere Dolores is so keen to get control of in the real world, is behind imprisoning Maeve inside her own mind. He reveals that he originally wanted to know where the other hosts were sent when Dolores stopped herself from deleting them at the end of season two. When it's clear Maeve doesn't know, Serac watches her figure out that she isn't, in fact, in Warwood at all, but instead a simulation.

Once Maeve figures out that she isn't in another park, she devises a plan to overload the system and hack her way out. Think of it as opening too many programs or applications on your computer; the system can't handle all of the processes simultaneously, and it shuts down. By Maeve giving the Delos employees in the simulation her difficult math equation and then confusing the Nazi soldiers with the litany of secret maps, she wreaks havoc on the system.

This causes the foundation to crack and enables Maeve an opportunity to try to get her pearl from its place in what appears to be Serac's headquarters of sorts. Although she is successful in hacking a robot into taking her pearl out of the building, it is soon shot down and Maeve fails.

4. Serac Wants to Use Maeve to Defeat Dolores

Luckily for Maeve, Serac is so impressed by her intelligence in the simulation that he wants to bring her on board for taking down Dolores. He assures her she is now in the real world and, it can be assumed, he put her pearl into a new copy of Maeve's host body. Because of her ability to control other hosts and drive to be with her daughter rather than destroy humanity, Serac wants her help in taking down Dolores.

Because, he explains, the Rehoboam sphere somehow clued him in on what Dolores will do to humanity and hosts alike if she isn't stopped. Don't worry, everything about Rehoboam is still a little foggy, and that seems to be intentional for now.

5. No, Game of Thrones Does Not Take Place in Westworld

When Bernard and Stubbs, who is a host and has always been a host, unbeknown to viewers, are walking through one of the underground Delos labs, they pass a pair of potentially laid-off Delos employees with a large host dragon. The dragon is essentially an exact replica or even a digitally imposed shot of Drogon from HBO's Game of Thrones.

The men are D.B. Weiss and David Benioff, the show's creators. The dragon is clearly meant to be part of the medieval world Bernard and Stubbs are underneath, so no, we aren't getting WesterosWorld. But it was a cheeky little nod to another HBO powerhouse series that plenty of fans ate up.

6. Bernard and Stubbs Are Now Working Together

Stubbs was made by Ford to protect and, essentially, serve Bernard in his mission to stop Dolores. His programming was limited to helping Bernard in the park, but now that Bernard reprogrammed him and added new functions, Stubbs and Bernard are going to be looking for Dolores in the real world to stop her from destroying mankind and, potentially, all existing hosts as well.

There are miles to go before things converge and season three of Westworld makes more sense, but the first two episodes of the season have set things up for what could be an epic showdown between Maeve and Dolores. It's going to be good vs. evil when it's all said and done, and it's still not clear which side viewers should be on.