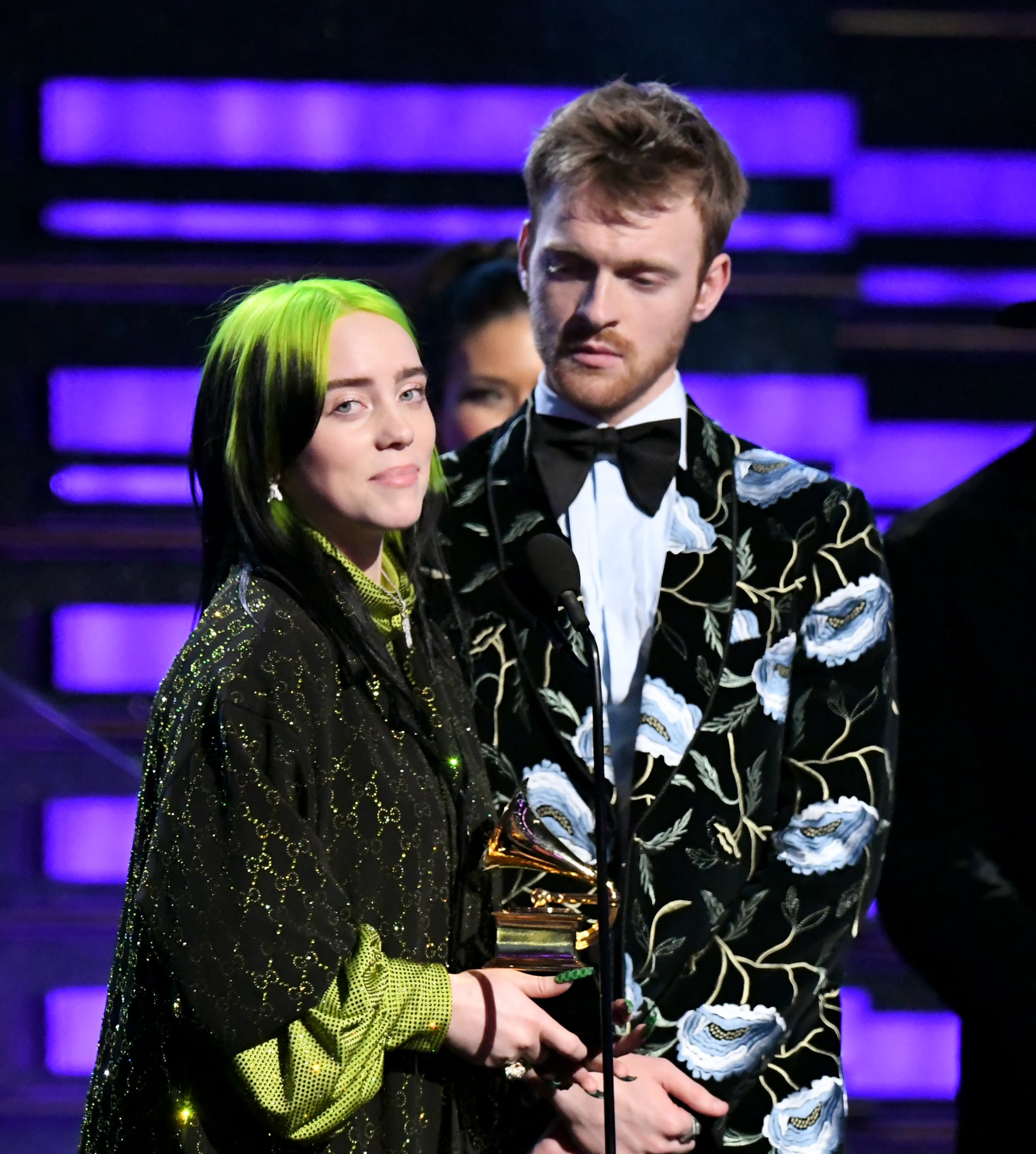 When Billie Eilish accepted her Grammy for best new artist on Sunday night, she became one of several artists who got bleeped during the broadcast. What did she say to warrant the censor button? Eilish dropped a brief bit of profanity while joking about the internet's surefire reaction to her win.

"All the other artists in this category . . . you deserve this just as much as I do, and I know your fans are hardcore and they're going to fight for you and they love you and they're going to talk sh*t for me for years because of this," she said. Still, she had nothing but kind words for music fans in general, going out of her way to thank them during her speech. "I love all fandoms. Thank you to the fans, you guys make it this worth it." Eilish won in a stacked category that also included major names like Lizzo, Lil Nas X, and Rosalía, so she probably wasn't entirely wrong about the potential for strong fan reactions from other factions!

It was a pretty amazing night overall for Eilish, who swept several of the night's biggest prizes. Along with her best new artist prize, she took home the three biggest awards: record of the year (for When We All Fall Asleep, Where Do We Go?), song of the year (for "Bad Guy"), and record of the year (also for "Bad Guy"). In each speech, she clearly tried to thank different people, from her family and friends (including brother Finneas) and her music colleagues to her touring team and, of course, her fans. It was the capper on a year that saw Eilish go from near-unknown to major sensation, and she's not slowing down anytime soon: her most recent deal, just announced recently, is to cowrite and sing the theme song for the upcoming James Bond film No Time to Die. We can't wait to see what she does next!