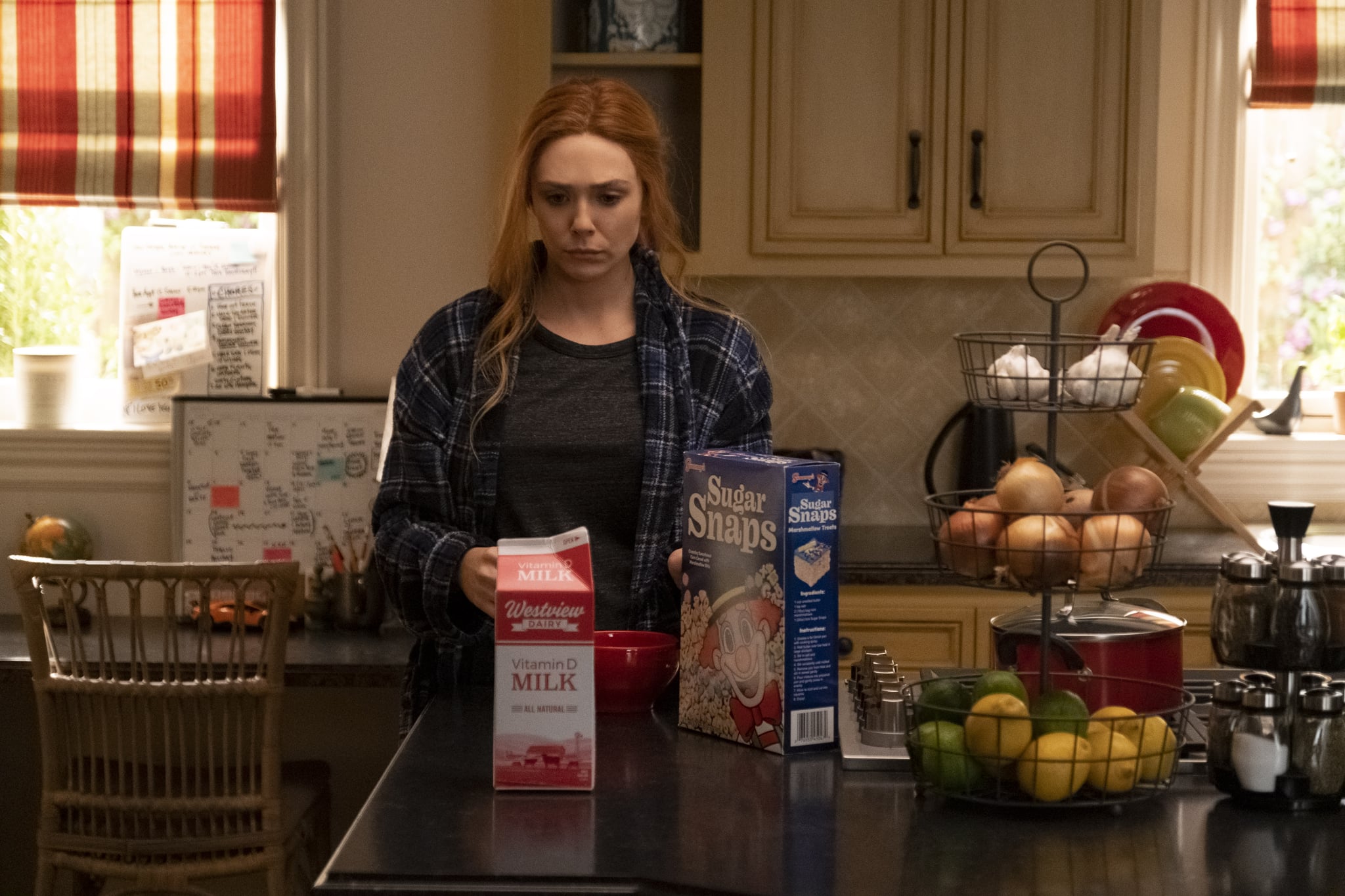 We've learned to leave no stone left unturned with Marvel's WandaVision, so when it came to the Nexus commercial in episode seven, we had to get into it. While the ads from previous episodes leave room for interpretation, only hinting at the chaos reigning in Wanda's mind, the promo in "Breaking the Fourth Wall" is a direct reference to a major Marvel concept and a pretty pointed callout to Wanda's mental state.

The Nexus capsules commercial follows a woman with depression who receives the antidepressant that "works to anchor you back to your reality — or the reality of your choice." The side effects are listed as feeling your feelings, confronting your truth, seizing your destiny, and possibly more depression. These are all steps Wanda isn't taking because of a crippling inability to deal with the trauma she's been through. Essentially, it's all the emotions that Wanda will feel once she finally accepts the reality of her situation after Avengers: Endgame. She's been using Westview as an alternate reality, much like her quarantine-style staycation in the episode. But she needs to step into the real world, which doesn't revolve around her. (Unlike this created world, which does.)

Aside from referencing Wanda's depression, Nexus also refers to Marvel's Nexus of All Realities and Nexus beings. The Nexus of All Realities is a gateway or crossroads between dimensions from which all universes in the multiverse can be accessed. In the comics, the Nexus is located in Florida and guarded by Man-Thing. Nexus beings are those who have powers that can alter reality, probability, and the Universal Time Stream. Guess which Westview resident is considered a Nexus being? That's right, Wanda! So why is this exciting, and what does it have to do with the next big films of the MCU? Well, it's hinted that Spider-Man 3 will involve the multiverse, and we already know that Elizabeth Olsen is appearing in Doctor Strange and the Multiverse of Madness. That means, if the Nexus reference becomes more than just a cheeky call out, the events of WandaVision will kick off the adventures of the multiverse for the rest of MCU's Phase Four.

Let's theorize that the end of WandaVision's seventh episode leads to the reveal that Agatha and whoever she's working with are using Wanda (and possibly her children) as tools to open a Nexus. As a Nexus being, Wanda has the power to mess with the fabric of reality, as we've seen her do with Westview. By using her grief as an opening to manipulate her as they take her power, someone has gained the perfect tool to open the multiverse and allow whoever they want to pass through all willy nilly. Now, doing this will directly correlate with the rumors of what's to come in Spider-Man 3, which includes the return of characters seen in Sony's Spider-Man films, such as Jamie Foxx's Electro. The chaos that opening the multiverse would cause could lead to the intervention of Doctor Strange, whom Wanda will come across while possibly searching for her missing children. That means that the Nexus commercial could signify that the Marvel Multiverse is right around the corner.

That may sound intense, but considering the route WandaVision has already taken us, it's not far-fetched! We have two episodes left, but we're placing our bets on Nexus being the catalyst to everything multiverse in the MCU.

TV
Mitchell Slaggert Talks Jackson and Kimberly's Relationship in "TSLOCG": "You Root For Them"
by Monica Sisavat 6 hours ago