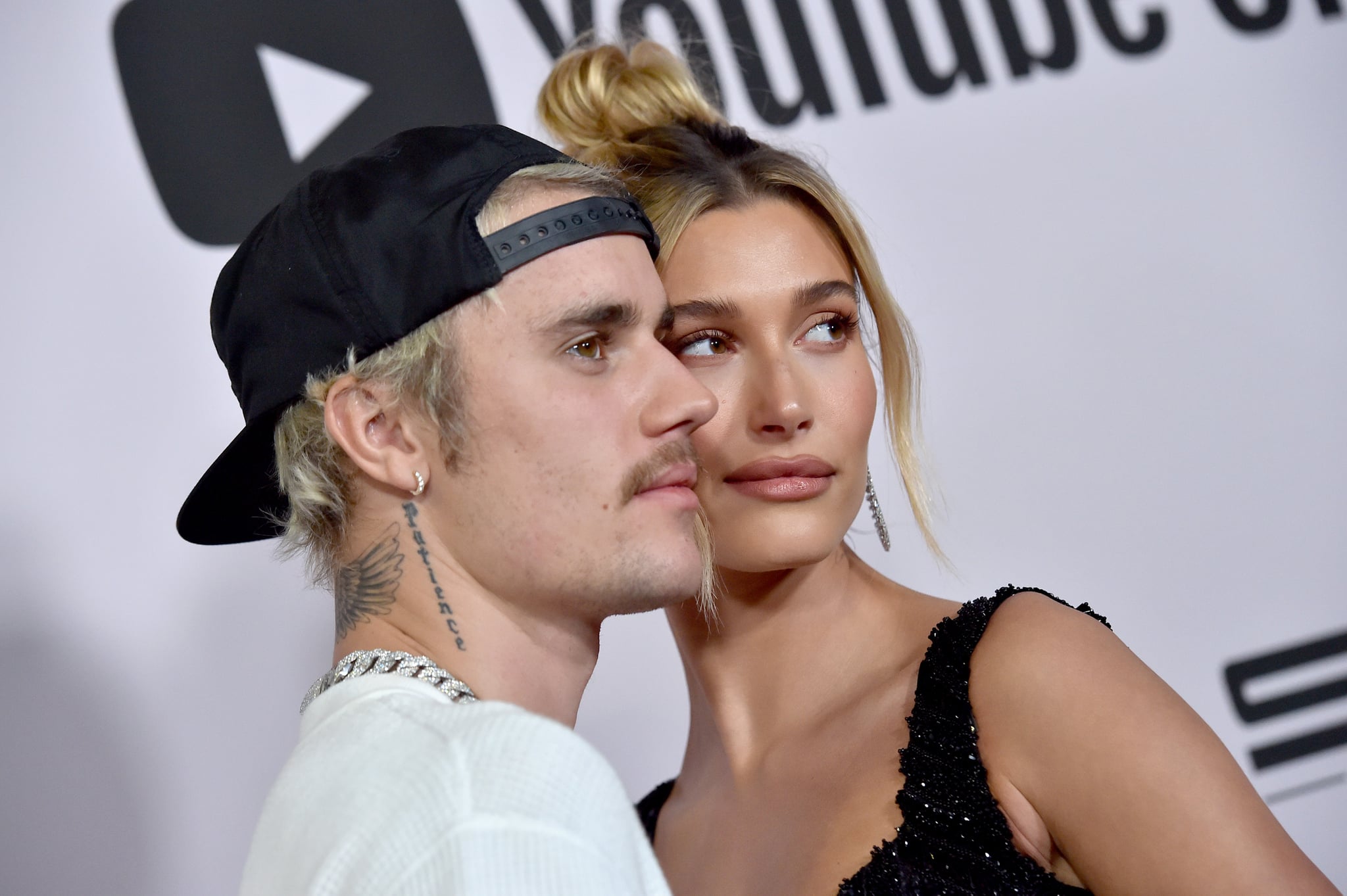 Justin and Hailey Bieber are giving fans a glimpse of their home life as they self-isolate in Canada during the coronavirus pandemic. On Monday, the couple dropped the first episode of their new Facebook Watch series, The Biebers on Watch. The 12-episode reality series will "offer an exclusive look at their life through a series of intimate conversations and activities with famous friends and family" and will be filmed on GoPros around their Toronto home. New episodes will air every Monday, Wednesday, and Friday on Facebook Watch.

Justin and Hailey famously tied the knot in September 2018 and again last year. In the premiere episode, the pair visit a lake, which Justin used to fish in as a kid. While there, Justin and Hailey reflect on their relationship and talk about the ups and downs of marriage. "There's a lot of things I need to work on, forgiveness things, jealousy things, insecurities [that] I didn't even realize I had until I chose to spend my life with you," Justin tells Hailey after she asks him what the hardest thing about marriage is.

The Facebook Watch show comes just months after Justin released his Seasons documentary on YouTube. The docuseries focuses on the singer's new music and career struggles, but The Biebers on Watch will revolve more around Justin and Hailey's life as a married couple. Check out the first episode below.