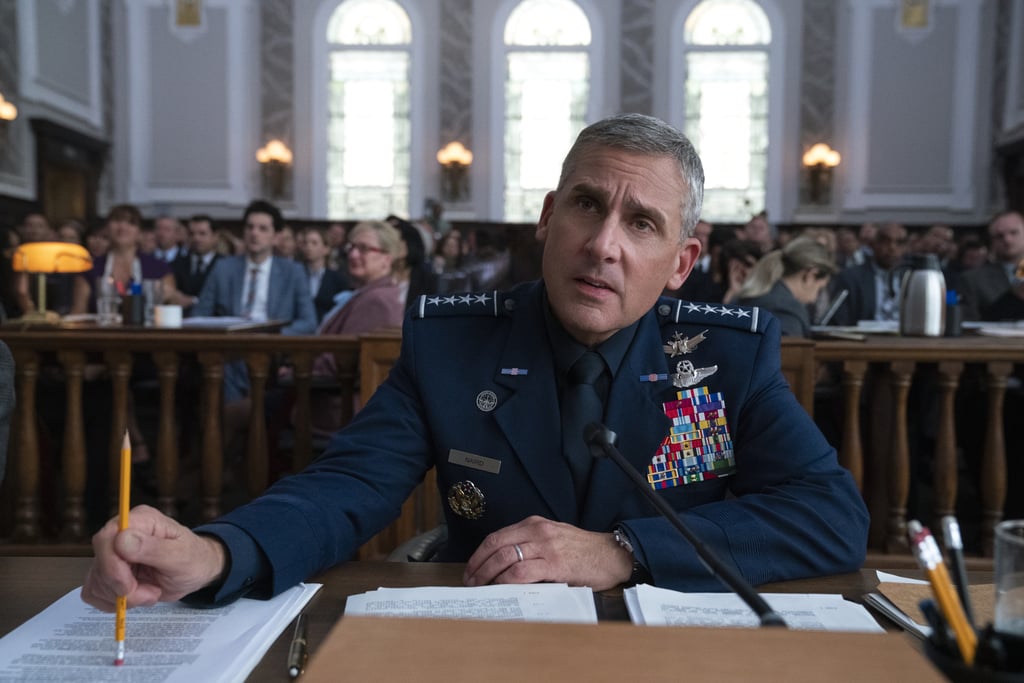 Have a Million Questions About Netflix's Space Force Series? Here's the Lowdown

Steve Carell and Greg Daniels teamed up for something out of this world, and no, it isn't a revival of The Office. The duo cocreated Netflix's new comedy series, Space Force, inspired by the real-world military branch conceived by Donald Trump to wage "space warfare." Yes, that is a real thing.

Carell stars as decorated pilot General Mark R. Naird alongside a star-packed cast in the workplace comedy, where the stakes are sky high and the ambitions even higher. Keep reading for everything we know about the upcoming series, and be sure to check out Space Force when it premieres on Netflix on May 29.