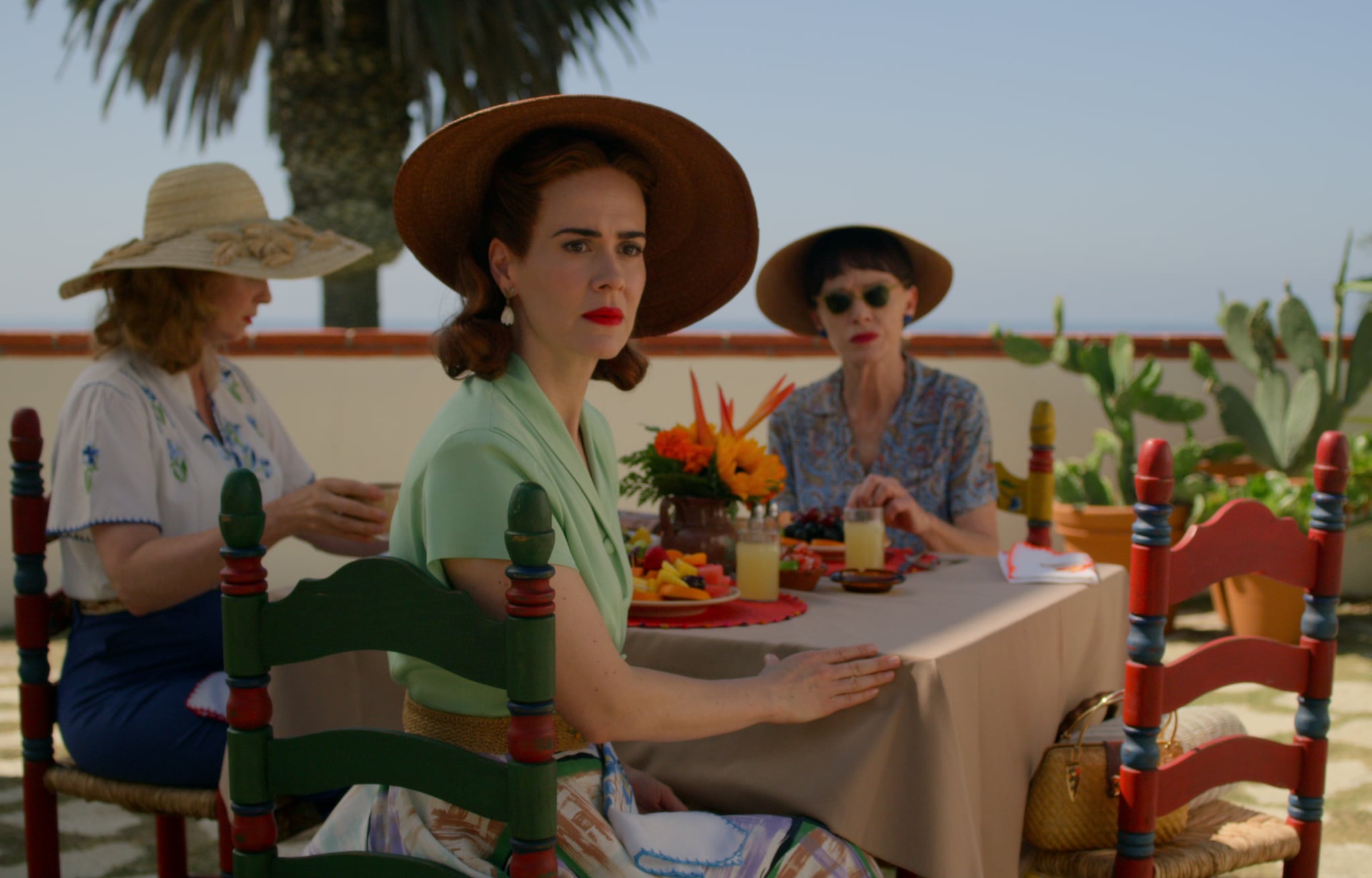 While Netflix's new series Ratched is filled with secrets, its setting is one of the few things that isn't a mystery. The show — which is a prequel to One Flew Over the Cuckoo's Nest — follows Nurse Mildred Ratched as she seeks employment at a Northern California psychiatric hospital and is primarily set in 1947. This is seen in everything from the clothes the characters wear (including both the gorgeous outfits of Sharon Stone's Lenore Osgood and the nurse's uniform of Sarah Paulson's Mildred) to the references peppered throughout.

The only time the series departs from the year 1947 is during character flashbacks or a flashforward in the final episode. In the flashbacks, we're sent to the Great Depression and the end of WWII as we learn of Mildred's upbringing and her eventual dismissal from the army. Ratched then ends in Mexico in 1950, as Mildred seemingly gets her happy ending. This suggests that season two will likely be set in 1950, with potential future seasons ending before the setting of One Flew Over the Cuckoo's Nest in the late 1950s and early 1960s.