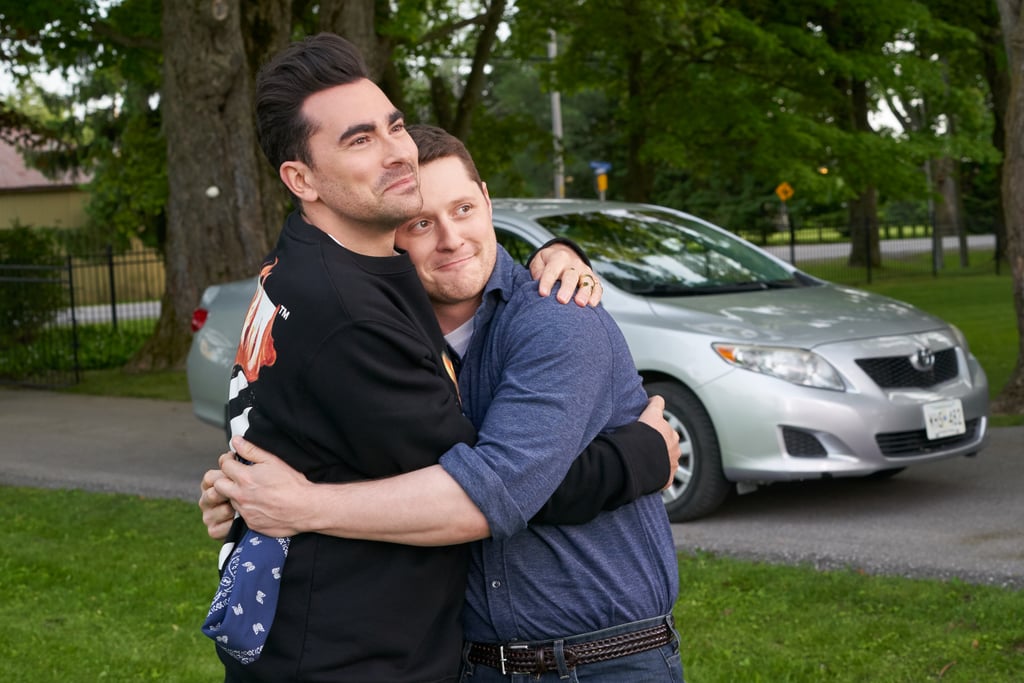 No, You Aren't the Only One Still Sobbing Over the Schitt's Creek Finale and Documentary

Our warmest regards to Schitt's Creek fans everywhere, because we know you're an emotional mess. The Pop TV comedy aired its series finale on April 7, followed by a documentary special that gave fans a behind-the-scenes look at the cast and crew's journey during the final season. Titled Best Wishes, Warmest Regards: A Schitt's Creek Farewell, the special featured never-before-seen footage of wardrobe fittings, the cast's emotional final table read, audition tapes, and interviews with fan favorites, including Eugene Levy, Catherine O'Hara, Dan Levy, and Annie Murphy.

From watching the Roses say goodbye, to David and Patrick finally getting their beautiful wedding day, and then watching the cast themselves get emotional over their farewell, fans didn't stand a chance. If you say your weren't already sobbing by the time Patrick sang a bit of Mariah Carey's "Always Be My Baby" as a part of his vows, we're just going to assume that's a barbarous jape, bebe! Keep reading for some of the most heartfelt reactions from fans after they watched the finale and the documentary; even the cast got into it as they watched the finale over Zoom.