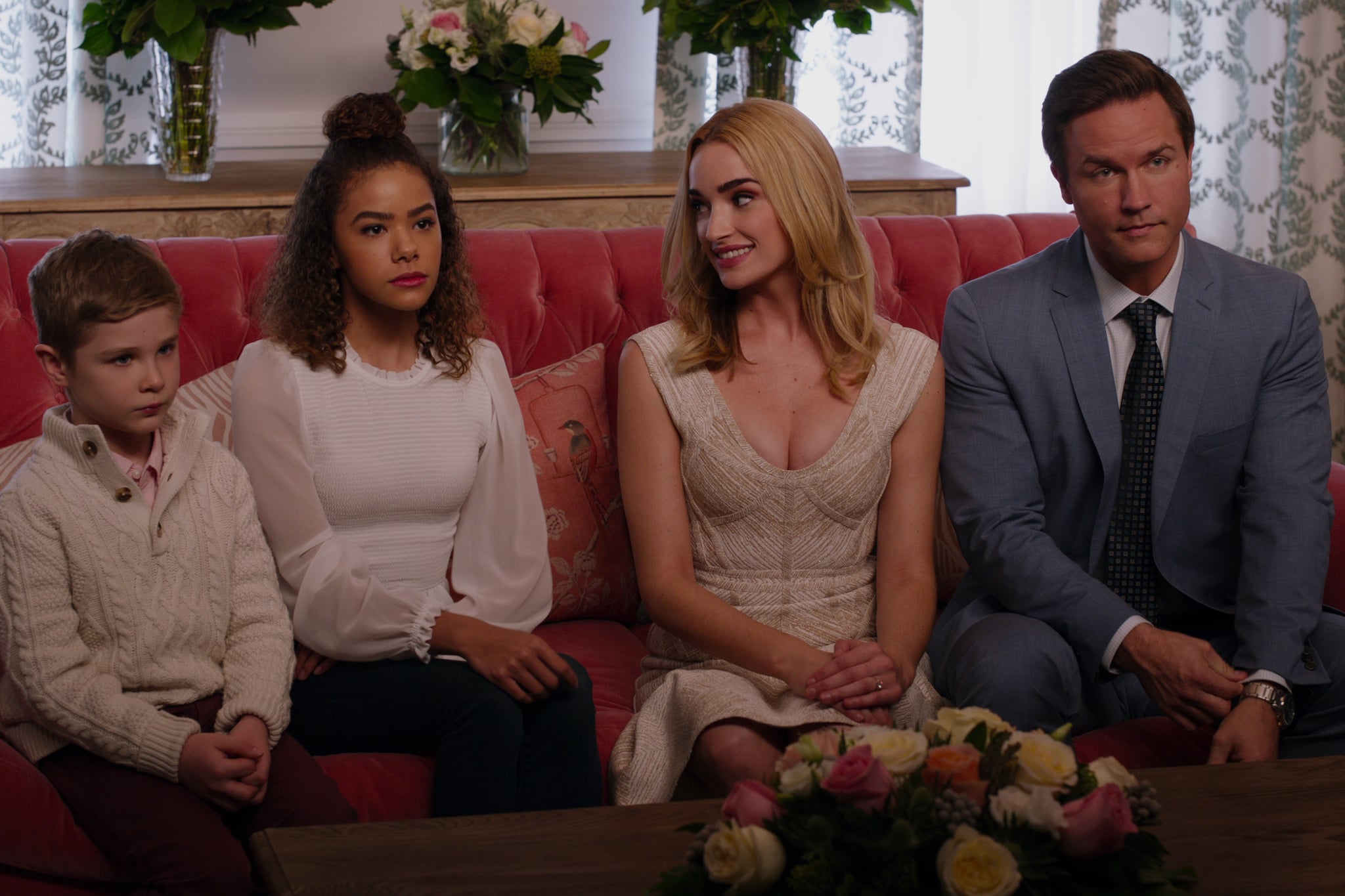 Since its Feb. 24 release, Netflix's new series Ginny & Georgia has faced severe criticism for making an offhand, outdated, and sexist remark at the expense of Taylor Swift's personal life. In the season finale, the titular mother-daughter duo engages in a heated argument about their respective complicated love lives. Feeling inspected and blind-sided by her mother's knowledge of her covert love affair, Ginny resorts to a deeply flawed, uncalled-for quip, sniping, "What do you care? You go through men faster than Taylor Swift?"

Naturally, Swift's fans caught wind of the jab and subsequently expressed their disapproval by getting "Respect Taylor Swift" trended on worldwide Twitter. On March 1, Taylor herself weighed in on the matter by sending out a succinct tweet, calling out Netflix for its complicity in the debacle.

Hey Ginny & Georgia, 2010 called and it wants its lazy, deeply sexist joke back. How about we stop degrading hard working women by defining this horse shit as FuNnY. Also, @netflix after Miss Americana this outfit doesn’t look cute on you 💔 Happy Women’s History Month I guess pic.twitter.com/2X0jEOXIWp

This isn't the first time such an incendiary comment has made into a Netflix show. In a 2017 episode titled "#GetMoney," a character in Degrassi: Next Class also echoed a similar sentiment, saying, "Taylor Swift made an entire career off of her exes." In her tweet, Taylor pointed out that she was especially disheartened as Netflix exclusively streamed the singer-songwriter's documentary, Miss Americana, last year that expansively details the toll toxic media coverage took on Swift's personal life and mental health. (Netflix is also home to the recorded version of Swift's Reputation Stadium Tour.)

Criticism isn't limited to Netflix as an organization; some fans deluged actor Antonia Gentry's social handles with hateful messages and disturbing racial slurs. The show is Gentry's first major acting credit; there's no reason why she should be targeted or singled out when the creators of the show and Netflix fully had the reins. On March 5, Gentry posted a lengthy note on her Instagram expressing her gratitude for fans' love and support through it all. Noting that while Ginny Miller is a fictional character, "she shows us our biases, prejudices, and injustices . . . She makes mistakes – morally, mentally, physically, emotionally – and not just within herself, but within the broken world she lives in."

To anyone wondering why one "flippant" remark is gaining massive attention – there is more to this than meets the eye. The fact that there are two women writers behind the show is bewildering to me; and also proof positive that none of us – not even women – are immune to the internalized misogyny that is ingrained into us ever since our childhood. It runs deep.

None of us – not even women – are immune to the internalized misogyny that is ingrained into us ever since our childhood. It runs deep.

Swift has been subjected to this type of "subtle" sexism for years. The mere fact that she chooses to write about her relationships in her songs is deemed strategic by some, to put it mildly. Not long into her professional life, Swift's dating life was unduly speculated upon, picked apart, and ridiculed in the public eye, so much so that her artistry was reduced to nothing more than fodder for hot gossip about who the subject of the song may be. This, in large measure, fed into the inspiration behind 2017's Reputation – a much-needed record in which she attempts to regain control of her life's narrative. Fast forward to 2021, the bigotry rears its ugly head yet again. So yes, I can imagine why it struck a nerve.

While male writers have been making music about their love lives since the beginning of time, not once in my 25 years of existence have they ever been put through hell and dragged through the mud the same way a woman is. As a matter of fact, they are revered and put on the pedestal for their transparency and vulnerability. Women are slandered and shamed for doing something that men are celebrated for – the very epitome of double standards. It seems to me that the amount of persecution and abuse hurled your way glaringly – and quite frankly, conveniently – boils down to whether you are a woman or a man in this world. Alexa, play "The Man" by Taylor Swift.

I've noticed several people say that "this is not a proportional response to a joke." If this was a response to an isolated remark, I might agree — but it's not. This rebellion is an amalgamation of pent-up frustration to all the misogynistic, malignant comments and jokes people have directed at Swift – and women, in general – for years on end. We're not losing our collective temper over a minuscule, seemingly insignificant reference for no apparent reason; we recognize the fluorescent fact that Swift has been on the receiving end of this treatment for what is now half her life.

Related:
25+ Girl Power Books Every Budding Feminist Should Have in Her Library

Swift isn't the only mainstream celebrity, let alone the only woman, who has had to go through this horrifying cycle. One need not look further than Britney Spears and Meghan Markle to see paparazzi and tabloids ripping apart successful, hard-working women.

These "jokes" were not funny a decade ago, they are definitely not funny now. Including this type of biased dialogue in a series immortalizes a narrative that millions of viewers will be introduced and reintroduced to for years to come. The "take a joke" mentality simply minimizes the irrevocable damage the sexist attitude is causing. It's not even the misogyny that scares me, it's the denial of it. Making a mistake is human. Inserting that unwarranted remark and refusing to own up to your part while burying your head in the sand – that I take issue with.

We may have biases and prejudices against women without realizing they exist. You can "know better" and still, your subconscious might take a while to catch up to your instincts. You can be a fierce feminist, and yet have bigotry and misogyny coursing through your veins unbeknownst to you. As sad as it is, these two aren't mutually exclusive. It takes action and education to combat the poisonous ideology that's been programmed and baked into our brains without our consent or knowledge. It cannot be dealt in one fell swoop at the wave of a magic wand.

It's high time we took a long hard look at ourselves and discard the beliefs that don't dovetail with our feminist ideals. In the wise words of Taylor Swift, "Toss it out, reject it, and resist it."

Netflix
An Update on Where Dr. Donald Cline From "Our Father" Is Now
by Pallavi Bhadu 29 minutes ago

Celebrity Couples
Like Taylor Swift and Joe Alwyn, These 10 Couples Wrote Hit Songs Together
by Hedy Phillips 4 hours ago

by Angela Law 14 minutes ago