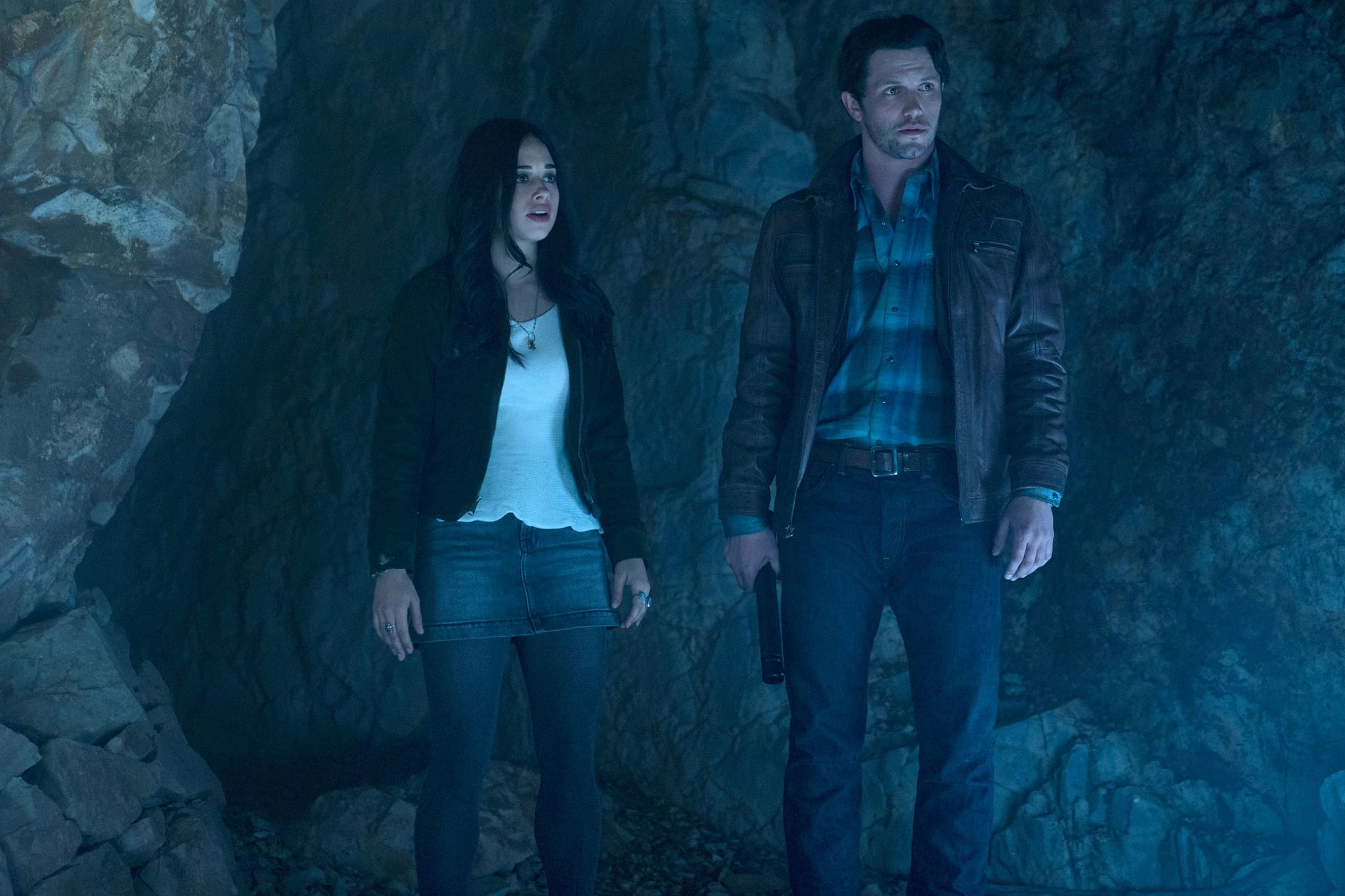 TV is packed with revivals and reboots, and there are plenty more coming. Too often, though, these shows falter at finding a way to stand on their own two feet, and this seems to affect dramas even more than comedies. Unexpectedly, it's The CW's sci-fi drama Roswell, New Mexico that offers a blueprint for how reboots can be at their best.

Where too many reboots justify their existence with nostalgia (or, cynically, a desire to take advantage of name recognition), Roswell, New Mexico has a genuine reason to exist. The original Roswell used its alien characters as a metaphor for teenagers feeling like they don't fit in, but the word "alien" has a totally different connotation in 2020 America, and this Roswell leans into that wholeheartedly.

Its heroine, Liz (Jeanine Mason), is Latina, daughter of an undocumented immigrant in a small community with plenty of subtle and not-so-subtle bigotry. There's a constant tension between her experiences and the experiences of the "real" aliens — all of whom appear to be white humans. It's the sci-fi/drama mirror to One Day at a Time (arguably the best comedy reboot, and definitely one other shows should learn from), and not just because both shows are Latinx-led: it's because they both understand how to take the themes of an existing property and update them thoughtfully and with a focus on character, not heavy-handedness.

It's the sparkling, electric chemistry between Vlamis and Blackburn that has unexpectedly elevated the storyline to the pantheon of truly iconic TV relationships.

Roswell, New Mexico's other secret sauce? Lucking into a signature "ship" that's all its own. Liz and her broody alien beau Max (Nathan Parsons) are still the heartfelt romantic leads of the show, but the show's signature relationship is a creation unique to this version: bisexual alien mechanic Michael (Michael Vlamis) and Alex (Tyler Blackburn), a half-Native American Air Force captain who lost part of his leg in combat. The writing of their epic, decade-spanning love story immediately won fans, but it's the sparkling, electric chemistry between Vlamis and Blackburn that has unexpectedly elevated the storyline to the pantheon of truly iconic TV relationships. It was, perhaps, a risk, given how beloved the original version's Michael/Maria pairing was, but it's proved these risks pay off and that reboots benefit from not imitating their predecessors or taking new routes to the same endgame.

That's not to say it's perfect, of course. Roswell has a knack for intriguing side characters, but with 13-episode seasons, it's inevitable that there's a bit of a letdown because they don't get the screen time and development we'd like. Season two has given much more screen time to Maria (Heather Hemmens) but has also attempted an ill-advised love-triangle plot that's distracted from her journey of self-discovery and turned the crackling energy between Michael and Alex into an exhausting cycle of "it's over" declarations. Still, it's a smart and witty show whose best moments are truly great and, more importantly, truly its own. Other reboots should take notes.