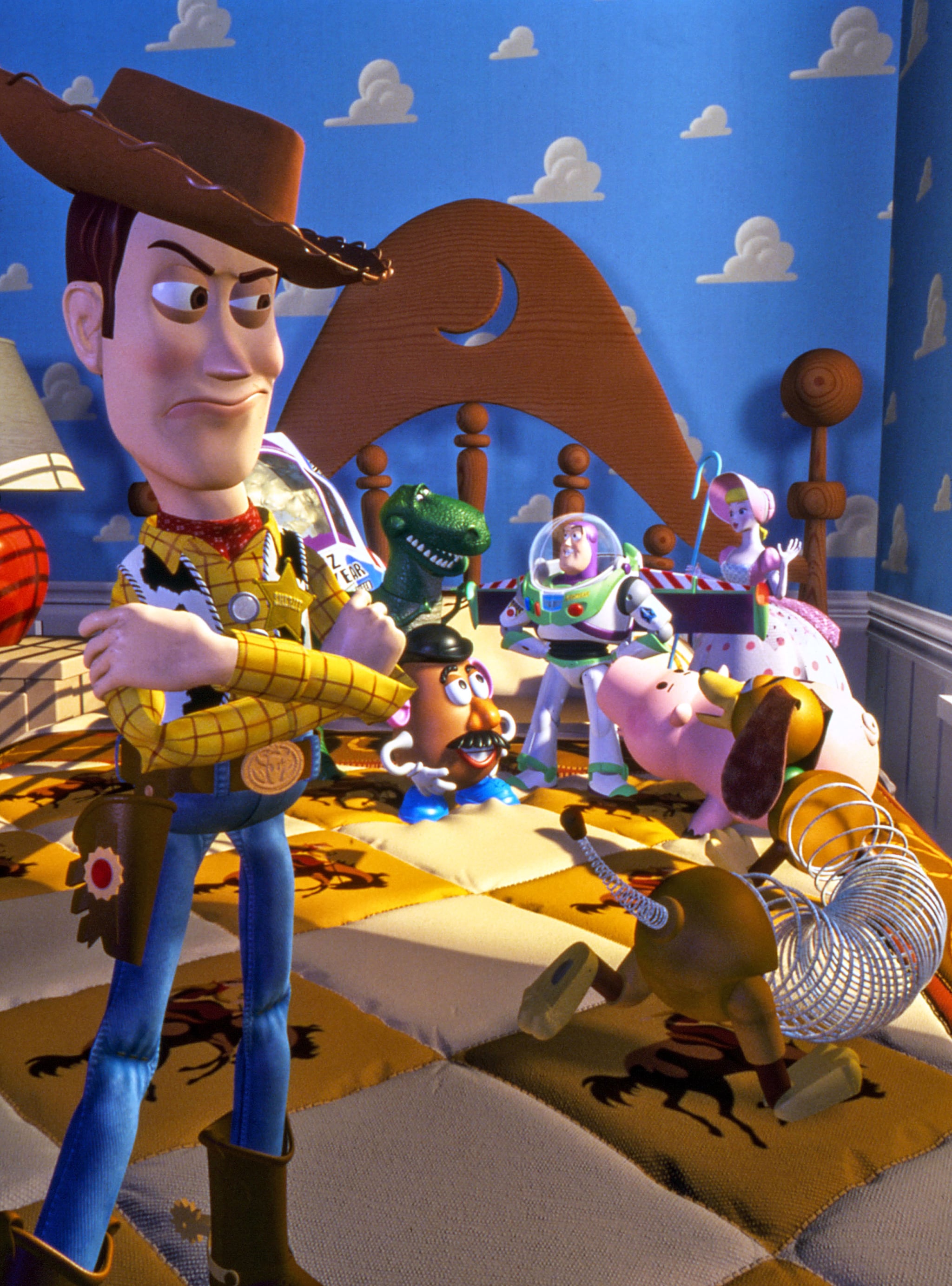 What do your toys do when you leave the room? I've wondered this ever since Disney's Toy Story premiered. I was 2 when I first saw the movie and instantly fell in love with the realistic-looking toys and the idea that they have minds of their own. I'll be the first to admit that I'm a fan of cowboys, potato heads, little green army men, piggy bank toys, and space rangers — but after rewatching these childhood movies approximately 500 times with my toddlers, one character in the series really started to grind my gears: Woody the cowboy is the freaking worst.

This is nothing against Tom Hanks (aka America's Dad). It has everything to do with the way Woody, supposedly the star of the franchise, treats his friends, constantly tries to be in the spotlight, sulks when he doesn't get his way, and suffers from some major Hero Complex issues. Oh yeah, and the way he throws some serious shade to the other toys.

Let's start with the first movie, Toy Story. Woody is normal for all of five minutes at the beginning, but then becomes insanely jealous when Andy gets a new toy for his birthday (who, by the way, is superawesome and cool — have you seen that wingspan?). When Buzz Lightyear (Tim Allen) enters the room, all the other toys are being decent and pretty welcoming, considering he is obviously a totally advanced toy complete with laser gun and wings that shoot out and buttons that make him talk. But Woody is just over-the-top mad. He flat out tells him, "There has been a bit of a mix-up, this is my spot." Later, when Buzz tries to correct Woody on his job title ("space ranger" not "toy"), Woody retorts, "The word I'm searching for, I can't say, because there's preschool toys present." Pretty aggressive stuff.

Woody arranges for Buzz to fall out of the window, and after Buzz falls down and is lost in the bushes, Woody just happily goes along with Andy to Pizza Planet, hoping to never have to see Buzz again. Uh, rude! Later, he takes Buzz's arm to try to trick his friends into thinking Buzz is OK — when Buzz is having a mental breakdown. He only becomes friends with Buzz after they go through a traumatic experience together and Buzz steps up to save him. Even at the end of the movie, Woody will not let it go. The toys are waiting to see what Andy gets for Christmas when Woody says, "Now Buzz, what could Andy possibly get that is worse than you?" That's hurtful, Woody. 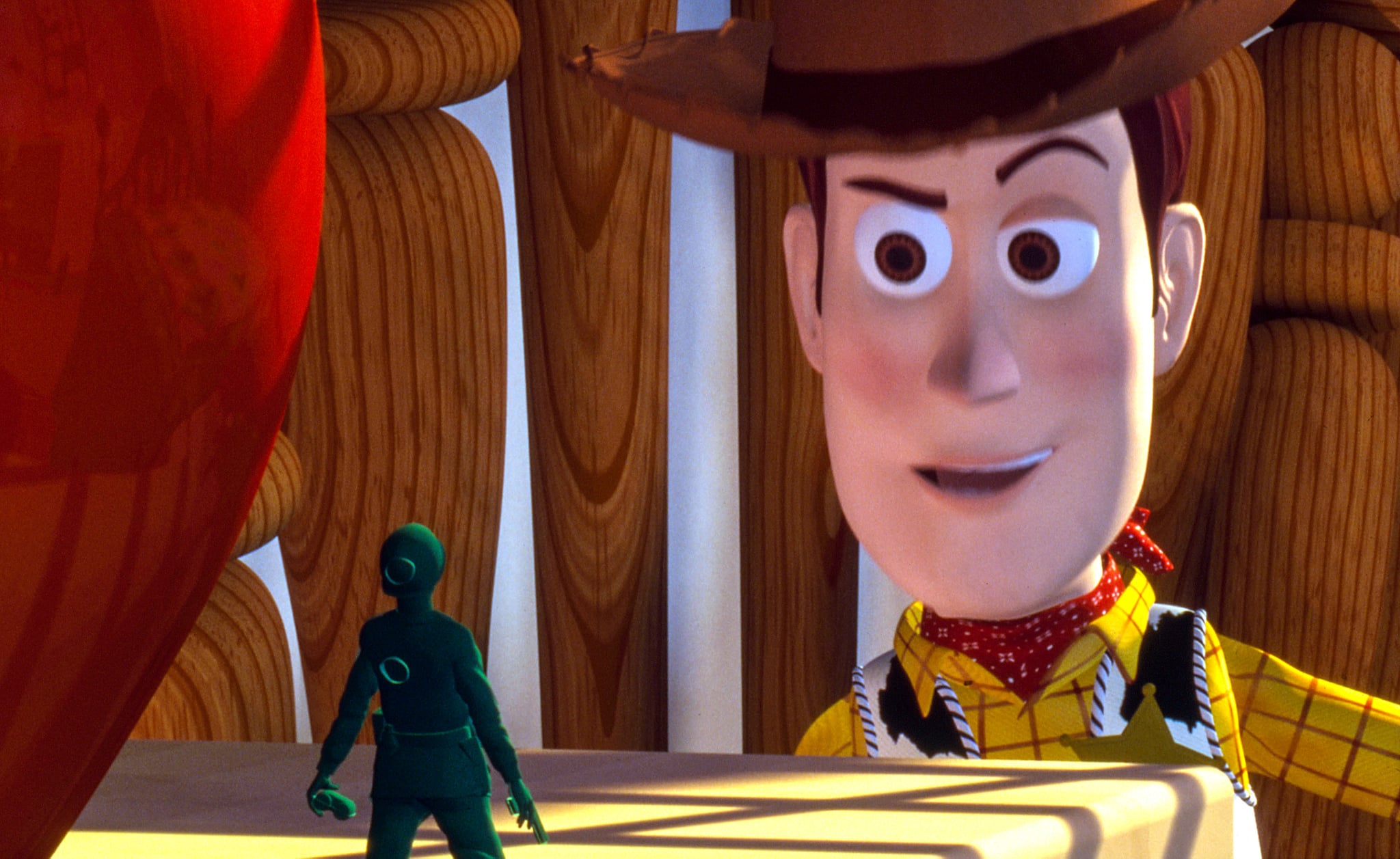 In Toy Story 2, Buzz has settled in as one of Woody's friends, and everything seems back to normal . . . until Andy accidentally rips Woody's arm and decides not to take him to cowboy camp. Now Woody keeps feeling sorry for himself, ruminating about Andy's rejection. To cheer himself up, Woody goes outside to the garage sale to try to save Wheezy — there's that Hero Complex again — and gets stolen by Al of Al's Toy Barn. Buzz does the decent thing and tries to find Woody. He said, "Woody once risked his life to save me. I couldn't call myself his friend if I weren't willing to do the same."

Except, Woody doesn't care. When he discovers cowgirl Jessie (Joan Cusack), tons of cool merch with his face plastered all over it, and the fact that he was in a TV show called Woody's Roundup, Woody decides to stay. Why have just one kid worship you, when you could be famous and have tons of people in love with you? (Barf.) His friends literally risk their lives crossing a busy street to save him, and he basically tells them, "No thanks."

Although Toy Story 3 takes place several years later, Woody the narcissistic cowboy remains the same. Andy is going off to college, and the other toys think it would be better to go to daycare and get played with. However, Woody wants them all to stay in the attic — because he gets to go live it up in college with Andy. Woody doesn't understand why the remaining crew didn't want to rot in the attic with old Christmas decorations when they could be played with by so many kids, and — you guessed it — he has a bad attitude about it. He says, "It's nice here, I admit, but we need to go home." All the other toys invite him to stay, but he refuses.

"You have a kid — Andy!" he yells. "And if he wants us at college, or in the attic, well, then, our job is to be there for him." When his fellow toys refuse, Woody stomps off in anger saying, "I can't believe how selfish you all are." Woody does eventually help save the toys from the daycare and get them delivered to Bonnie's house — but on the other hand, he does it all thinking that he would be the new favorite toy again. 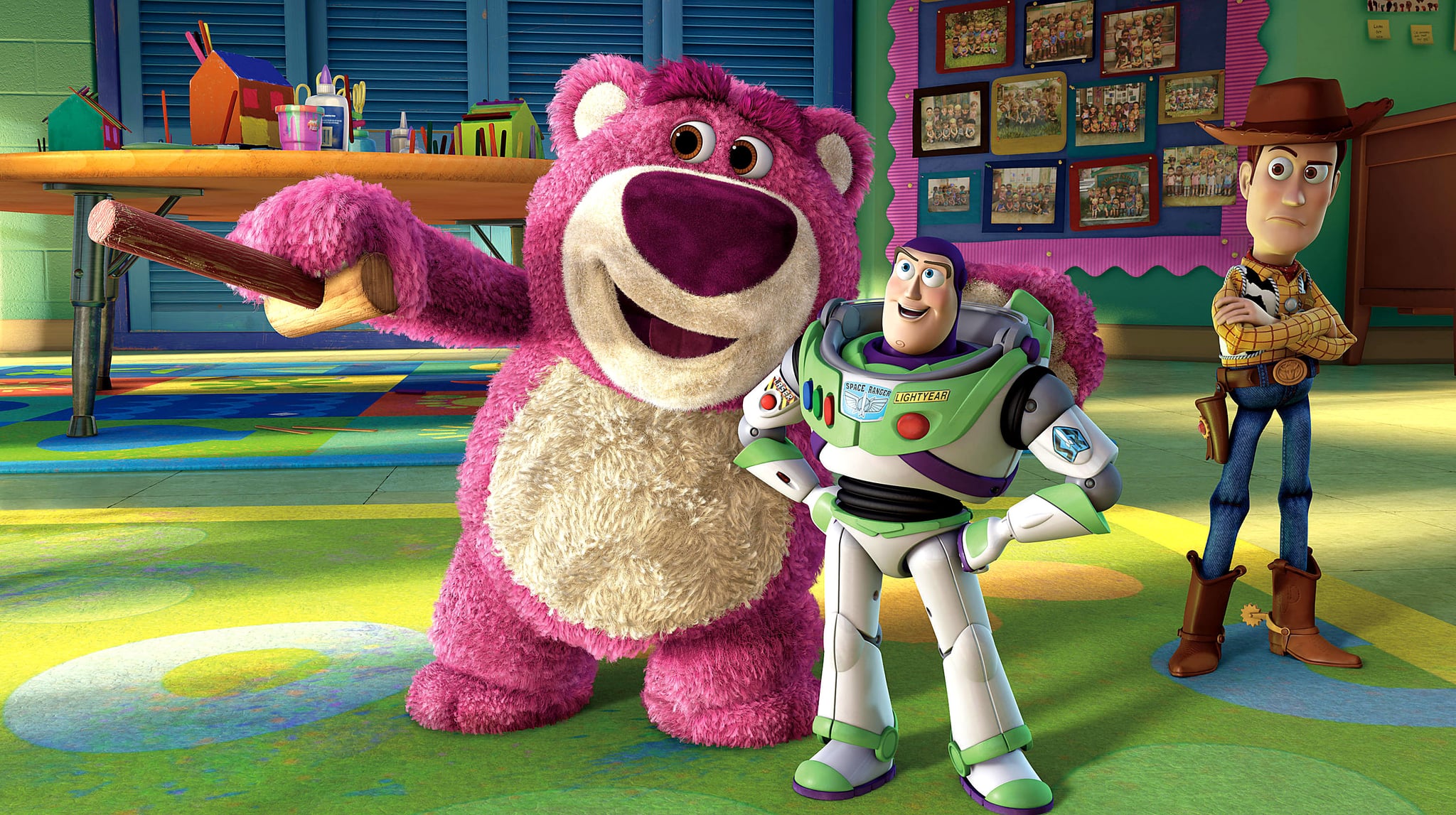 The toys don't have their happily ever after yet — it's time for Toy Story 4, in which Woody's annoyingness really shines. In this movie, Woody acts like a sullen teenager who doesn't get his way. He isn't OK with a woman, Dolly (Bonnie Hunt), being in charge in Bonnie's room, and he keeps trying to overstep and lead the toys when this is her show. Later, he sulks in the closet because Bonnie doesn't want to play with him once again. Dolly is chosen as the mayor of the town, and Jessie is chosen as sheriff (yeah, girl power!). Instead of trying to change his attitude, Woody tries to be the favorite once again by sneaking into Bonnie's backpack against the other toys' advice.

Then Woody helps Bonnie create Forky, who becomes her new favorite, and he appoints himself as protector, so he can feel important again. When he finds Bo Peep (Annie Potts), he tries to save her from being a lost toy, even though she's already perfectly happy. Later, he wants to save Forky from the antique shop, even though every other toy is getting hurt in the process. Finally, after Buzz once again helps him out of a tough situation, Woody decides to just abandon everyone and live on the run with Bo.

Even though Woody promises Buzz at the end of the original Toy Story that they would be together for infinity and beyond, he decides to part ways and go out on his own once that benefited him the best (and he realized he still wasn't Bonnie's favorite). Buzz, being the happy-go-lucky team player, amicably lets him go. The toys are much better off, if you ask me.

My favorite line in this movie is when Dolly calls Woody out by saying, "Woody, aren't you being a little dramatic about all this?" And that pretty much sums up how I feel about Woody for the entire series. The "You've Got a Friend In Me" song was definitely not about Woody's feelings toward any of the other toys — even though they have been his most loyal friends throughout the years. All I'm saying is, if my sons grow up to be selfless team players like Buzz, I definitely wouldn't complain.