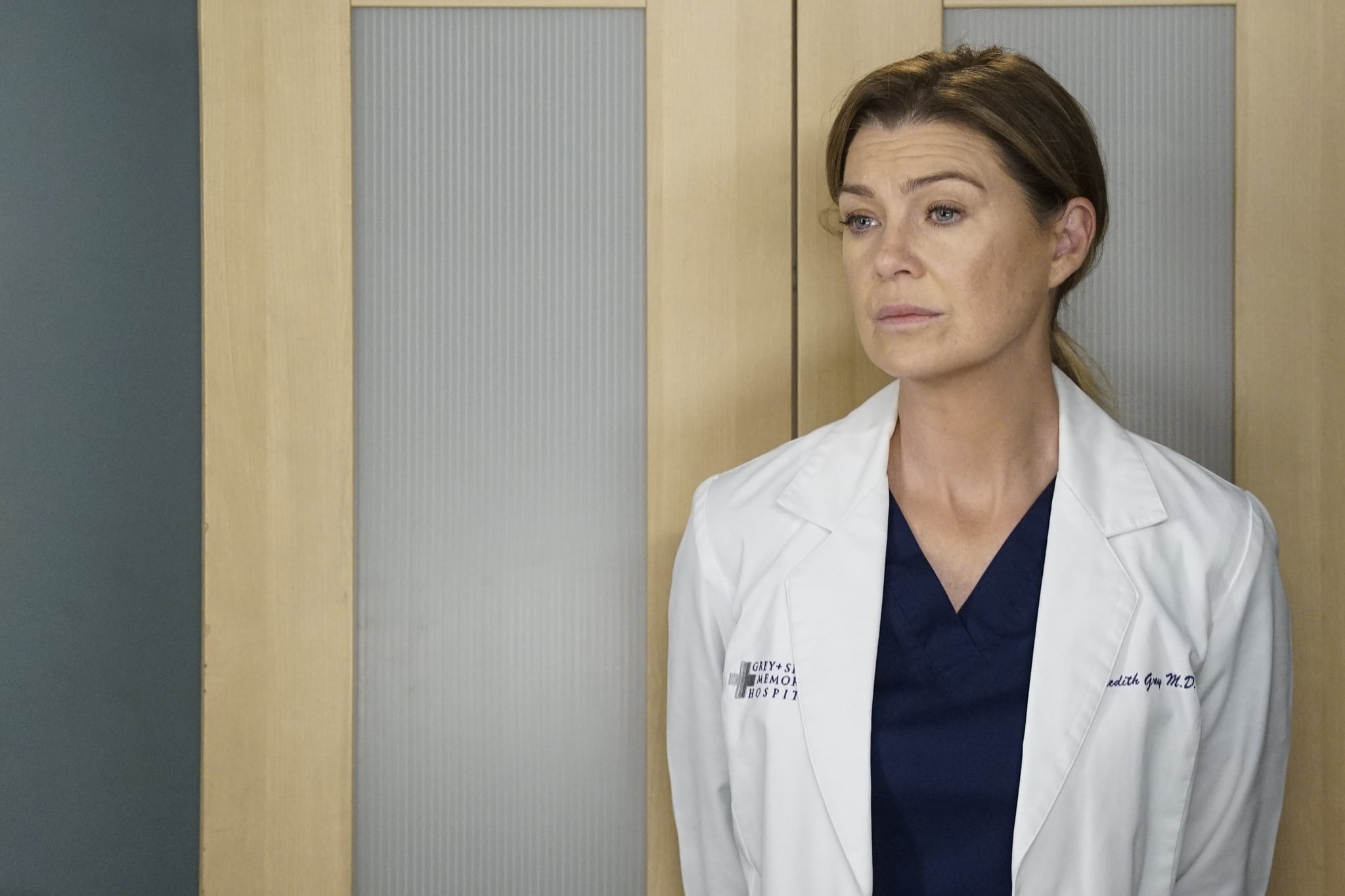 Real talk: Dr. Meredith Grey is the heart and soul of Grey's Anatomy. The medical drama even has her name in the title! But members of the original 2005 cast have exited the series one by one — most recently Justin Chambers, who played the beloved Dr. Alex Karev. With these departures, there's one burning question on all our minds: will Ellen Pompeo ever leave Grey's? Production on season 16 of Grey's is being halted to slow down the coronavirus pandemic, but it doesn't look like Pompeo or the series is permanently leaving the air anytime soon.

In May 2019, ABC greenlit Grey's Anatomy for two more seasons, which means we're at least getting a season 17. Pompeo is not only the series's lead actress, but she's also a producer on the show and its spinoff series, Station 19. Shonda Rhimes, the series creator, has noted that Grey's will continue as long as Pompeo wants it to continue. As of last year, the star seemed happy to keep working on the show.

"I like my situation here," Pompeo told TVLine in early 2019. "As much as the idea of something new appeals to me . . . the truth is I have three kids. I don't really want to travel and leave [them]. I don't want to be a circus traveller and live in hotels. And the network and studio continue to incentivize me and just make me offers that I can't refuse."

There are other factors to consider as well — Grey's remains ABC's No. 1 program. "I keep saying, 'I'm ready to move on and I want to stop the show before the ratings go down,' but the ratings never go down," the actress said.

Indeed, there has been a time when Pompeo was ready to scrub out of Grey's. She admitted in a 2018 chat with Entertainment Weekly, "I'm really excited to do some new things, it's about time that I mix it up and I'm really excited about my producing career, and I'm definitely looking for a change." She also noted, "I'm feeling like we have told the majority of the stories that we can tell."

So, has Grey's reached a saturation point in storytelling? Recent moments on the show have made fans wonder if the series has lost its spark, including Alex's sudden exit. Pompeo called the controversial farewell "the best possible storyline." Many viewers, in contrast, held mixed to negative reactions to the plot (read more about it here). But the unanimous verdict between both creators and viewers is that Alex's exit was a significant loss for Grey's. The only remaining members of the original cast besides Pompeo are James Pickens Jr. (Dr. Richard Webber) and Chandra Wilson (Dr. Miranda Bailey). Grey's Anatomy's turnover certainly makes us wonder if there's enough momentum to sustain the series.

With a robust cast of characters, Grey's could hypothetically exist without Pompeo's character, who, truthfully, has been mostly a spectator outside of the whole insurance-fraud debacle. But it wouldn't be the same without Meredith, and we sure hope that she stays on board until the very end.