I worried that Disney World would be too much for my daughter with special needs, but these tips helped us have a magical vacation. It was important to me because from the moment my daughter was born, I began planning a special milestone for her: I was determined to take her to Disney World on her fifth birthday.

What I couldn't have known at the time was some of the additional challenges she would come to face in the years leading up to that milestone. At two-and-a-half years old, my daughter was diagnosed with sensory processing disorder, a diagnosis that finally explained her need to forever have something in her mouth and the meltdowns that would occur whenever she was overwhelmed or confronted with loud noises or strong smells.

A little over a year later, she was also diagnosed with Juvenile Idiopathic Arthritis (JIA), an autoimmune condition that attacks her joints and causes her severe pain.

Both of these conditions made my dream of Disney seem a little more out of reach. But with a lot of research and planning, we made our first Disney trip happen — and it was every bit as magical as I had hoped it would be.

Here's how we made it work so that my little girl could enjoy the Disney magic, even given her additional needs.

Related:
I've Been Going to Disney For 25 Years, and These Are My Best Tips
Previous Next Start Slideshow
Family TravelWalt Disney WorldPersonal Essay

Walt Disney World
A Rainbow Cocktail Is Available Now at Disney Springs For Pride, and It's a Delight to Look At
by Haley Lyndes 5 days ago 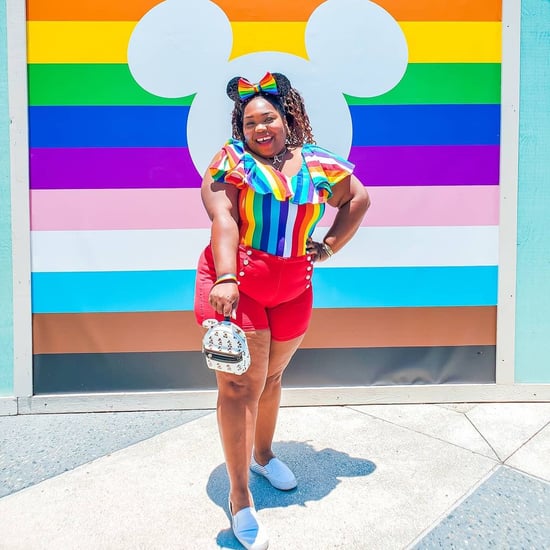 Walt Disney World
Disney Springs Is Showing Its Pride This June With Colorful Photo Walls and a Mural!
by Haley Lyndes 5 days ago