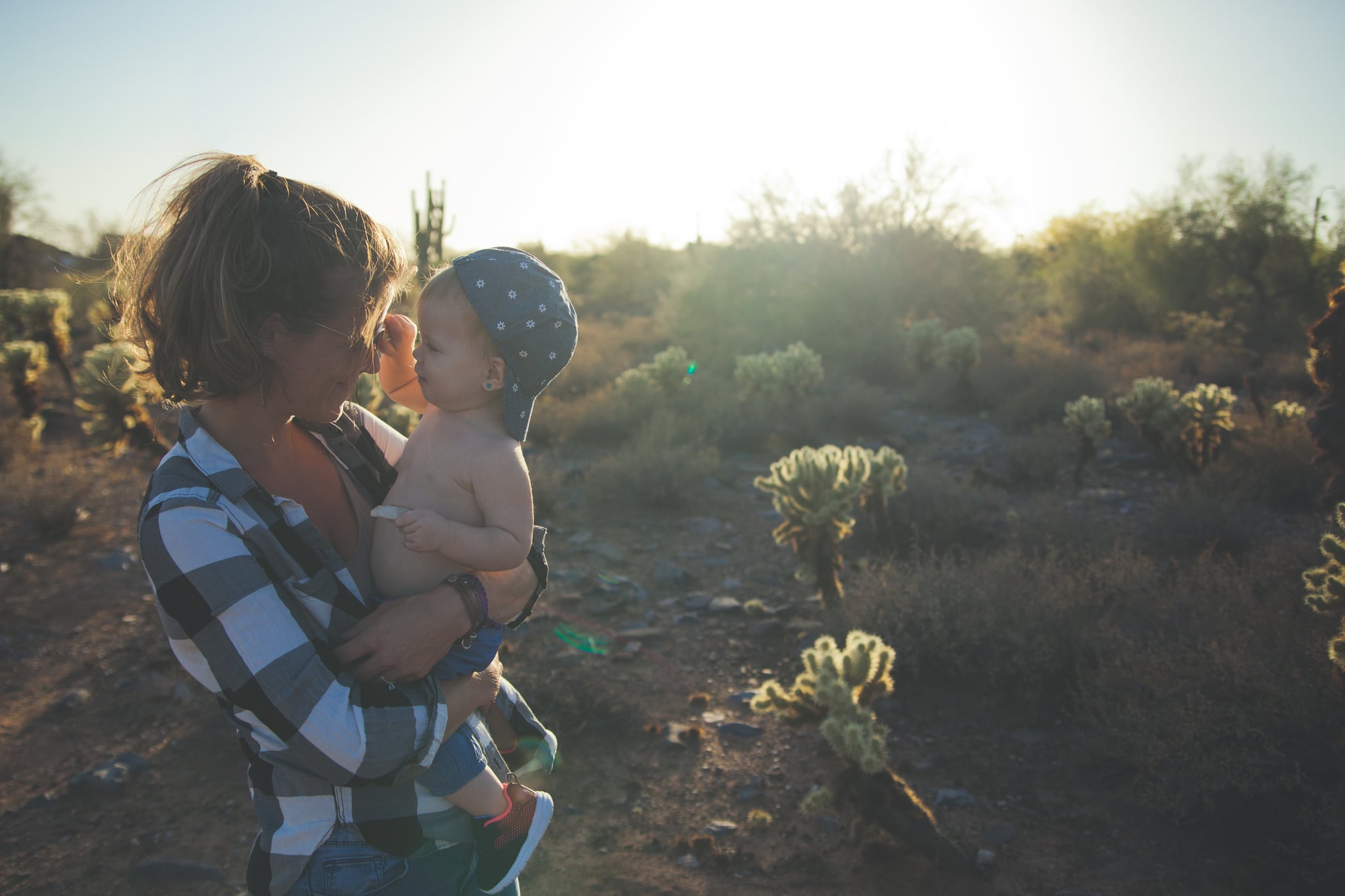 There was a final bottle. One last chance to hold my sweet baby, rub his head, and watch his eyes close as the tiniest drop of milk dribbled down his chin. I missed that moment. I was too caught up hoping and praying he would use a sippy cup the next time because it was easier for me if he satiated himself. Selfishly, I pushed him away. I wish I hadn't.

I used to rock him in his chair as he buried his head in my chest for comfort when he was sick. I would rock back and forth long after he had fallen asleep, rolling his little fingers in mine and tracing his sweet face. His cheeks would be flushed and his hair glistening with sweat when I finally laid him down to rest. Had I realized we were rocking for the last time, I would have held him a little longer and squeezed just a bit harder before I placed him in bed.

Related:
Whenever I Have a Tough Parenting Question, I Just Ask My Kid

There was so much joy and excitement with each milestone, I longed to hit another. I should have slowed down.

I'm sad that I didn't cherish the last time I bathed him in bubbles, washed his hair, making sure no soap got in his eyes, and rubbed him in lavender lotion so he smelled fresh and clean before bed. All of a sudden, he's showering for what seems like hours and using all the hot water. He drys himself off, combs his hair, and puts on his own pajamas. He no longer needs my help. I wish he did.

When it was time for him to learn his ABCs, I wanted him to sing that song in a more darling way than any child who had ever uttered "LMNOP." I urged him to learn to "flip flop over the top" and zip his jacket with a great big smile on his face. I couldn't wait for the thrill of a medal after his first T-Ball season. There was so much joy and excitement with each milestone, I longed to hit another. I should have slowed down.

One night he asked me to read him a story, the next night he didn't. As a matter of fact, it never happened again. We loved to venture to far off lands, tell tales in silly voices, and sing songs before one last hug and kiss. I didn't realize it was all over. Instead, I was tired and wanted to watch TV. I wished he would go to sleep so I could have a little me time. The first night he went to bed on his own, I was relieved. What I wouldn't give today to snuggle next to him and breath in his magical little boy scent.

Related:
Being a Stay-at-Home Mom Failed My Son in This 1 Major Way

Unbeknownst to me, in my eagerness to rush the firsts, I was missing many of the lasts. I wished so much for my child to sit up and crawl, then to walk and talk, to feed himself and toilet train, and to be independent. Ultimately, I pushed him to grow up when I should have slowed down and enjoyed every minute of him being a baby, then a toddler, and finally, a little boy.

If I could do it over, I would revel in the mundane. Instead of grunting, I would laugh at the baby strewing underwear and socks around the room as I try to fold laundry. I would be less frustrated with a child throwing a tantrum and hold him knowing that this phase will pass quickly. I would listen more intently when my son told me a story about his day and take the chance to understand his world a bit better. I would not take for granted a hug or a kiss, a handmade valentine, or a beautiful self portrait. I would cherish each day because it truly goes by too fast.

My baby boy is now a young man on the verge of so many wonderful things. There will be first dates, learning to drive, and term papers. He will leave me at night, car keys in hand, and venture off. But while I still can, I will fuss with his hair, help with his homework, and kiss him goodnight. I will enjoy watching a movie together, getting ice cream, or just a big hug. I know that time is fleeting and any day could be the last time he lets me into his ever-changing little world. And today, while I mourn our lasts, I cannot help but look forward to the many firsts we have in store. There will be challenges, disagreements, accomplishments, and fears, but most of all, laughter and love. Those are the moments I never want to miss.

Pregnancy
Exactly What To Pack in a Hospital Bag, According to Experts (and Parents)
by Andi Breitowich 1 day ago