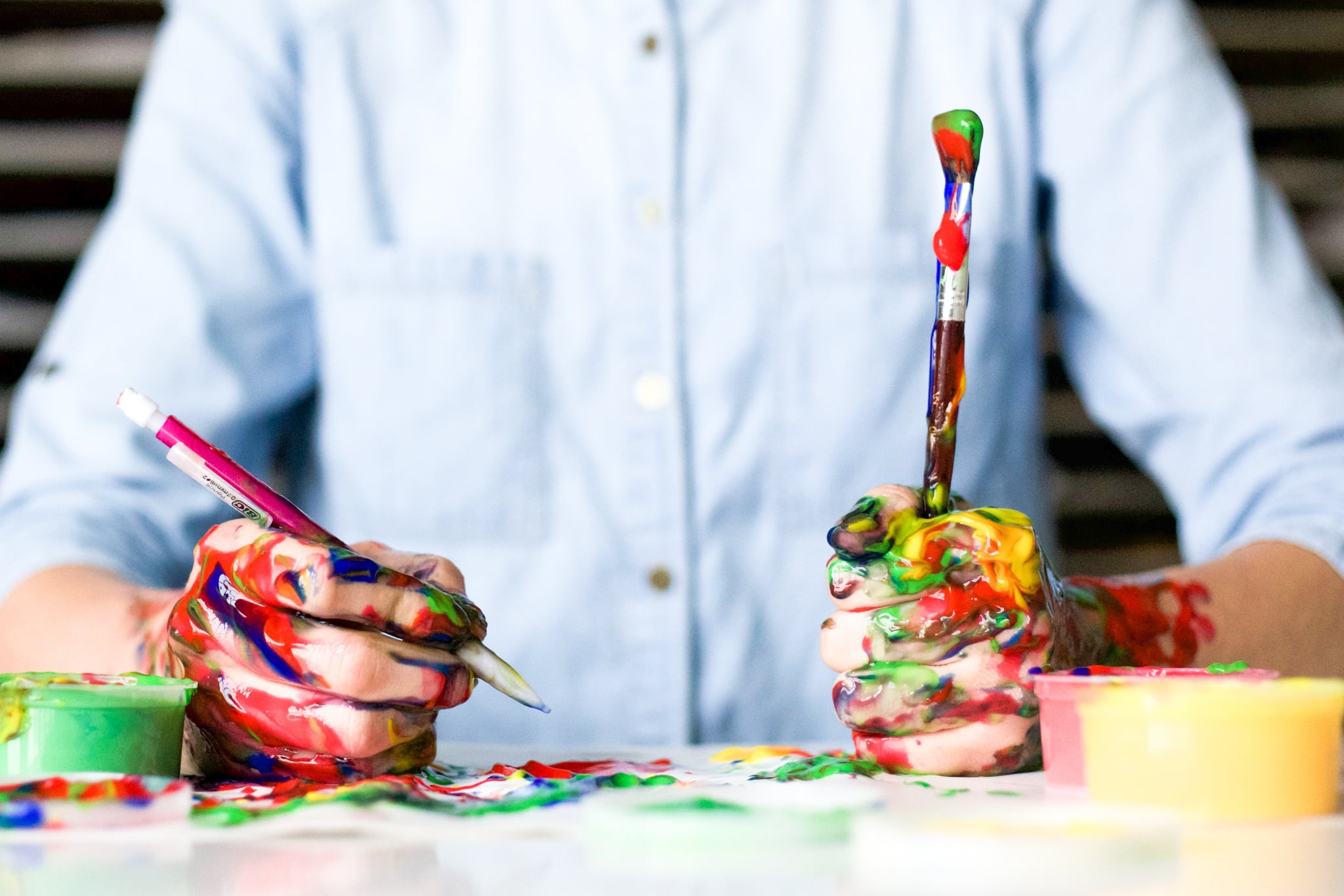 My name is Kate, and I'm a neat freak. I introduce myself as such because I'm starting to wonder if my obsession with keeping everything in order at all times is negatively affecting another, far more important, facet of my life: my children, who could care less how clean our house is and, in fact, seem to be taking active steps all day, every day to ensure that it's as dirty and clutter-filled as possible (this hilarious video proves I'm not alone in this struggle).

In my prekid life, I never thought of myself as an OCD clean person, though my husband recently reminded me that, when my water broke in the middle of the night with our first child, I insisted on vacuuming our apartment before I'd leave for the hospital. I still think that instance had more to do with a combo of my nesting instincts and the fact that my parents were staying in our apartment while I was in the hospital, but obviously the seeds of putting cleanliness over rationality had been sewn.

Related:
Having Twins Is So Much Harder Than You Can Ever Imagine

Everywhere I look it's a minefield of dirty dishes, sticky fingerprints, rogue Legos, and uncapped markers, and I'm the only one who seems to notice.

In those days, it was just so easy to keep things tidy. I lived in a small apartment with my husband and our dog, and the human members of our family spent approximately 12 hours a day outside of the house, working and socializing, while the dog primarily napped and barked at passersby on the street below. We rarely cooked because takeout was so cheap, prevalent, and delicious in our city; most of the clothes we wore to work were dry-clean only, keeping our laundry down to a load or two a week, and on weekends, we had plenty of time to carve out the 30 minutes or so it took us to clean our tiny bathrooms and kitchen. I didn't need to obsess about things being tidy because they already were.

But now I live in a home that's almost three times as big as that tiny apartment (i.e. more space to keep clean) with twice the number of people, two of whom not only make the majority of the messes, leaving behind a trail of plastic toys, craft detritus, and pee (that would be my 4-year-old son) wherever they roam, but are useless at cleaning up after themselves. Sure, my daughter is at school from 8 a.m. to 2:15 p.m. every day, but that leaves her plenty of time to change her outfits at least three or four times daily and to request enough snacks in the three-hour window between the school bus dropping her off and dinner to dirty every bowl in our house.

My son is home way more than she is, making him the major clutter culprit. His favorite activity is to collect armfuls of action figures and a couple of huge play sets, set up elaborate battle scenes he'll play with for 15 or so minutes, then abandon that scene to move on to the next. Before I know it, my living room is a sea of superheroes, villains, and plastic missiles that, when they're not flying at my person, are just waiting to inflict pain on the soft underbelly of my feet.

I'm trying to actually engage in the crafts and games my kids are playing instead of plotting when I can start cleaning them up.

Everywhere I look it's a minefield of dirty dishes, sticky fingerprints, rogue Legos, and uncapped markers, and I'm the only one who seems to notice. As a person whose anxiety levels are directly correlated to the size of mess within her peripheral vision, is it any wonder that I spend most of my day straightening up, wiping things down, and admittedly, yelling at my kids to clean up or stop making so many messes?

Here's where it gets tricky, because I'm also aware that children need to make messes in order to explore, create, and develop, and my own children doing those things is way more important to me than having a magazine-shoot-ready house at all times, in theory at least. My husband is constantly telling me that I need to lower my expectations and let things stay messy for the betterment of my own mental state and our children, and in many ways, I agree. But that doesn't stop the voice in my head from saying, "If you don't clean up, no one else will, and the messes will build and build and build." I realize this is not a totally healthy way of thinking.

For now, I'm attempting to force myself to take cleaning breaks — big chunks of the day when I'm not following my kids around like a human Roomba, sweeping away their clutter and crumbs. I'm trying to use that time to actually engage in the crafts and games they're playing instead of plotting when I can start cleaning them up. I want my kids to be kids more than I want my house to be perfect, and while that doesn't mean I'm going to pull out the glitter and paint sets on a daily basis, I can at least concede to a counter top craft or two. Maybe I'll even wait until after dinner to clean it up.

Pregnancy
Exactly What To Pack in a Hospital Bag, According to Experts (and Parents)
by Andi Breitowich 1 hour ago