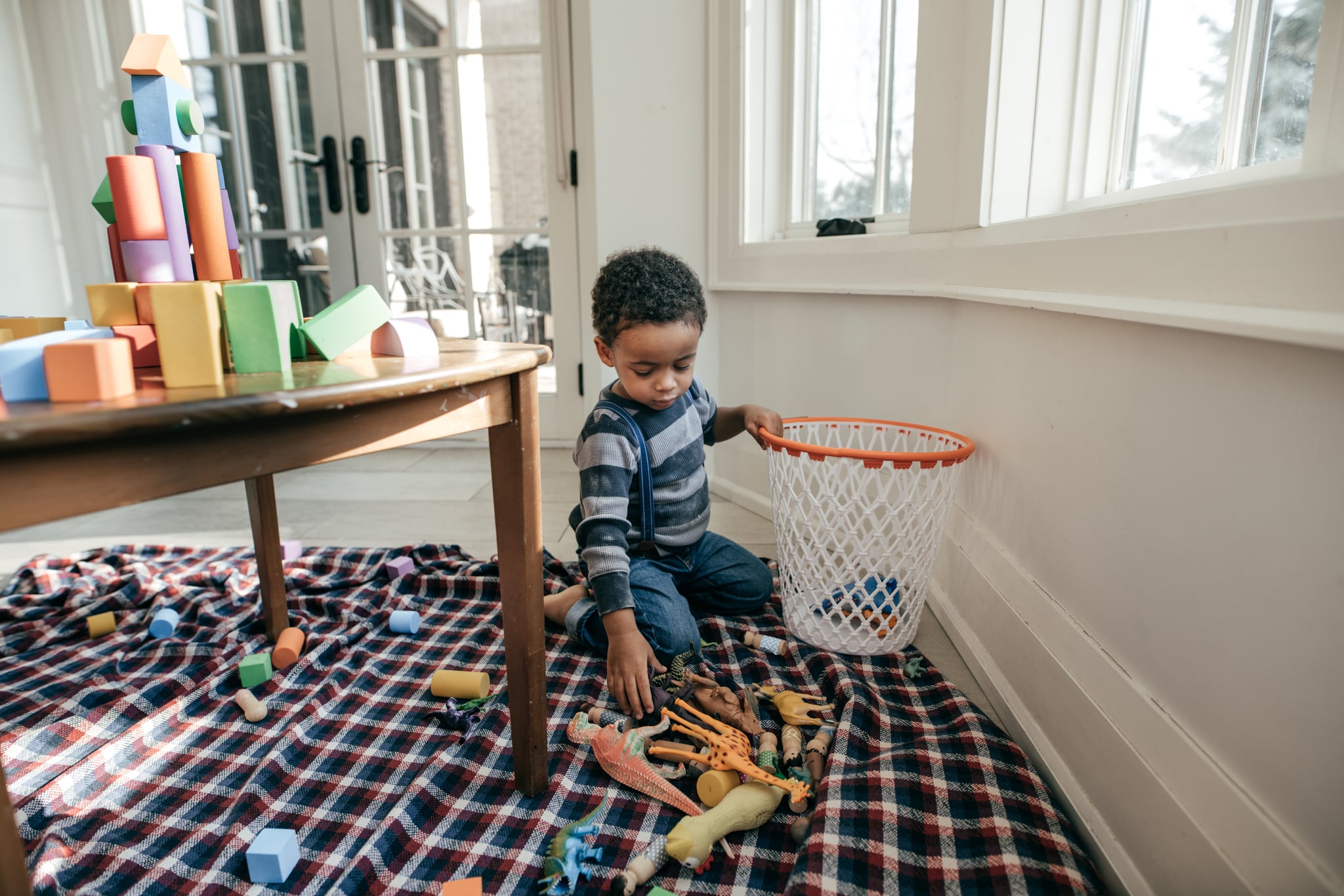 It would happen every time. I'd make what to me seemed like a reasonable request, "Please clean your room," and my three boys would dissolve into a puddle on the floor as if I had just crushed all happiness from their lives. "But it takes forever!" "It's not my fault it's messy!" they would retort, certain that they could argue and whine their way out of any responsibility.

Inevitably, a simple chore that should only take a few minutes to complete would turn into an hours-long standoff. They would get emotional, and eventually, I would too. I tried pleading with them, explaining that we all live in this house and everyone needs to do their part, but no amount of reasoning seemed to have an effect. Some days, I would just do their chores on my own to avoid the crying, fits, and fighting altogether — but I knew that I was doing a disservice to my children by shielding them from responsibility. So I finally tried something different.

Related:
My Husband and I Don't Split the Household Chores Evenly — Here's Why

The one thing that my husband and I have found that works for our family? Expectation. I give my boys at least a day's notice about what chores are going to be expected of them. Telling them, "There will be no electronics tomorrow until you clean your room," always goes over much better than when I just spring it on them without warning. My husband, who works in mental health, believes that it has to do with loss aversion. In cognitive psychology and decision theory, loss aversion refers to people's tendency to prefer avoiding losses to acquiring equivalent gain — for example, people are more upset about losing $10 than happy about finding $10. And it's understood that losses roughly hurt about twice as much as gains make you feel good. If my kids believe that they can turn on the Xbox first thing in the morning because it's Summer break and there is no school, and I tell them no and that they have to complete their chores first, they feel a sense of loss, which can cause the overly dramatic reactions I've grown accustomed to.

I tend to be pretty easygoing, but as much as I long to have a laid-back Summer with my kids, I have learned that I do need to set the expectations early and try to keep to some sort of schedule to prevent everything from descending into chaos. My boys need to know what is expected of them and what the consequence will be if those expectations are not met. Of course, at times, they still complain and whine about chores. But since they know what to expect, most of the time, they just get it done without me having to intervene. And if they do whine, I try to keep it as impersonal and businesslike as possible and not let their emotions bring out mine. "I understand that you don't like to do chores, but there will be no video games until they are done," I'll say, and walk away to avoid engaging further. I've also learned that I need to walk my kids through certain chores beforehand to teach them how to do them and check their work when they tell me that they're done. Otherwise, they'll stuff everything under their beds and call their rooms clean. We all tried that as kids at least once, didn't we?

Related:
6 Tips to Get Your Kids Excited About Doing Their Chores

I was once accused of being lazy and just wanting to have "free child labor" for an article I wrote about chores. The funny thing is — it would be a hell of a lot easier if I just did all the chores myself! It would take less time, the chores would always be done to my standards, and it would save me a lot of grief . . . but that is not why I have my kids do chores. Ultimately, I want my boys to learn that people are going to have expectations of them throughout their lives. They will have responsibilities to meet at school and eventually their jobs, so it's important to me to teach them that we have expectations of them at home, as well.