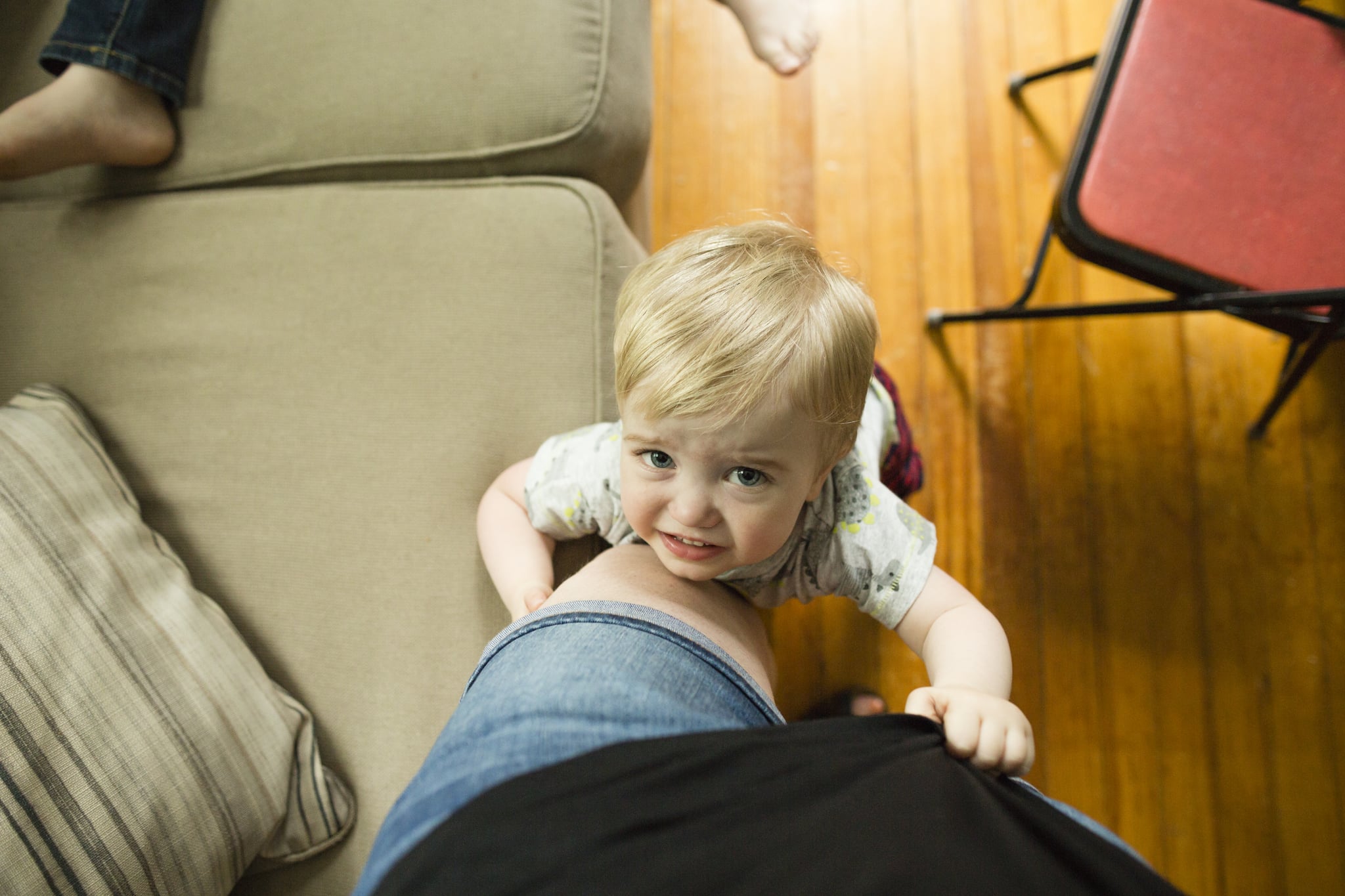 In the old days when we kids whined, we got smacked, spanked, sent to our rooms, or blatantly ignored. These days? That's not typically how people parent, but guess what? Kids everywhere are still whining. Right this very second your child is, is about to, or just finished whining. It is the single most annoying thing and the number one killer of mothers and parents alike. OK, I'm kidding, but how does a mom nip a whining kid in the bud without resorting to extreme measures? Maybe some of these tactics will quiet your sweet whiner!

When junior goes into his spiel about how badly he must have another toy car or piece of candy, this is when you lapse into how badly your ears hurt.

Cover your ears and claim that you're in horrific pain and when he asks why tell him his whining is hurting your ears. If he's a toddler or preschooler he will probably really be taken aback if you apply ice or a band aid to your ears to demonstrate just how agonizing his little whining is to your eardrums. And hey, is that a lie? A few minutes of whining is enough to make you want to enter a psych ward.

This tactic is tried and true through all generations of parents! When your kid whines, ignore him or her. Ignore that little pest until he or she finally agrees to quit it! You might be wondering, "Well, what if my kid doesn't understand why I'm ignoring him?" but your kid will most certainly know. It's like Pavlov and his dog: when your kid stops the whining and starts talking like a big boy or girl, that's when you cue the smiles and conversation. Offer the treat at the right ring of the bell, and your kid will learn fast how whining doesn't pay! Take it from Pavlov's dog!

Ignoring my kid's whining is almost impossible when I'm exhausted or anxious, something that happens frequently as a single, divorced mommy. I find myself responding when like I said in the paragraph above, is the wrong response to whining! I give her a reaction and she keeps going. So what do I do when I realize my supermom powers are waning and I am about to give into the whining beast?

I walk away. Sometimes it's the only thing I can do. Walking away, of course, is very easy when you're home, with family, or somewhere else that's safe to step away from your kid, but what do you do when your kid is whining in a place that's not safe to leave them for a minute?

Walk away . . . with them. Or perhaps, hum to yourself. Yes, sounds strange — didn't I say motherhood requires a certain degree of insanity? — but humming will distract you from the annoying buzz of the whiner amongst you and your humming might just annoy your kid, and help them realize they should cut it out.

Oh, you want to ask me for another My Little Pony again, after I already told you no one million times? Every time your kid pushes you with another measly whine, charge her! She's got a piggy bank right? Take a penny or dime or heck, quarter for every single whine. If your kid isn't collecting money yet, make her do little chores to make up for the whininess. Even toddlers can sweep! Who cares if she does a good job . . . it will keep her quiet for a few minutes!

When your kid starts to moan and groan, give him the whining chair! Pull a chair over and tell him to whine as much as he wants but only when he sits in the chair. After a while, he'll want to get up and be quiet. You may have to keep placing him on the chair but it's worth it. Just say, "Kiddo, feel free to whine as much as you want! You'll just have to do it while you're in the whining chair!"

When in Doubt, Mimic

Your child hears the ice cream man and begs you a thousand times to go outside for a treat even though you have already said no. What do you do? Well, since the ice cream man most likely won't accept any child labor, mimic her! Repeat her whines right back at her and then when she's being great and asking you nicely (and accepting an answer of no nicely) remind her how happy you are when she doesn't whine. You might even want to transition into whining randomly to show your children how annoying and ineffective it is. Get your partner to join in and suddenly hearing how they sound when they whine might cause your kiddos to zip their lips the next time they're tempted to complain.

We all whine sometimes because we're not perfect and are all subjected to bad days, but don't tolerate this behavior from your child too often or otherwise, you'll end up raising your kid into a miserable, whiny, negative adult! 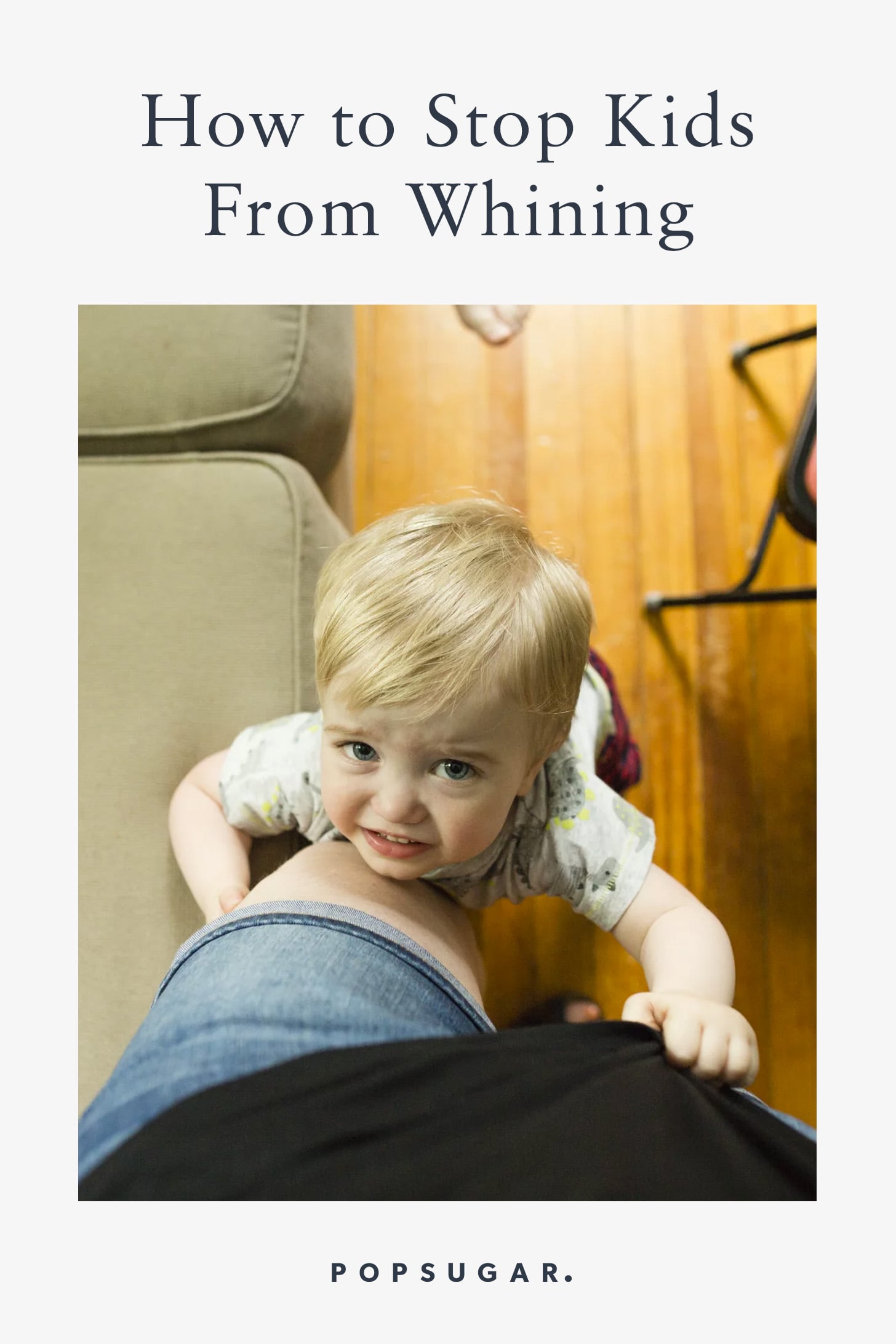