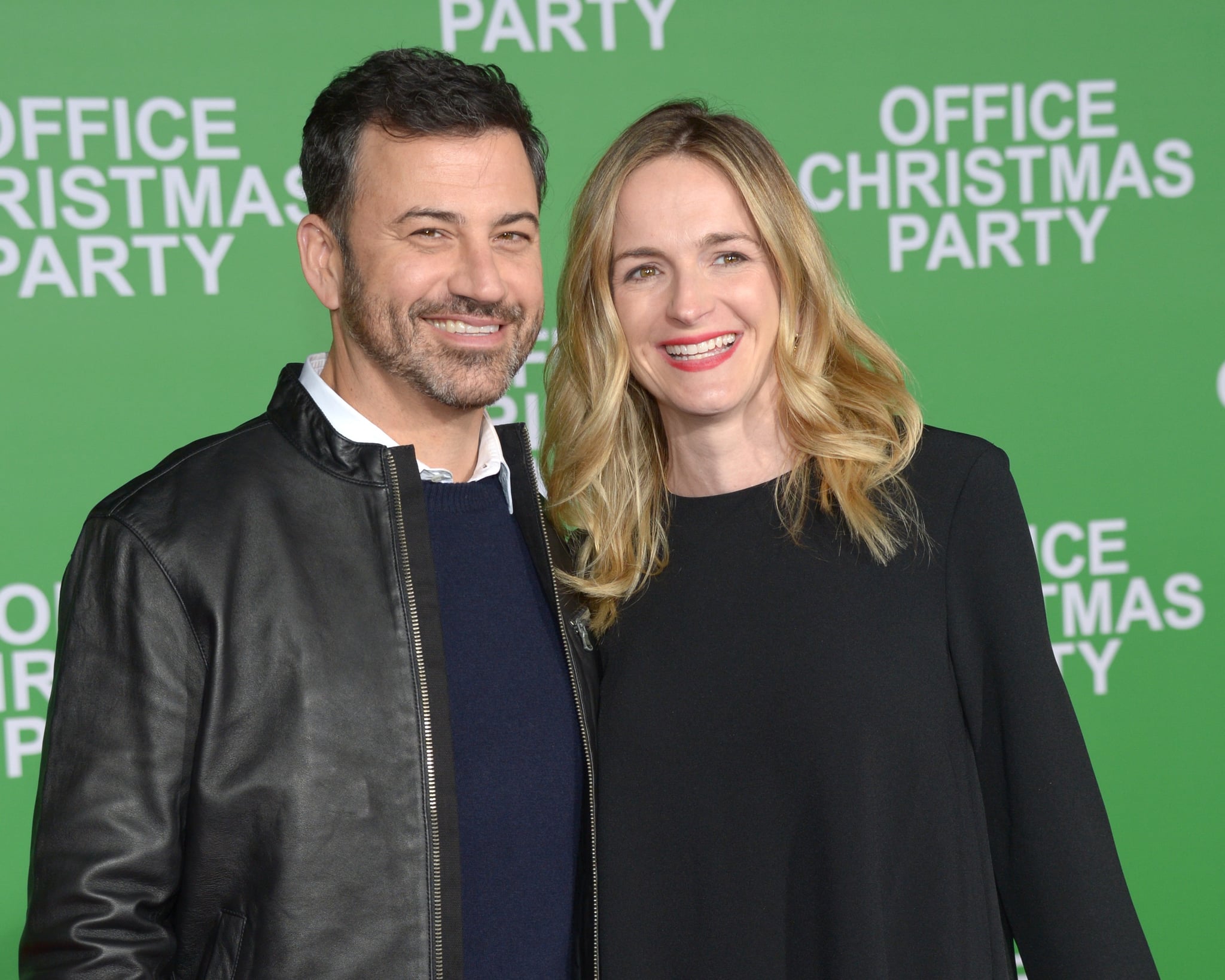 Jimmy Kimmel is opening up about how he and his wife, Molly McNearney, have coped with their son Billy's terrifying health issues, and their candid revelations are nothing short of heartbreaking. Back in April 2017, Billy was born with a congenital heart defect, and just three days later, he underwent his first emergency open-heart surgery. Later that year, months after Kimmel tearfully recounted Billy's "terrifying" heart problems in a powerful monologue, his son had a second "successful" surgery (and made his TV debut on Jimmy Kimmel Live!).

So how did Kimmel and McNearney grapple with such an emotional rollercoaster of an experience? They had to stay strong for each other. "There were secrets we kept from each other that we revealed only after the second surgery. The biggest one was that, I think subconsciously, we didn't want to get too close to the baby because we didn't know what was going to happen," Kimmel admitted during an interview for O, The Oprah Magazine's upcoming April issue.

Related:
Jimmy Kimmel's Wife Describing the Moment She Found Out About Her Son's Heart Condition Will Tear You Up

It looks like this gut-wrenching feeling was mutual, as both Kimmel and his wife had the same mindset during Billy's first few months of life, but neither wanted to admit it. "I don't know if that's right or wrong or common or uncommon," Kimmel told Oprah Winfrey while recalling those aforementioned feelings during the interview. "But when I told her I was feeling that way, she said, 'Oh, I'm so happy you said that because I was feeling that way too, and I didn't want to express it.'"

Now 11 months old, Billy is doing "great" and will undergo a third surgery when he's 6 or 7 years old, the 50-year-old late-night host told Oprah. With Billy's first birthday on the horizon, fellow TV personality and Kimmel's close friend, Ellen DeGeneres, recently honored the infant with a beautiful dedication. She arranged to have one of the rooms at Children's Hospital LA, the facility where Billy was treated, named after the youngest member of the Kimmel clan. How adorable is that?!

Tom Hardy
Tom Hardy Is Many Things — Including a Devoted Father of 3!
by Corinne Sullivan 8 hours ago

Babies
Gigi Hadid Shared a Rare Photo of Her Baby on Instagram, and It's Totally Adorable
by Navi Ahluwalia 12 hours ago

Tina Fey
Tina Fey's Daughters Threw an Airplane-Themed Dinner With Beverage Service: "It Was a Dream"
by Karenna Meredith 2 days ago