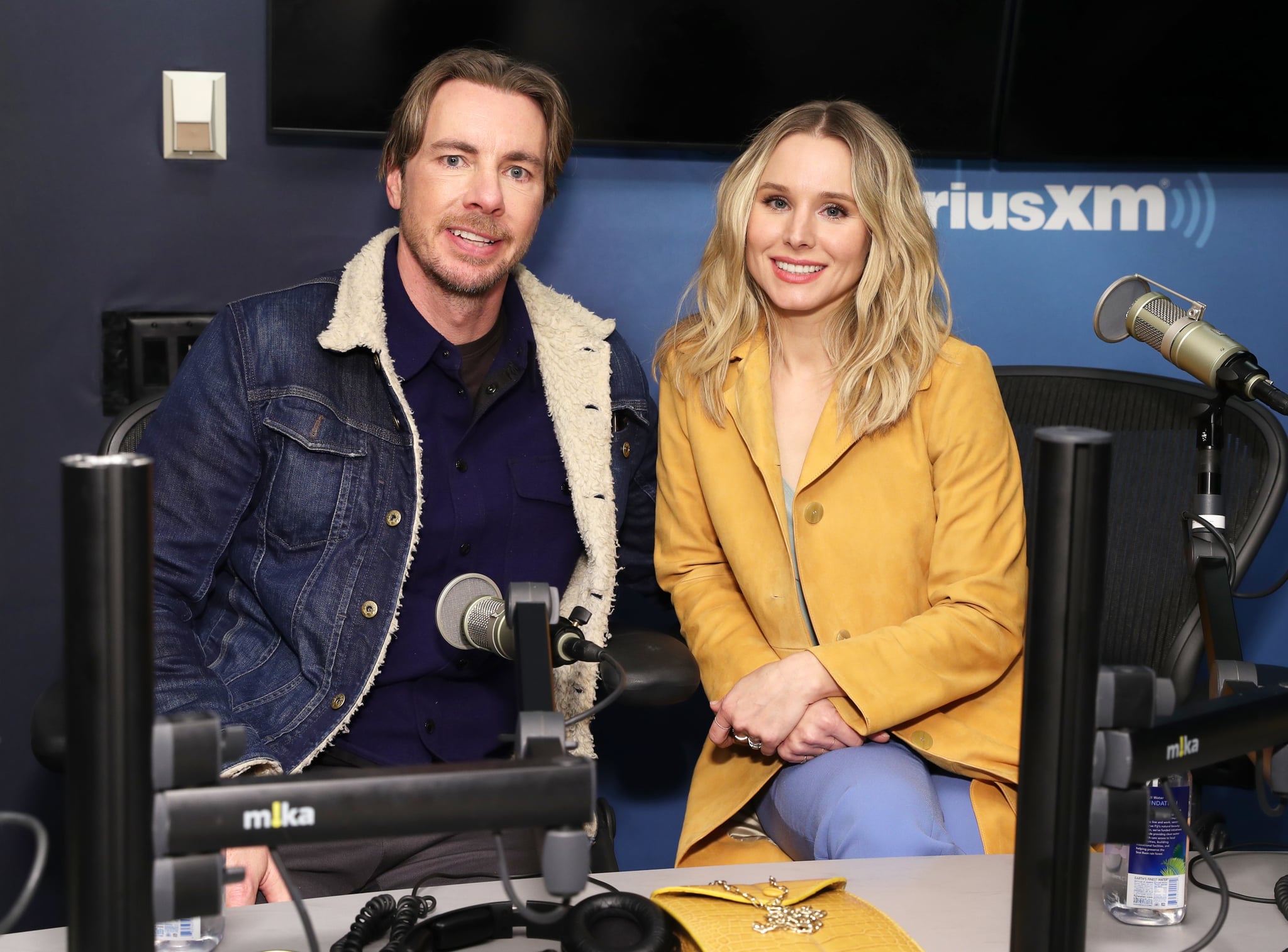 The next time you feel like your kids totally Kevin McCallister'd you with Lego and Barbie booby traps around your home, just repeat the mantra, "Kristen Bell deals with this sh*t, too." In an interview with Parade for its March cover story, Kristen and Dax Shepard chatted about everything from their kids making messes to how they continue to work hard at their marriage every day, and what they think of date nights (spoiler: they're total homebodies).

The beloved Hollywood duo shared that they definitely weren't in love at first sight and certainly don't have a maintenance-free marriage, despite being viewed as a total power couple. "This isn't a special fairy tale," Kristen said. Dax, who gives great marriage advice, added: "This is two people who worked really hard, and it's attainable for you if you work really hard in your marriage too."

And with raising their two girls together, 4-year-old Delta and 5-year-old Lincoln, the couple have their hands well and truly full when it comes to the things we all struggle with, like keeping the house clean. "We're behind on laundry, our house is a mess, there's dog hair that we're trying to constantly Swiffer," Kristen said, adding of her kids: "They leave stuff everywhere! It's like they booby-trap the house and sometimes they actually do booby-trap the house. Our oldest builds forts and [for] a good half the week all the couch cushions are off. No one can sit on the couch and the only thing that's exposed are crumbs!"

Related:
Kristen Bell and Dax Shepard Released a Baby Line at Walmart, and OMG, It’s All So Cute

Despite their relevant everyday struggles and messy house, however, Kristen and Dax would rather be home with their girls and maybe a small group of friends than go out on date nights. "We've probably had nine [dates] in the last six years," Dax said. "We're boring . . . we play board games and the kids destroy the house and that's just a fun Sunday."

Jessica Alba
Jessica Alba's Daughter Honor Is All Grown Up: "I Can't Believe She's So Tall"
by Chanel Vargas 5 days ago