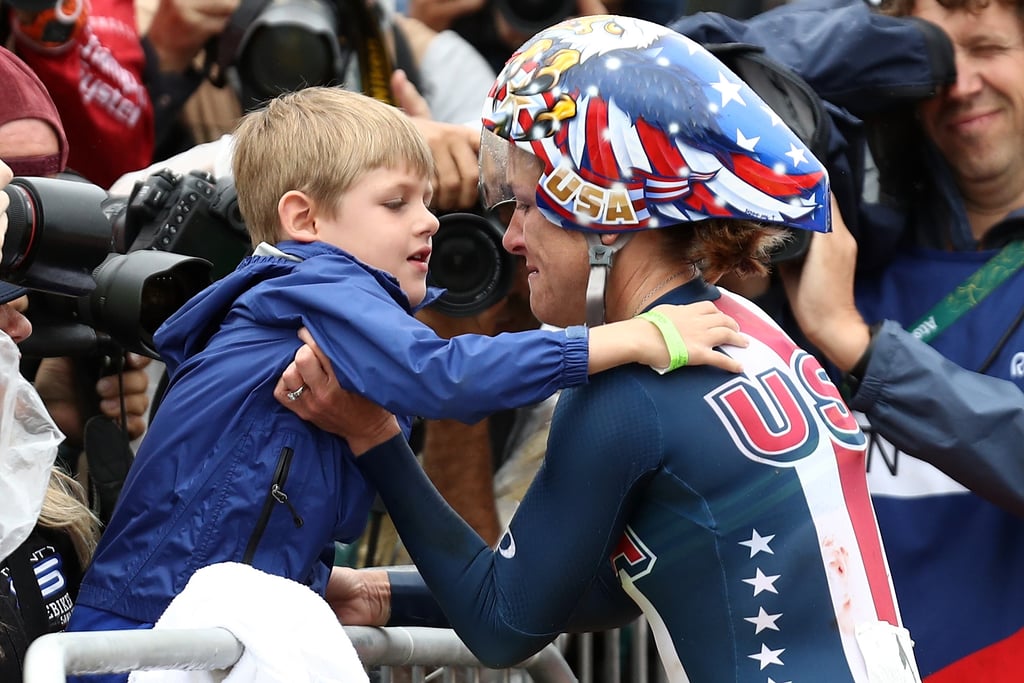 Kristin Armstrong just became the first athlete to win the same Olympic cycling event three times in a row after placing first in the women's individual time trial on Aug. 10, one day before her 43rd birthday. But she isn't just a cyclist — she's also a badass working mom.

With a full-time job as the director of community health at St. Luke's Hospital in Boise, ID, and a 5-year-old son, Armstrong definitely has a full plate. After coming out of retirement in 2015, she didn't even know if she'd make it to Rio this year, but she said having a full-time job and being a mom to Lucas is her secret weapon. "It provides me balance and it keeps me on track and it keeps me super focused," she told NPR. "For all the moms out there, I hope that this was a very inspiring day."

Upon rushing over to her son in tears after winning her race, Lucas asked, "Mama, why are you crying? You won!" That, Armstrong said, was a great question from a 5-year-old. "That's what we do; we cry when we're happy," she told him. "I'm going to have to explain that one to him a little later."

Armstrong said this last win was the most satisfying of all, especially as this is likely her last Olympics. "It was the hardest of my Olympic journeys. . . . When you've already been two times at the pinnacle of the sport, why risk coming back for the gold medal? The best answer I can give is that I can."

Look through for more heartwarming photos of the gold medalist mama and her son.

Parenting
How to Work From Home When Your Kids Are Sick, According to Experts
by Tiffany Ayuda 23 hours ago