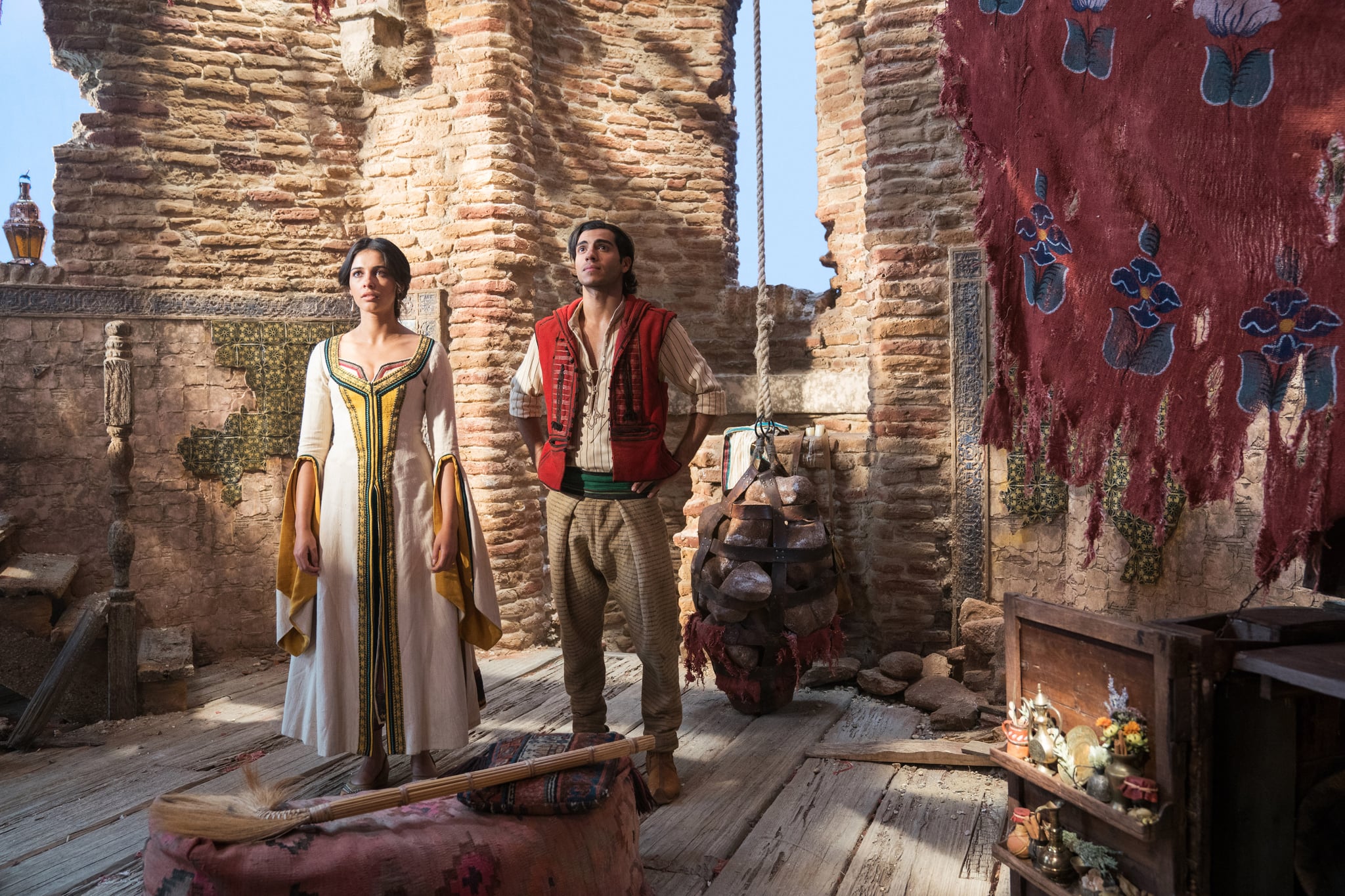 After years of waiting, Disney's live-action Aladdin reboot is finally here, and seriously, it's incredible. Despite growing up with the animated version myself, the remake lived up to or exceeded most of my expectations — but it is a little different. Aside from a few creative tweaks and a new song sung by Princess Jasmine, the main difference is that the film is live-action, or "real." And while it's exciting to see some of our favorite Disney characters in the flesh, so to say, the nature of the movie does intensify a bit compared to the animated one when it comes to certain plot points.

If you're taking young children to see Aladdin, you should know that even though the movie's rated PG, its action-packed scenes are a bit more to take in than in the animated version. For example, Jafar becomes a bit scarier (especially when he's on his power trip with the Genie near the end of the film), and Raja, though a sweetheart, becomes more frightening when he growls, as he's a real tiger.

The scenes when Aladdin is in peril — of which there are several to varying degrees — can seem a whole lot more real to your kids since he's a man and not a cartoon (there's one particular scene in the middle of the movie in which Aladdin is tied to a chair that might make for some anxious kiddos). But most of these moments are fleeting — another example is when the Genie is describing how he doesn't have the power bring people back from the dead with wishes, and he turns himself into a mummy for a few seconds; it's not actually scary, but the surprise factor of seeing him as a "scary monster" might be there for little ones.

Related:
We Couldn't Possibly Be More Excited For the Disney Movies Coming Out This Summer

Additionally, if your kids cringe at any signs of romance in films, there are a few times in which Aladdin and Jasmine kiss, though they are infrequent.

You know your kids best, of course, so if they are the jumpy type or ones who tend to sympathize and get nervous or upset for movie characters, there might be a few small moments during Aladdin that could trigger them. Other than that, this film is a total must-see for the entire family, and one they'll be playing on repeat once it hits Disney+ later this year!

Movie Trailers
Margot Robbie, Taylor Swift, and Anya Taylor-Joy Are All Starring in a Movie Together
by Eden Arielle Gordon 10 hours ago