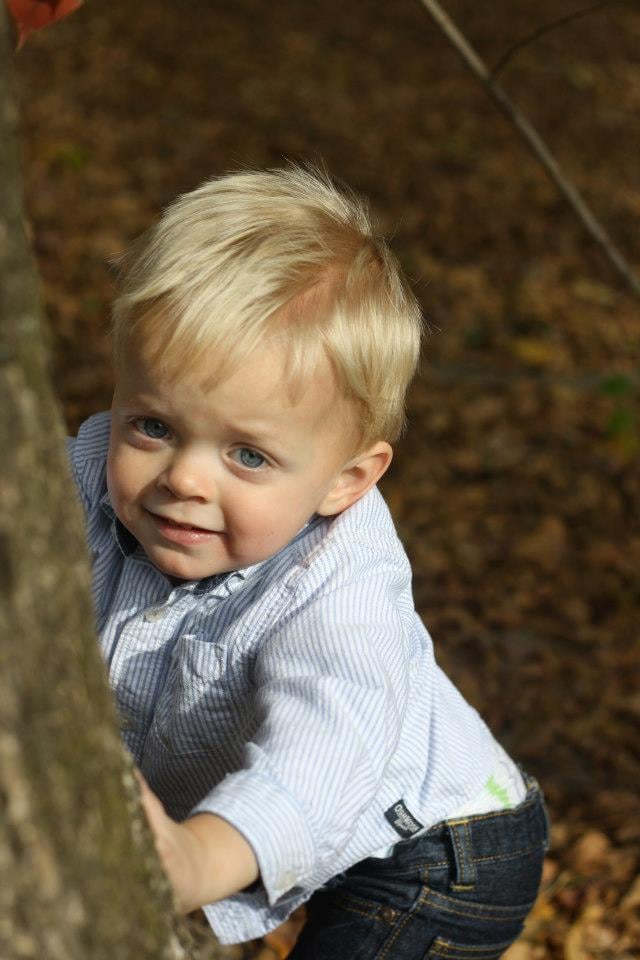 Stephanie Hollifield, a mom and writer for the blog Momstrosity, recently shared a cringeworthy experience that most parents can relate to. The short of it? Her son had a bad — nay, terrible — accident at a local indoor playground.

"Once at an indoor playground, my son pooped his pants," she wrote. "It was a total blowout, the kind that oozed out of his pull-up and straight down his legs. An employee escorted my disgusting toddler off the playground. He was . . . annoyed. 'Excuse me, ma'am, it seems he pooped all in the tunnel, and now we have to get everyone off the playground so that area can be sanitized.' The gentleman's face was squished in anger and frustration as he continued to stare at me for several seconds after he stopped talking."

Related:
Teacher Reveals to Deaf Students That People Can Hear Farts, and the Conversation That Followed Is So Amazing

"I apologized profusely. I told him I would clean it all up. I felt like a bad mom," she confessed. "I bent down to rummage through my bag for wipes and new pants. As I stood back up, the man was still there. Still staring. I continued to apologize, but what I really wanted to say was, 'Look mister, I am sorry this happened, but to be fair . . . I'M NOT THE ONE WHO SHAT MY PANTS!' But, since I am a mature adult who understands that I am indeed responsible for my toddler's mess, I just walked away to clean up the literal crap show."

Stephanie's son has grown up a bit since this incident, sure, but she's the first person to admit he's not an angel 100 percent of the time. "He stole his friend's toy. He kicked a kid on the playground. He screamed a curse word in class," she shared. "I have done none of these things personally, yet I still find myself feeling the shame over his behavior. Maybe I should have been stricter, or more lenient. Surely there was some steps I could have taken to raise a gentler child who follows the rules."

Although it's human nature to want to help your children — regardless of how big of a mess he or she has made — it gets harder to intervene as they develop. "As he gets older, I am finding myself less able to clean up his messes and mistakes," she said. "There is only so much we can fix as parents. There is only so much we can prevent. Your daughter hit her brother. You can punish her and explain why we don't hurt others, but you can't guarantee she won't do it again."

She continued: "You can preach the importance of following school rules. You can take away privileges when your child doesn't listen in class. But, you can't go in to the classroom and make him behave. You can buy the safest car and enroll your child in drivers ed, but you can't always be there to make sure they are smart behind the wheel. You can try programs and scare tactics to warn your teen of the dangers of drug and alcohol abuse, but you can't be sure they will heed your warnings."

Stephanie's main takeaway? Your kids are eventually going to have to own up to their own sh*t one day.

"As parents, we can't take too much credit for their successes. We can't take too much blame for their failures," she said, adding that, "Mama, remember that you can be an amazing person and have a kid who messes up. Through it all we keep trying because more than anything else, we really want to raise good people. We put our everything in to setting them up for greatness, but they are going to screw up from time to time. Give yourself some grace . . . You are a whole person who is defined by so much more than how your child is acting today."

Holiday For Kids
The 17 Best Holiday Movies to Watch With Little Kids, Ranked
by Sydni Ellis 4 days ago

Holiday For Kids
Your Kids Can Rest Easy: Dr. Fauci Says Santa's Immune From COVID-19
by Murphy Moroney 4 days ago