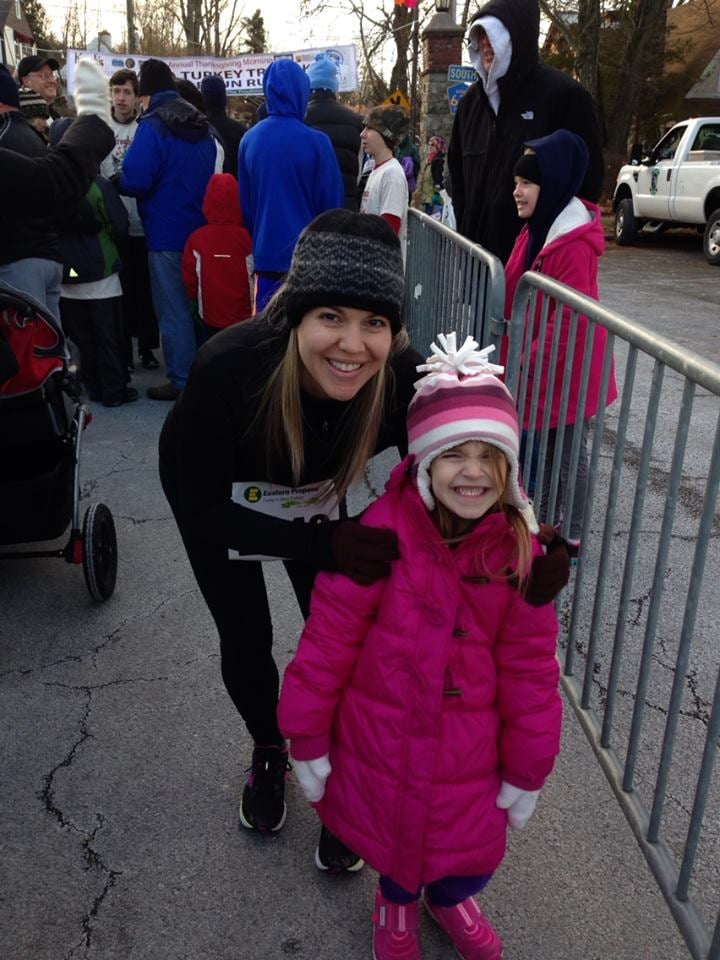 Dear Girls Who Will Grow Up to Be Women,

A long, long time ago, during a decade called "the '80s," I was a little girl growing up in middle class America. Like you, I loved to run and play and dream. And I was fortunate enough to have parents who never made me feel like there was something I couldn't do, just because I'm a girl.

I pitched in an all-star softball game when I was 9. I made all-state choir when I was 15. I starred in my high school musical. I went to a college I didn't think I could get into. I asked for a raise at my first job. I moved out on my own at 22. I don't share all of this to brag, but rather to prove that growing up, limitations were the last thing on my mind.

Of course, I encountered people, some of them men, who tried to limit me. I once had a male boss tell me I shouldn't go for a promotion because I wouldn't be able to succeed in the role. Would he have said that to a man? I don't know, but I loved showing him he was wrong about me.

"Always bet on yourself."

It's important that you know about the men who encouraged me, too. I'll never forget going on a blind date in my early 20s (I don't recommend this), and how the conceited hedge fund manager I shared dinner with actually gave me great advice I've carried with me to this day. I had confessed to him that I was at a career crossroads and expressed concern about my future. He looked at me and offered these simple, yet powerful words: "Always bet on yourself."

I also had strong women in my life who never acted like having boobs made them "less than." Teachers, bosses, and friends who kicked butt in their careers, had babies, traveled, and got advanced degrees. Then there's my mom, a woman who has never been afraid to stand up for herself (don't even ask about an embarrassing incident at a Blockbuster video store over a BS late fee; come to think of it, you've probably never heard of Blockbuster, so never mind).

Now that I'm a mom of three daughters of my own, I try to show them that girls can do anything. When my 9-year-old says she hopes to grow up to be an Olympic swimmer, I say, "I can't wait to cheer you on in the stands!" When my 7-year-old tells me she is going to own a dog walking business one day, I tell her how proud of her I will be. When my 4-year-old informs me she plans to be a mermaid when she's older, I say, "Why not?"

While I encourage my daughters to think of the world as limitless, I know forces outside of my control exist to limit them and all girls like them. Recently, we were watching the Super Bowl when my preschooler asked, "Why are there only boys playing?" My heart sank. How could I explain to my little girl that someone who looks like her has never been paid millions of dollars to throw or catch a football? "You can play one day if you want to," I answered, and I hope eventually, that's true.

I may not be able to directly impact gender diversity in the pro football world anytime soon, but I can, through my words and actions, prove to my daughters that their futures are theirs to create. They see that I am what I always wanted to be: a mom and a writer, among other things. And they've had front row seats to watch me accomplish goals and meet challenges, from crossing the finish line of a 5K race to coping with the unimaginable grief of pregnancy loss.

I believe as women, the most important thing we can do is be living examples of strong, capable, fearless, and imperfect human beings.

I believe as women, the most important thing we can do is be living examples of strong, capable, fearless, and imperfect human beings, so future generations (you!) will believe they can fall, but still get back up to realize a dream.

So to my daughters, and all the girls who will inherit the future, I say: if someone tells you that you can't do something, don't listen! Because the sad truth is, no matter how far we progress as women, there will always be someone there to say we can't. Surround yourself with people who tell you that you can. And, if there's no one around to encourage you, remember what my blind date once told me: "Always bet on yourself."

Signed,
A Former Girl Who Bet on Herself, and Still Does

Health
I Was "Stealthed" by a Partner. More States Need to Make It Illegal.
by Ashleigh Gray 21 hours ago