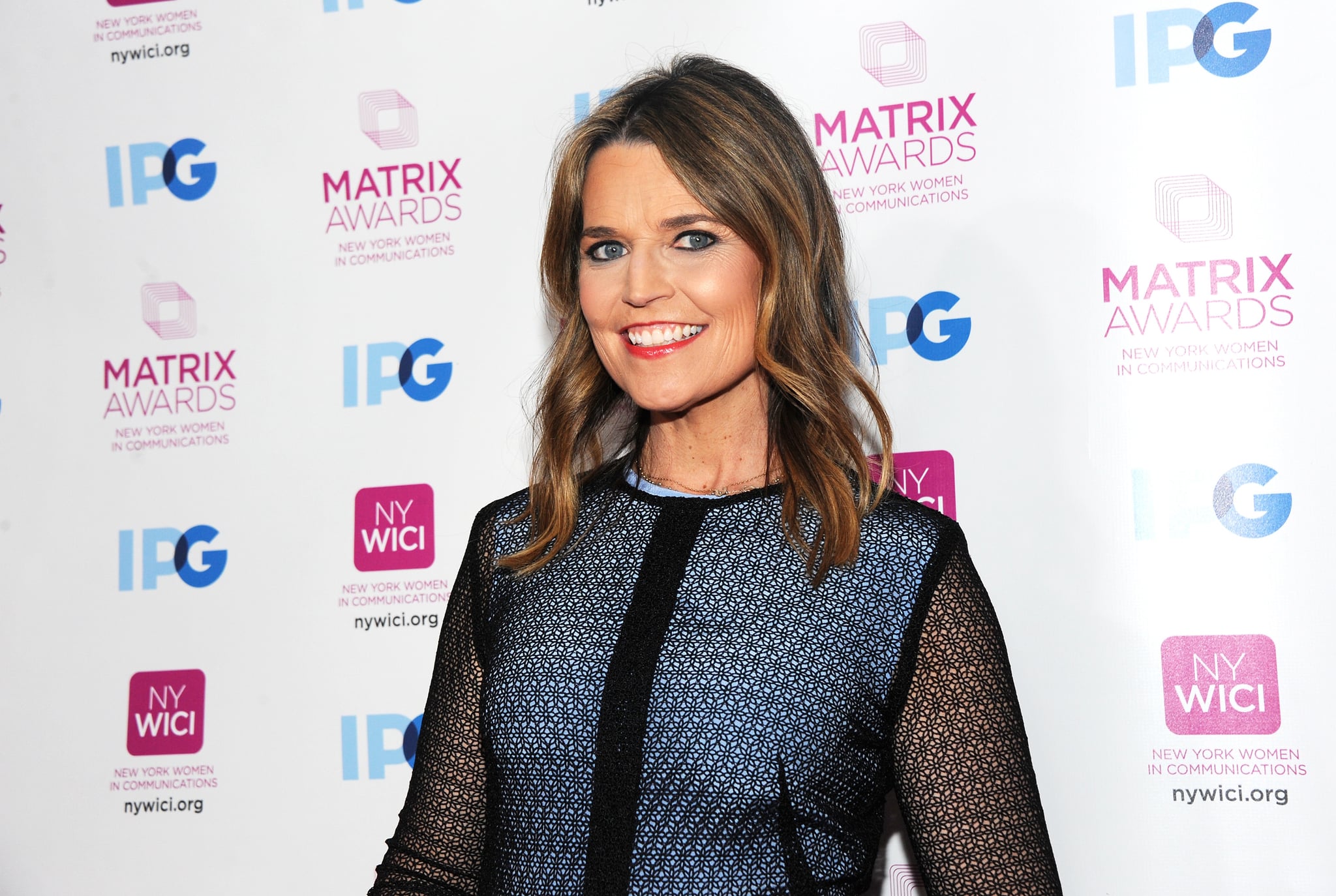 Savannah Guthrie understands the struggles many women face to get pregnant, and opened up about her experiences in the newest issue of Health. The Today cohost didn't become a mom until she was in her 40s, and while that wasn't always her plan, she recognizes there are some advantages to becoming a parent at a more mature age. She told the magazine, "I think one great thing about being an older mom is that you are at a different place in your career where, in many cases, you have a little more say over your schedule and the choices you make. In your 40s, and now my mid-to-late 40s, you have the difference in attitude where you can figure out what matters and what doesn't. And guess what? What matters is your family. Full stop."

The 47-year-old journalist and her husband welcomed their first child, their daughter, Vale, in 2014. She then gave birth to her second child, a son named Charley, in 2016 — and both kids are too freaking cute. Read more of Savannah's quotes on motherhood ahead, and check out her full cover story in the May issue of Health, on newsstands now.